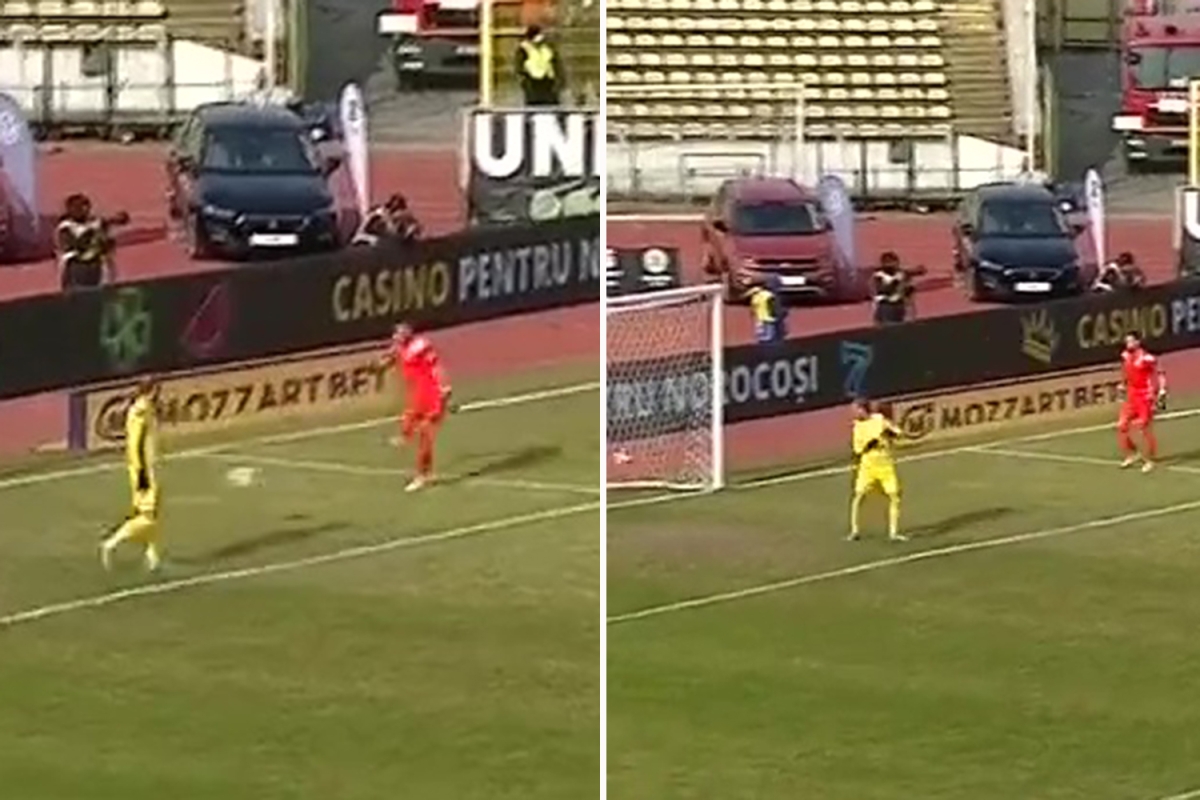 FOR a split-second it was the ‘best own goal in history’.

Romanian top-flight keeper Iustin Popescu blasted a goal-kick at team-mate Adrian Scarlatache, who saw it cannon in off his heel.

Breaking: The best own goal in the history of football was just scored in the Romanian top flight.
The ref canceled it because the ball was still bumping when the keeper hit it. Scenes! pic.twitter.com/wkN2E2ASDD

Social media had a Pop at the CS Mioveni flops – but referee Ovidiu Haţegan ruled the goal out.

He decided the ball was still moving when Popescu dropped it to take the goal-kick all in one movement.

But they can’t complain too much as Mioveni had already gifted them a 1-0 win with a genuine own goal that was almost as crazy!

Just seven minutes had gone when Alexandru Isfan streaked to the right byline for a pull-back which Dorinel Oancea met with a delicate touch.

Unfortunately for Oancea, though, it was a touch he will regret.

As the ball came across the six-yard box, the right-back seemed to hesitate, before flicking the ball into the far corner of his own net with a sidefoot volley.

Seven minutes later came the moment Popescu will want to forget – and in a sense can, thanks to the sharp-eyed ref.

The stopper, 28, casually struck a goal-kick sideways – but at some pace.

Fellow Romanian Scarlatache was walking backwards into the middle of the six-yard area at the time.

And the ex-Dinamo Bucharest defender took evasive action when he realised the ball was zooming towards him.

But it just made his own goal look all the more spectacular as it flew in off the back of his foot.

Popescu looked desperately towards ref Haţegan – and got the response he wanted with an instant whistle.

Journalist Emanuel Roşu tweeted a Look Sport clip of the incident and said: “The best own goal in the history of football was just scored in the Romanian top flight.

“The ref canceled it because the ball was still bumping when the keeper hit it. Scenes!”

Poor Popescu was infamous for a second – but will surely feel relieved for much longer.