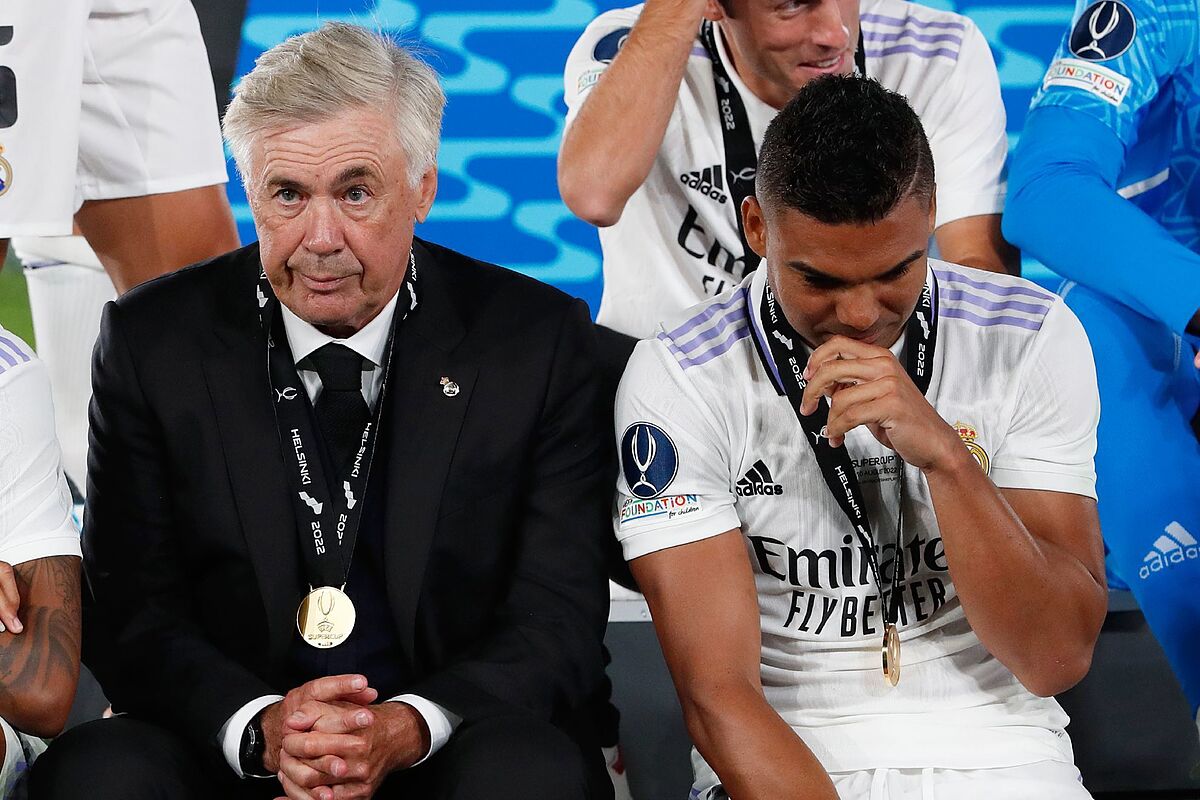 Manchester United have made Casemiro a very tempting offer, significantly improved compared to the 11 million euros per season that he earns at Real Madrid.

However, they have not contacted the club directly, with their strategy being to get the Brazil international to pass on the offer. This way, they are trying to get Los Blancos to facilitate his departure without demanding too high a transfer fee.

Something similar happened a few years ago, when Serie A giants Inter unsuccessfully tried to acquire the services of Luka Modric.

English media reports suggest that Manchester United are looking for a figure at around 60 million euros, which seems rather low for a player of his quality and one who is only 30 years old.

What is clear is that, at this stage, Casemiro is considering a move to Manchester United, which in a way gives the Red Devils hope that they will manage to lure the Brazilian midfielder to the Premier League.

In Casemiro‘s head, apart from the tempting financial offer, there is also the idea that his time at Madrid could be coming to an end after seven years of success and many titles, including four Champions League trophies alongside Toni Kroos and Luka Modric.

Real Madrid, for their part, are awaiting developments. The basic premise of Los Blancos is to respect the wishes of a player who is considered a club legend of the second most successful era in their history.

The club would be delighted to continue counting on Casemiro but, as was the case with Sergio Ramos and Raphael Varane in the past, they tried to anticipate this possible scenario with the signings of Eduardo Camavinga and Aurelien Tchouameni.