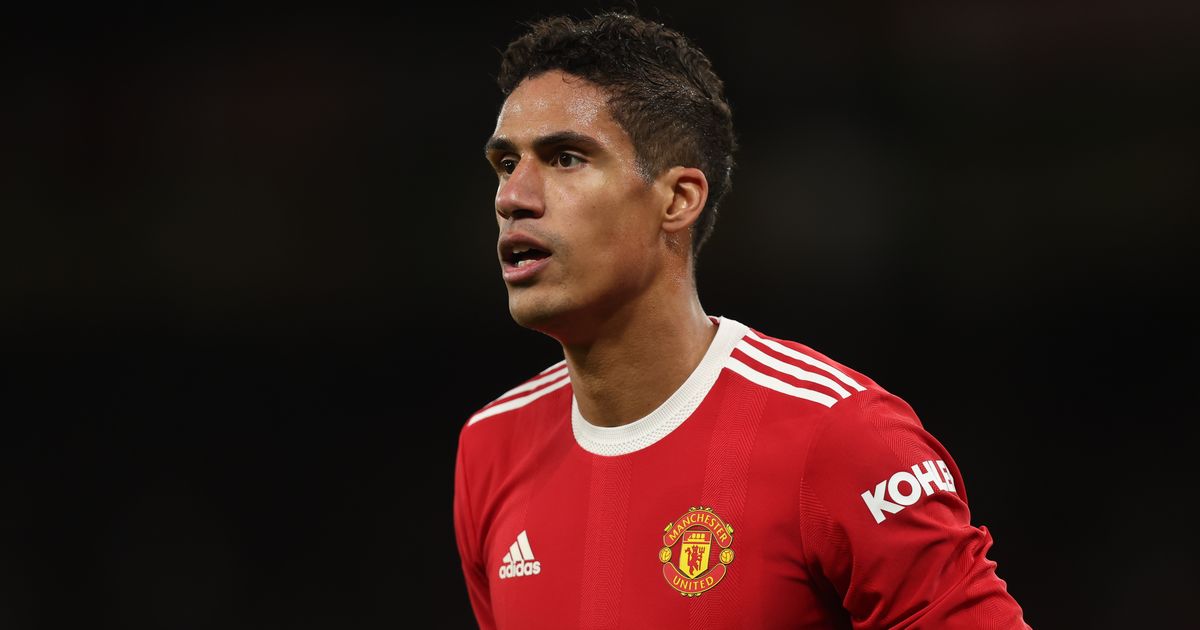 Raphael Varane was named in Manchester United’s starting XI for their clash with Brighton but has pulled out due to illness, while Paul Pogba and Marcus Rashford have been dropped

The Frenchman was named in the Red Devils’ starting XI on Tuesday evening but illness has forced the defender to drop out prior to the warm-up.

United said: “Raphael Varane is ill and will be replaced in the starting line-up by Victor Lindelof. The Swede’s place on the bench will now be taken by goalkeeper Tom Heaton.”

Meanwhile, Red Devils interim manager Ralf Rangnick has dropped Paul Pogba and Marcus Rashford to the bench, with the pair being replaced by Fred and Anthony Elanga respectively.

“It’s a bit about fresh legs after both Paul and Marcus played in the last couple of games,” Rangnick told MUTV. “Paul coming back from a long-term injury. That was the idea behind that.”

The United boss also wants to see improvement from his side and added: “It’s important to show our nice face, our beautiful face, it’s a bit like Dr Jekyll and Mr Hyde,”

“Today we have to show for the whole game our beautiful face, the nice side of what we did for the last three games.”

Join the debate! Will Man Utd beat Brighton? Let us know your prediction below.

Rangnick is also without Edinson Cavani for Tuesday’s match, with the striker picking up a groin injury before Saturday’s 1-1 draw with Southampton.

“If a player says he is not available because he is injured and we do a scan, and realise there is an injury, even if it is a minor muscle injury, if the player says he cannot fully sprint it makes no sense to have them in the squad.

“I would have loved to have him in the squad and maybe brought him onto the pitch in the second half against Southampton, but it was not possible.

“If it is frustrating or not, it would have been good to have him available. But in the end, he’s old enough… I think he is old enough to know if his body is ready in order to play or not.”

In addition, Rangnick has challenged the players that he does have available to improve on their recent results.

This week, the 63-year-old turned to the newly-appointed psychologist Sascha Lense to help United’s squad, following three successive games in which they have surrendered 1-0 leads in the second half.

“The situation is pretty clear: in 11 of 13 games we scored the first goal and we didn’t win all of them. In the last three games, it was very sad we didn’t win those games,” the temporary boss explained.

“It cost us four points in the league and a place in the next round of the FA Cup. When you concede an equaliser, this also affects the mind of the players. We should be 3-0 or 4-0 up and all of a sudden it’s 1-1.

“It affects the mind-set of the players. They are human beings, not robots. There are two things: number one is we have to be more effective to score a second and third goal to kill the game off.

“Even if this does not happen, just stick to the game plan, stay solid, stay tactically disciplined, and this is what we have to achieve and take the next step.

“If you concede early in the second half, this affects the confidence of the players. I spoke with Sascha about that and we speak to the players one by one about why we conceded the goal and what we should do to score a second or a third goal.

“The first halves have been really good, we didn’t concede a single goal. The next step is to raise our level and stay focused, physically, mentally, tactically.

“We gave away those goals too easily. It was just too easy and it was our own mistakes we made to let the other team score.”