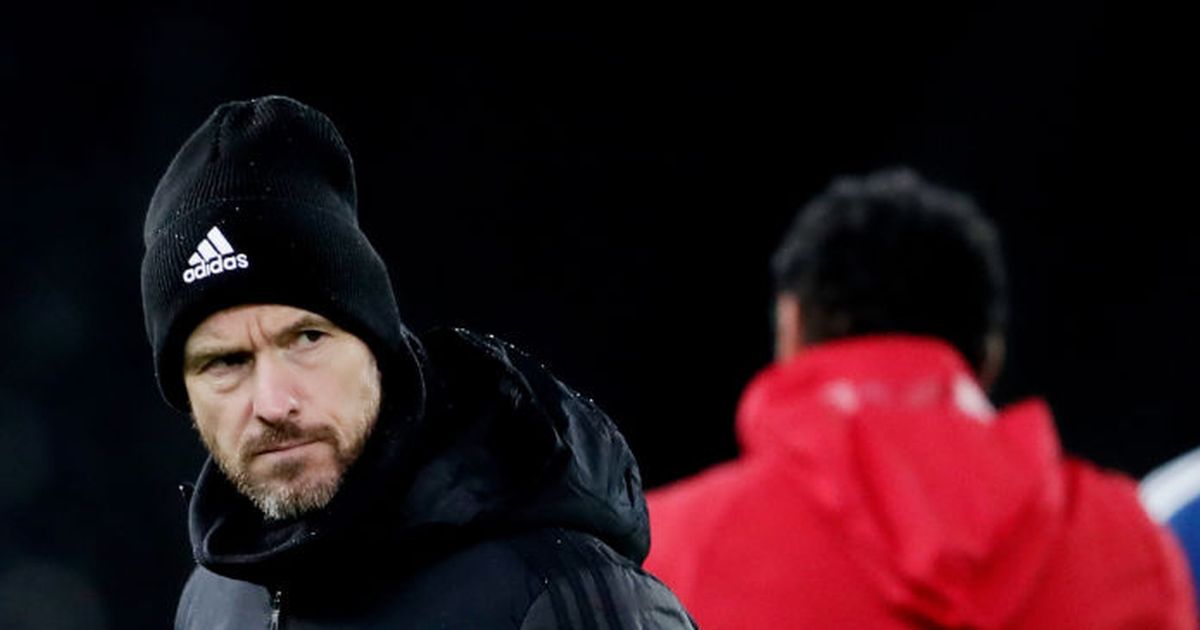 Erik ten Hag is ready to live up to his ‘Headmaster’ nickname in order to get Manchester United finally finding some solutions to their problems.

The Dutchman was officially unveiled as the fifth permanent successor to Sir Alex Ferguson on Monday and will now quickly go about running the rule over the dilapidated squad. Ten Hag got a first-hand glimpse of the Old Trafford dysfunction on Sunday, as he watched United’s worst-ever Premier League campaign end with defeat at Crystal Palace.

Mirror Football understands that the former Ajax boss is planning to quickly make his presence felt at United and has requested a full profile of each member of his playing squad. The detail-oriented tactician wants to know every individual’s plans, including where they intend to go on their summer break.

Having already held Zoom chats and exchanged WhatsApp messages, United’s players have been given an early glimpse into the intense style of their new First Team Manager. “You sleep and live football,” he told the club’s media team as he prepares the arduous task of the biggest United overhaul since Ferguson’s retirement in 2013.

“A manager is 24/7,” he explained. “You live for football and if you want to prepare a season and if you have to prepare a team from game to game, we have to play a game every three days so it’s a lot about football.”

For much of last season, leaks permeated out of the club’s Carrington training complex, first against Ole Gunnar Solskjaer, then against his interim successor Ralf Rangnick and assistant Chris Armas. And United’s underperforming stars have already been warned about Ten Hag, who has high expectations with a summer of gruelling training sessions on the horizon.

HAVE YOUR SAY! Will Ten Hag win the league as Man Utd manager? Let us know in the comments

“I really like him as a coach, he’s very demanding though,” Dutch goalkeeper Nick Marsman told The Sun. “At Ajax, at first he changed a lot in the training and he demanded a lot of [the] team. They were unsure, they were like: ‘We are already playing at a high level, why are we doing this? We aren’t doing this every day.’

“But after a while they were saying: ‘Yes, it works.’ So all this stuff takes time but if anyone shows a lack of concentration or focus he’s right on top of that.”

Mirror Football discovered that one former United player, who has experience playing under Ten Hag, has told the current crop to expect meticulous detail with the prediction he will have them “dreaming about pressing in their sleep”.

Players have also been told about Ten Hag’s fierce side and how he can strike fear into players “just by giving a certain look” if they do not do as he demands. He’s made no secret of his high standards during his introductory interviews as well, telling his new players that ‘good’ will not be good enough.

“I have high expectations from myself and that is also what I demand from my squad,” Ten Hag told his new charges. “They have to cooperate together and they have to give every day their best. And I would say, for me, good is not good enough. We have to do better.

“Everywhere I was in my career, I have high demands on my players,” he added. “I expect them to fight and give 100 per cent. I already mentioned that only good is [not] good enough – no, not only that.

“We have to do better and they have to cooperate. They have to be unified, to form a team, and to battle the opponent.”