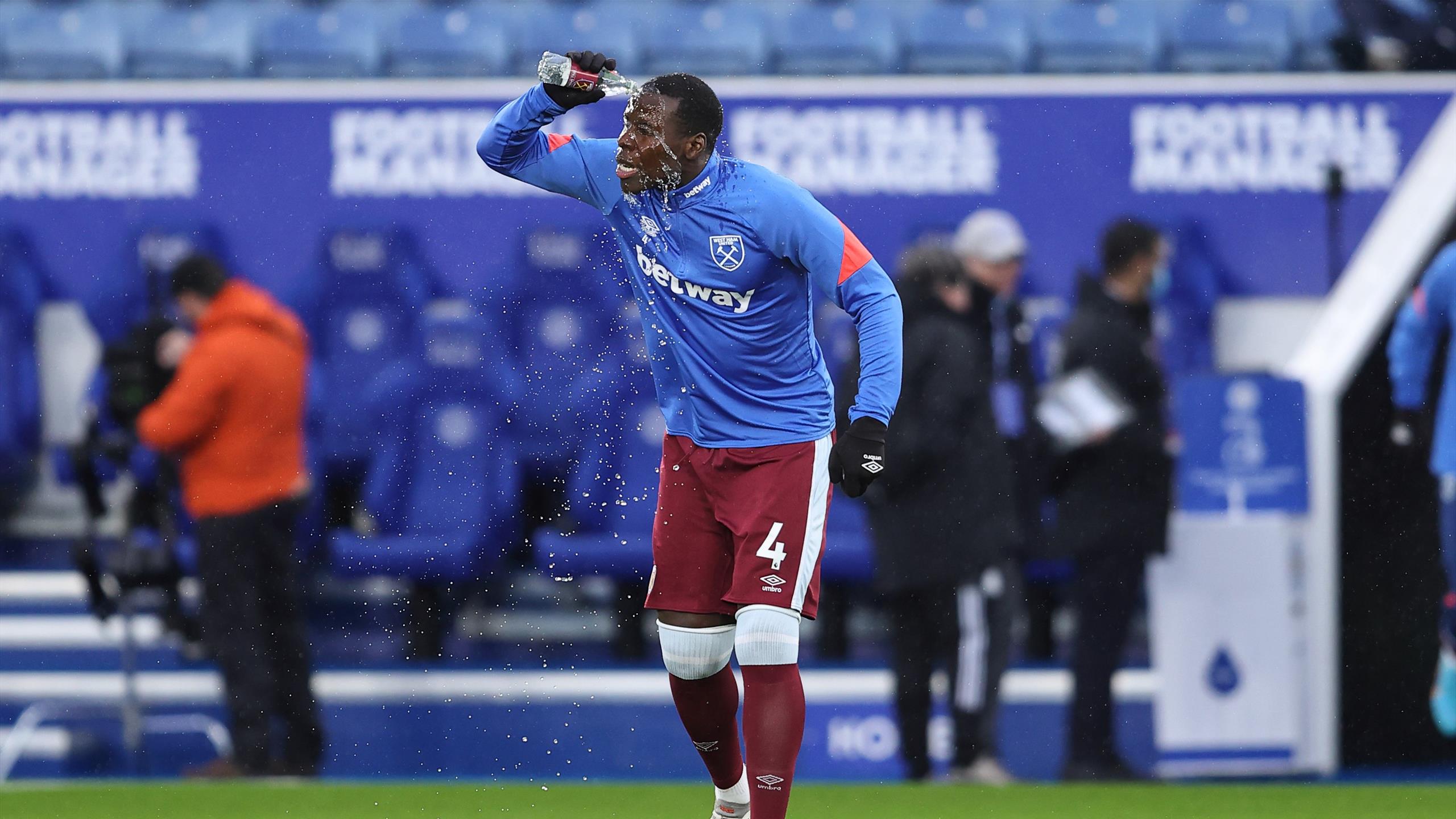 Kurt Zouma has been removed from the starting lineup for West Ham’s Premier League fixture with Leicester City after feeling unwell in the warm-up.

Zouma has been under intense scrutiny in recent days after footage emerged of him kicking his pet cat.

Hammers boss David Moyes had stood by his defender, keeping in his XI for the win over Watford on Tuesday, and initially for the trip to the King Power Stadium.

But after pulling up during his side’s warm-up, Zouma conversed with medical staff before heading down the tunnel. The BBC reported that the 27-year-old had problems with his vision and had been sick earlier in the day.