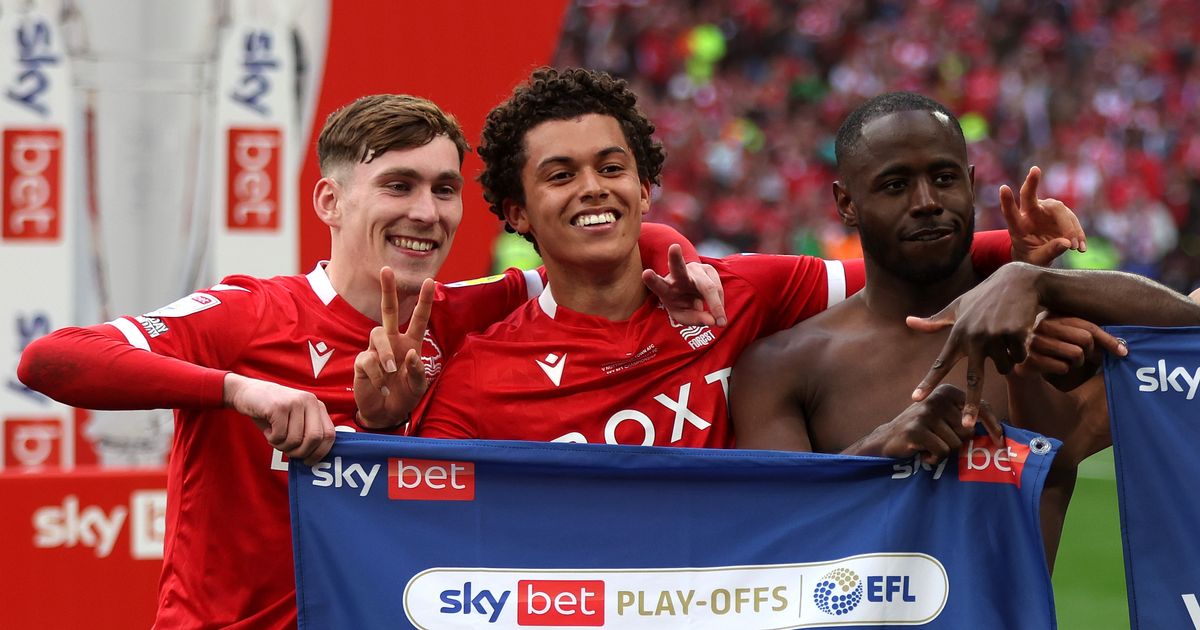 The midfielder has caught the eye in his second loan stint with Forest, playing a crucial role in the 1-0 win over Huddersfield Town in the Championship play-off final at Wembley

The Manchester United midfielder arrived for a second loan spell at the start of the season and has dazzled in the engine room. Sunday saw Garner play a starring role as Forest beat Huddersfield Town 1-0 at Wembley in the Championship play-off final.

He played a huge role in the only goal of the game with his teasing, curled cross being diverted into his own net by Huddersfield defender Levi Colwill. That proved the difference as Forest sealed a remarkable promotion having been bottom when manager Steve Cooper arrived in September.

They will now play top flight football for the first time this century, having not done so since the 1998-99 season. Garner’s future remains unclear, with his second loan stint now over but with his parent club having a new boss at the helm.

Erik ten Hag will no doubt be looking at every option available to him as he looks to help the club recover after a horror campaign. And there is speculation that Garner could well be part of that.

Can Garner be a key player for United next season? Have your say in the comments below.

Speaking in the matchday programme, the 21-year-old reflected on his second loan stint, saying: “The whole idea of a loan is to show everyone what you can do, get better and put yourself in the best possible position to go back to your parent club.

“I don’t know what that will consist of at the moment, but I feel like I’ve given myself the best possible chance to go in and do my best.

“I came to Forest when they were low down in the league, but playing week in and week out has been really beneficial. The overall feel around the club, the staff, the fans – everyone associated with Forest have made me feel welcomed from day one.

“As a player I’ve developed a lot. Everyone says this league is probably one of the hardest in the world. You learn a lot from playing against good teams and experiencing a lot of good battles. I’ve also been alongside teammates who have played in the Premier League and they’ve shared a lot of advice with me, so I’m lucky to have had this opportunity and it’s definitely put me in good stead for the future.”

Garner chipped in with nine assists in the Championship this season and his next move seems almost certain to see him playing in the top flight, although whether it is with United, Forest or neither remains to be seen.

Cooper was asked post-match if he would be interested in taking the midfielder back next term but stopped short of mentioning anything to do with next year. Instead he praised the contribution of Garner and his fellow loanees such as Keinan Davis and Djed Spence.