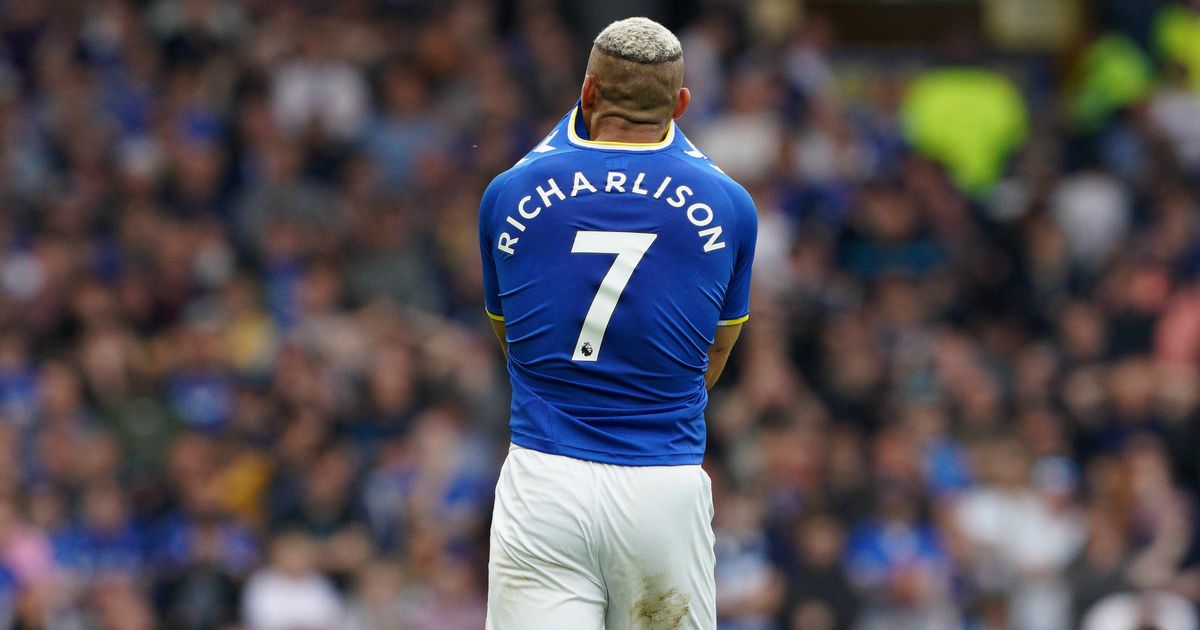 Frank Lampard’s Everton will look to get back to winning ways to aid their survival bid when they host Patrick Vieira’s Crystal Palace on Thursday, where a win could secure their top flight status

Everton’s survival hopes took a huge blow on Sunday in their 3-2 defeat to Brentford but they now have the chance to potentially secure their survival with a victory over Crystal Palace in their game in hand on Thursday night.

The Eagles have officially secured their safety after a four match unbeaten run but that won’t mean that they will roll over easily here, as the south London outfit target a top half finish this season.

A win for Everton could secure their safety should Burnley fail to beat Aston Villa on the same night, while three points for Palace would move them into the top 10 ahead of the final matchday of the season.

When is Everton vs Crystal Palace?

Everton vs Crystal Palace will kick-off at 7:45pm on Thursday, May 19 at Goodison Park.

The last meeting between these two sides came in an FA Cup quarter-final tie back in March, when the Eagles thumped Everton 4-0 at Selhurst Park.

Goals from Marc Guehi and Jean-Philippe Mateta had the host in control at half-time, before they doubled their lead in the second half through Wilfried Zaha and Will Hughes to book their place in the semi-finals of the competition.

Will Everton get enough from their final two games to stay up this season? Let us know your thoughts in the comments section below.

The original date for this fixture had not been selected for live coverage and will not be televised once again here.

However, Sky Sports will be showing a re-run of the game at 10:30pm on Sky Sports Premier League.

In what is a huge game for Frank Lampard’s side in their final home match of the season, the Toffees boss will have a selection nightmare to contend with for this fixture, in which he could be missing up to nine players, which includes suspensions for Jarrad Branthwaite and Salomon Rondon.

Michael Keane (illness), Donny van de Beek (groin), Ben Godfrey (thigh) and Fabian Delph will all have to pass late fitness tests if they are to feature here, but Lampard is set to remain without Yerry Mina (calf), Nathan Patterson (ankle) and Andros Townsend (knee) for this game.

As for Patrick Vieira, he may opt to make one or two changes for this tie ahead of their final home game of the season against Manchester United on Sunday, but he will remain without three players nonetheless as they look to extend their unbeaten run to five matches.

James McArthur (calf) is not expected to make a full recovery in time for this game and will have to wait until this weekend to return to the side, while Michael Olise (foot) and Nathan Ferguson (thigh) are the only other injury concerns for the Eagles.