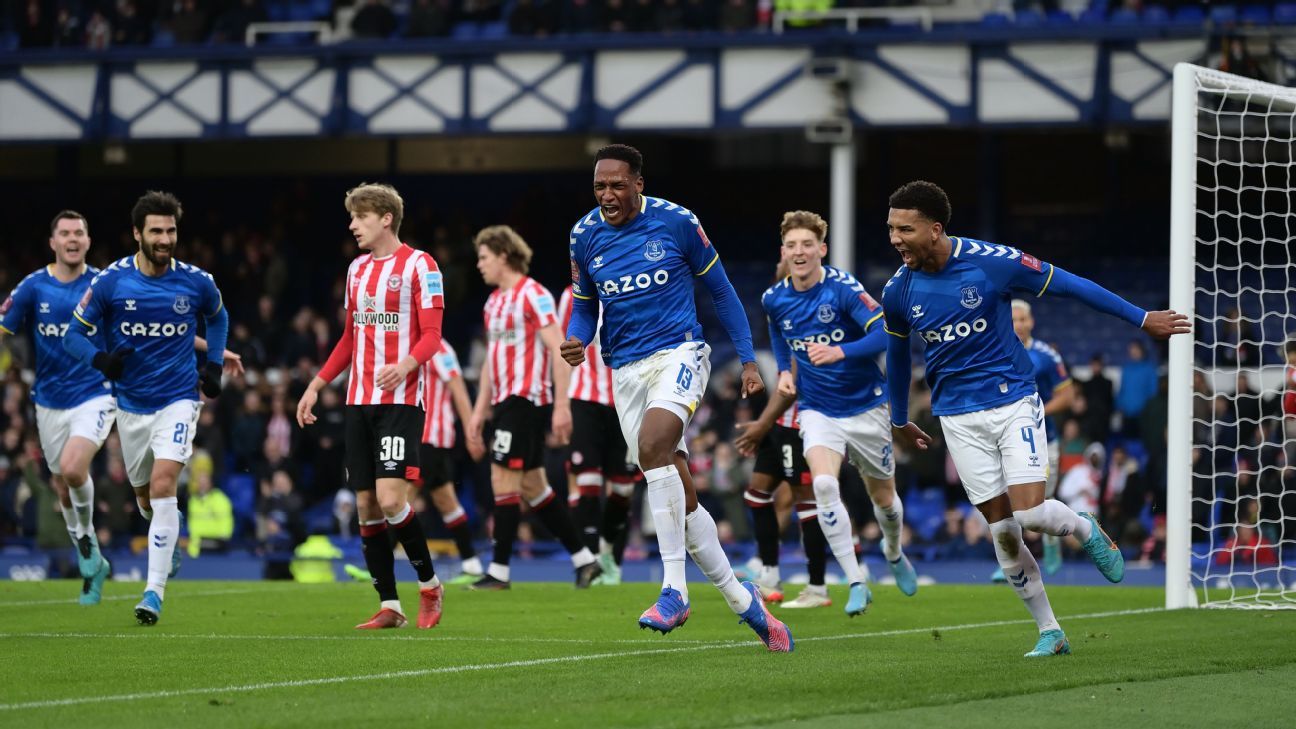 Everton thrashed fellow Premier League side Brentford 4-1 in the FA Cup fourth round on Saturday as Frank Lampard got off to a strong start in his first game as manager.

Yerry Mina headed Everton in front in the 31st minute from a corner after coming on as a substitute for the injured Ben Godfrey and the Colombian defender went straight across to embrace Lampard, who was named as Rafa Benitez’s successor last week.

Brazil international Richarlison doubled Everton’s advantage three minutes into the second half before Brentford got back into the game thanks to a penalty from forward Ivan Toney.

Toney could have snatched an equaliser but narrowly missed the target and Everton quickly punished the west Londoners, Mason Holgate striking to restore the Merseysiders’ two-goal advantage.

Andros Townsend rounded off a fine debut in the Everton dugout for Lampard by hitting a fourth goal for the hosts in added time.