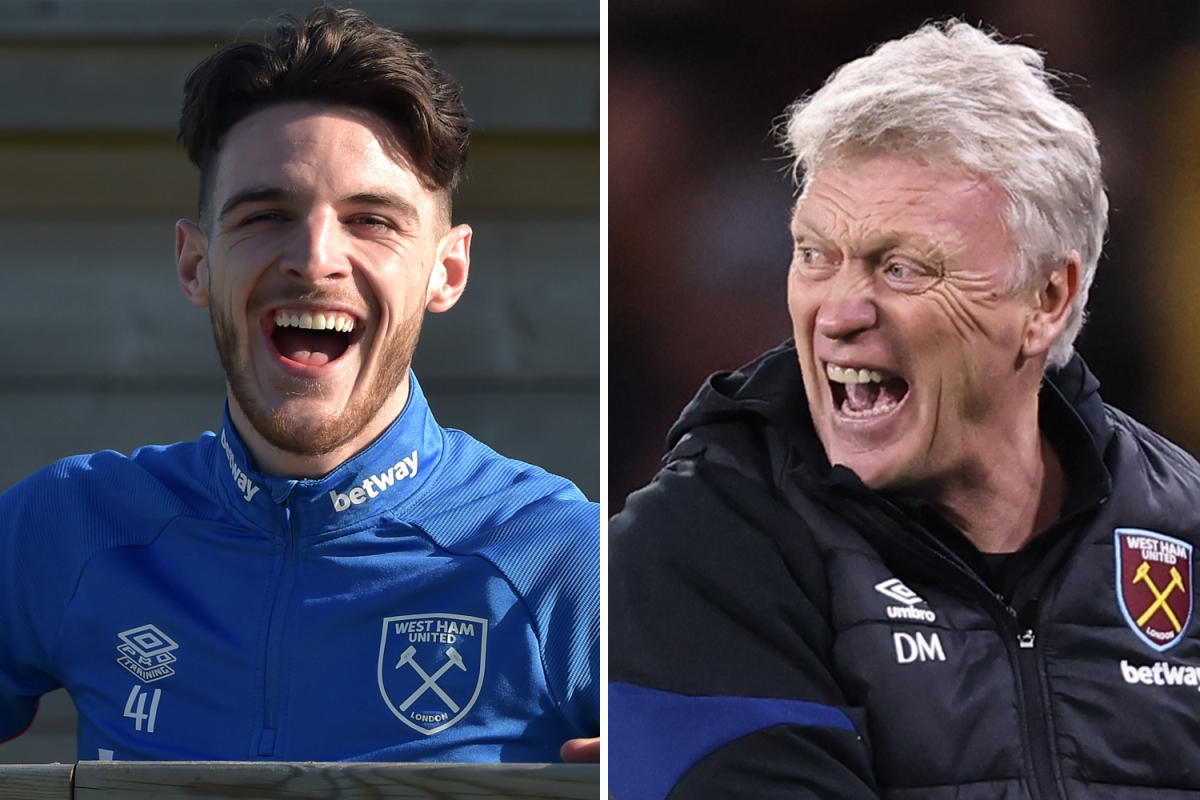 DAVID MOYES has told Declan Rice to ignore the dance critics and focus on becoming the next England captain.

Rice hit a stunning stoppage time equaliser away at non-league Kidderminster in the FA Cup fourth round as West Ham avoided one of the most embarrassing losses in their history.

The Hammers midfielder, 23, celebrated by producing some Michael Jackson dance moves in front of the travelling fans that saw him criticised on social media.

But boss Moyes is keen to let Rice – who he believes will be worth more than £100m in the summer with rivals sniffing around – express himself for club and country.

Rice is on the brink of making is 175th appearance for West Ham since making his debut in 2017, and already has 27 Three Lions caps to his name.

And ahead of their home clash with Watford, Moyes said: “Dec’s a really young boy and has made incredible strides as a player.

“He conducts himself incredibly well but he is still young and what comes from youthfulness is not always what everybody else wants you to do.

“He’s got no edge. He loves his football and is great company for all the players in the dressing room. I don’t think there is any harm.

“The way the game had gone – and especially as he had scored a wonderful goal – why not celebrate?”

Moyes added: “Dec will continue to improve with his age. He is learning an awful lot from Noble.

“And I have said many times he should look at Harry Kane and Harry Maguire and all those senior players he is involved with at England and take as much from them as he can.

“Because in the future there is no doubt he is in with a great chance of being the England captain.

“We are really pleased to have him and he is a really impressive young man.”

Rice’s goal against Kidderminster was his fourth of the season – including just one goal to his name in the Premier League thus far.

Asked whether this needs to become more of a feature to his game, Moyes said: “It’s coming, but with Tomas Soucek alongside him, Dec has been more defensive.

“The thing is that he has the ability to score goals as well so we are trying to balance that out.

“People who watch him regularly will see he gets into more goalscoring positions and is more likely to score.”

West Ham last played Watford in late December – coming from behind to beat them 4-1 at Vicarage Road – but they have since replaced Claudio Ranieri, 70, with Roy Hodgson, 74.

Moyes said of Hodgson: “Roy’s love for the game is incredible. To have any level of success you have to have a huge love of the game and he has once again shown he has got that.

“If anyone can keep Watford up Roy would be the name I would pick. Big Sam would be another one. But Roy with his experience will give them a bit of a chance.”