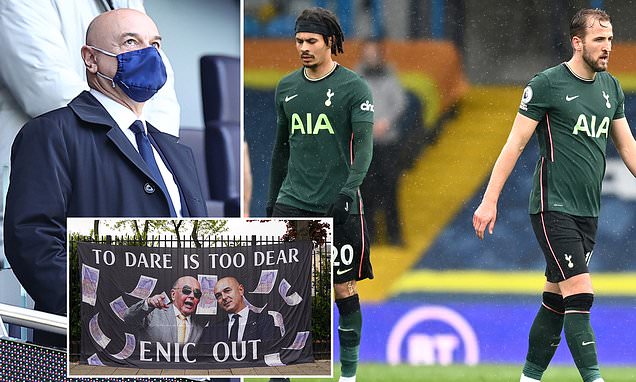 I want to start my notes by saying I hope you and your loved ones are well after what has been a challenging, often overwhelming year – and one that has called for immense resilience.

The hope must be that we are now looking ahead to a return to what we all enjoyed before the pandemic struck. Today is an excellent example – the opportunity to come together, return to our home and for 90 minutes cheer the team on.

This season, for many reasons, we have not met our raised expectations on the pitch. Since we lost the Champions League Final in June, 2019, we have invested in excess of £250m in new players. Everyone had high hopes with the squad we had assembled.

Unfortunately, despite sitting top of the Premier League in December, we have not been able to sustain this position. We reached the Carabao Cup Final, however we had a disappointing exit from the Europa League and now find ourselves fighting to qualify for Europe, having competed in European competition for 14 of the last 15 seasons.

The new stadium is pivotal to generating revenues to invest in the squad. Every single penny generated gets re-invested back into our Club.

We are absolutely clear that central to our ambitions is a successful football team – it is what we all crave. We have come close over the last seven seasons and everyone’s focus is on a return to regular Champions League participation and competing for honours.

I have said it many times and I will say it again – everything we do is in the long-term interests of the Club. I have always been and will continue to be ambitious for our Club and its fans.

As a Club we have been so focused on delivering the stadium and dealing with the impact of the pandemic, that I feel we lost sight of some key priorities and what’s truly in our DNA. Our work in the community and with the NHS is an example of when we get it right, but we don’t get everything right. It has never been because we don’t care about or respect you, our fans – nothing could be further from the truth.

We have announced we shall establish a Club Advisory Panel that we believe will provide wide, authentic representation and ensure our fans are at the heart of Club decisions, with the Chair to be appointed annually as a Non-Executive of the Board with full voting rights, a first for any Premier League club.

We shall focus on the recruitment of a new Head Coach. We are acutely aware of the need to select someone whose values reflect those of our great Club and return to playing football with the style for which we are known – free-flowing, attacking and entertaining – whilst continuing to embrace our desire to see young players flourish from our Academy alongside experienced talent.

It has been evident all season just how much we have missed your presence in the stands. It is a huge lift for all of us to have our final home game of the season with so many of you back here to support the team.

I want to thank you all for your tremendous support as always this season, despite having to watch much of it from afar, both here and around the world.

The players and coaches will show their appreciation at the final whistle and thank you for your fantastic support in such extraordinary circumstances.

I want to give my thanks to Ryan Mason and the coaches, Chris Powell, Nigel Gibbs, Ledley King, Michel Vorm and Perry Suckling who have stepped in to lead the team through to the end of the season – and to our players – they have had to continue to perform and be professional during times when they and their families have also been affected by the pandemic.

I should also like to thank all our staff for their continued hard work in often trying circumstances. Whilst many enterprises ceased to operate they continued to deliver football matches and drive off-pitch digital and virtual projects.

I urge everyone to get behind the team as we look to finish the season strongly and hopefully secure European football again next season.

I hope you and your families have a great summer break and that we welcome you back in August to a full capacity stadium.

We are all part of the Spurs family and together we are stronger.