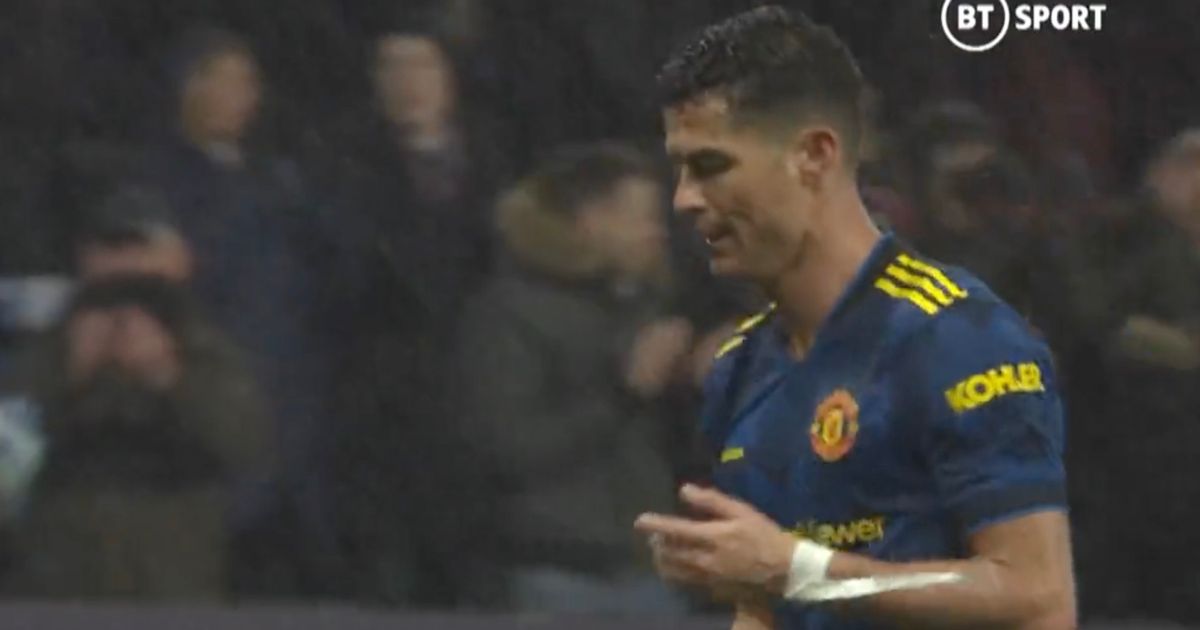 Cristiano Ronaldo wasted no time in running straight down the tunnel after the full-time whistle as Manchester United dropped points at Burnley.

The forward didn’t start at Turf Moor but was brought on as his side sought a winner against the Premier League’s basement side.

However Ronaldo, who celebrated his 37th birthday at the weekend, couldn’t produce, and when the referee blew for full-time United’s No 7 jogged straight off the pitch.

Starting on the bench is not something Ronaldo will be accustomed to, but his failure to score means he’s gone five games without a goal.

United’s stalemate also means they lose ground in the race for the top four, with pressure growing on Ralf Rangnick’s men.

Will Man Utd finish in the top four? Have your say in the comments!

This wasn’t the first time that Ronaldo has exited the field immediately after the final whistle, without acknowledging opponents or United’s supporters.

Indeed, Gary Neville has previously lamented Ronaldo for running straight off when the whistle blows.

He did so earlier this season against Everton – another game in which he started on the bench. But it was after a draw at Newcastle back in December that Neville took aim at several players, with Ronaldo one of them.

“It’s annoyed me for about two months,” he said on Sky Sports.

“The best players in your team, it’s devastating when they’re showing that look and body language to the younger ones. They have to help them.

“They have to be the father, the grandparent in the team. I made massive mistakes at Man Utd but I had great senior players who would have a go at me but also put their arm around me I think there’s something wrong.

“At the end of the day, I love that lad [Ronaldo], he’s the best I’ve ever seen in my life at times, but don’t run off like that. I’m not having that.”

United scored three times in the opening 45, only to see two of them disallowed.

Interim boss Rangnick bemoaned their second-half intensity but was adamant their display deserved more than just a point.

He said: “In the second half we were not aggressive enough. It was clear they would come out and be aggressive. The way we allowed them to score, we didn’t defend the whole situation.

“A frustrating night for us because we should’ve won that game comfortably.