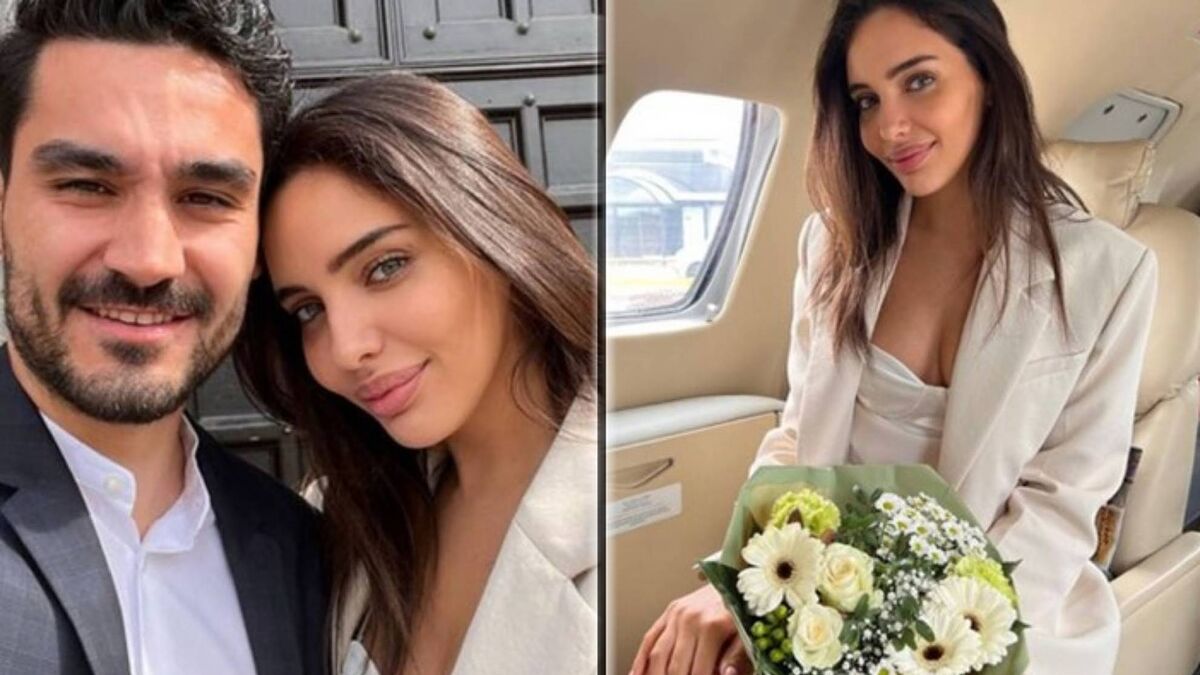 Model Sara Arfaoui has denied rumours that her husband Ilkay Gundogan, who is reportedly on the way out of Manchester City, has held talks recently about joining Real Madrid.

It was reported that Gundogan had flown to Madrid on a private plane, which has forced the model to deny negotiations with Los Blancos.

“We are married,” Arfaoui revealed, with their marriage having taken place in secret.

“We are very happy.

“We wanted to keep it private, but unfortunately after this fake news about my husband I felt obliged to tell the truth.”

Gundogan, who has scored 36 goals in 156 games for Manchester City, also denied his trip to Madrid.

“I have never been to Madrid,” Gundogan said.