Real Madrid vs Osasuna: Predicted line-ups, kick off time, how and where to watch on TV and online 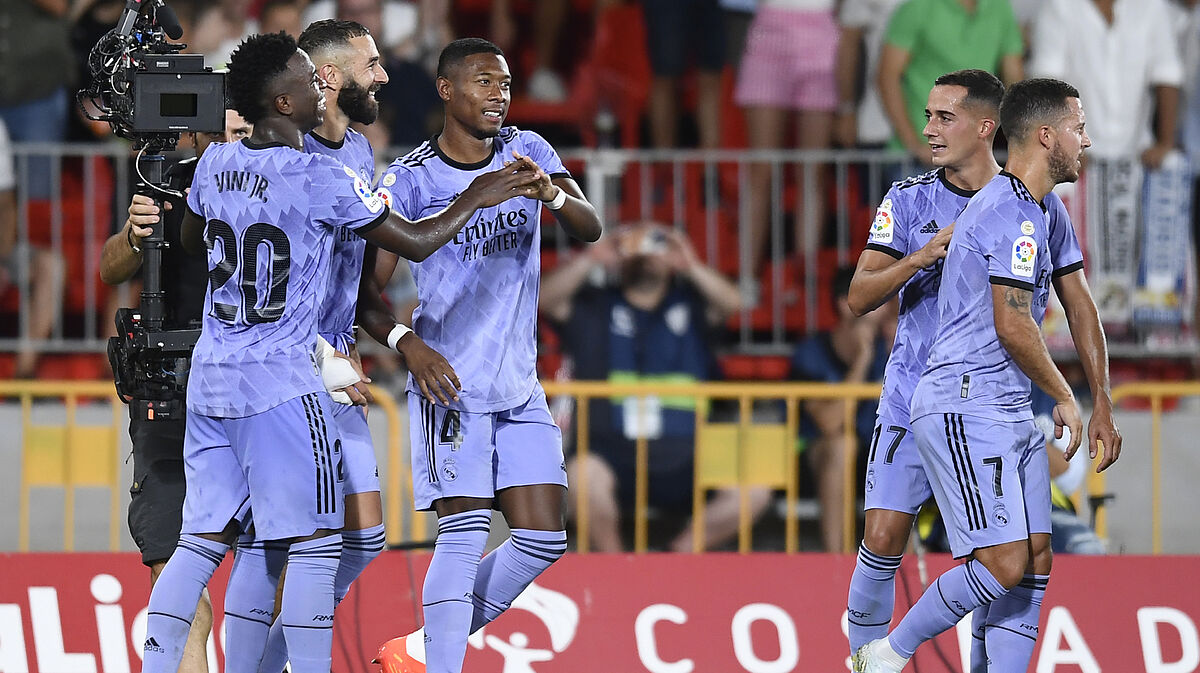 Heading into the season as one of the favourites for the domestic crown, Real Madrid were able to survive a notable scare in their opening match of the LaLiga season, coming from behind to defeat Almeria 2-1.

After the positives of the midweek victory over Eintracht Frankfurt, Los Blancos were expected to steamroll the newly-promoted side.

However, Real Madrid could hardly have wished for a worse start to the defence of their domestic crown as Almeria broke the deadlock within six minutes.

Inigo Eguaras provided a perfect defence-splitting pass through the middle towards Largie Ramazani, who was able to stun Real Madrid with a side-footed shot into the bottom corner of the net.

It was a goal which knocked the visitors, who simply didn’t expect to be behind so early, especially after such a positive pre-season which culminated in an easy victory over Eintracht in the UEFA Super Cup.

?Real Madrid fought back against Almeria

Los Blancos did almost hit back right away, although Karim Benzema made a rare mistake as he fired a shot over the crossbar from close range after some excellent work from Vinicius Jr.

In the 26th minute Benzema came within inches of redeeming himself, with the French forward jumping perfectly to head the ball towards the goal only for Fernando Martinez to make a world class diving save.

Momentum slowed for the visitors after the cooling break on the half-hour, however Lucas Vazquez thought he had levelled the match just before half-time.

The Spaniard put the ball into the back of the net, but it was disallowed due to him being in an offside position.

To say Los Merengues had piled pressure on Almeria would be an understatement, by the 49th minute of the game the corner count was already 13-0 in favour of the Spanish champions.

Federico Valverde‘s stunning pass across the face of goal missed the head of every Real Madrid attacker, with those in attendance unsure as to how the hosts were remaining in front.

The pressure created by Carlo Ancelotti‘s side would soon pay off though as Vazquez scored a goal that counted just after the hour.

Benzema produced a clever drag back, passing the ball towards Vazquez at the back post and he couldn’t avoid tapping the ball into the net.

From there it seemed just a matter of time before Real Madrid would take the lead, a lot of the spirit and energy had gone from Almeria‘s diligent defensive display, and it was David Alaba who gave the visitors the lead with 15 minutes to go.

The Austrian international has seldom been able to show his prowess from set-pieces since joining from Bayern Munich, yet his free-kick from just outside the penalty area was perfectly struck over the wall and into the net via a cushioned assist from the right-hand post.

After seeing Barcelona falter in their opener on Saturday evening, the first advantage of the campaign was taken by a Los Merengues side that is incredibly comfortable with the direction in which they’re moving under Ancelotti.