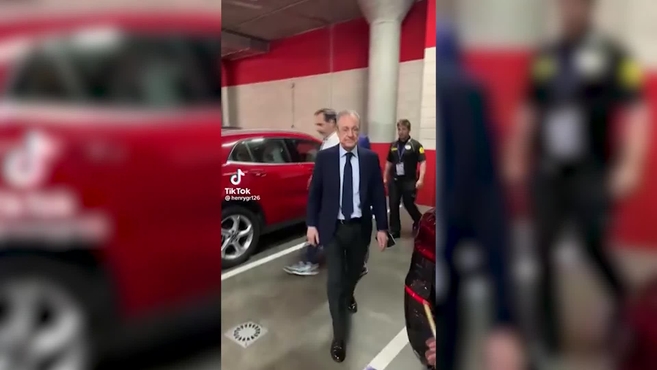 Florentino Perez didn’t hesitate to joke about Kylian Mbappe when a fan advised the Real Madrid president against bringing the France international to the club in the future.

The clip has been shared on social media in recent days, at the same time as Mbappe has come in for scrutiny in Paris.

“President, don’t bring Mbappe,” the fan is heard saying in the video.

Then, the Real Madrid president smiled and replied “The man must be regretful”.

Mbappe‘s contract was set to expire this summer, but the Frenchman decided to turn down Real Madrid‘s offer and put pen to paper on a new deal with Paris Saint-Germain.

The Ligue 1 champions had previously rejected an offer from Los Blancos who pushed to acquire Mbappe‘s services last summer.

Despite winning the league title, PSG didn’t live up to expectations in the Champions League last season.

They were knocked out by Real Madrid in the round of 16, with coach Mauricio Pochettino and sporting director Leonardo parting ways with the club.

The man who has succeeded Pochettino is Christophe Galtier, who was in charge of Nice last season. Meanwhile, back in June the club announced that Luis Campos had joined PSG as football advisor.