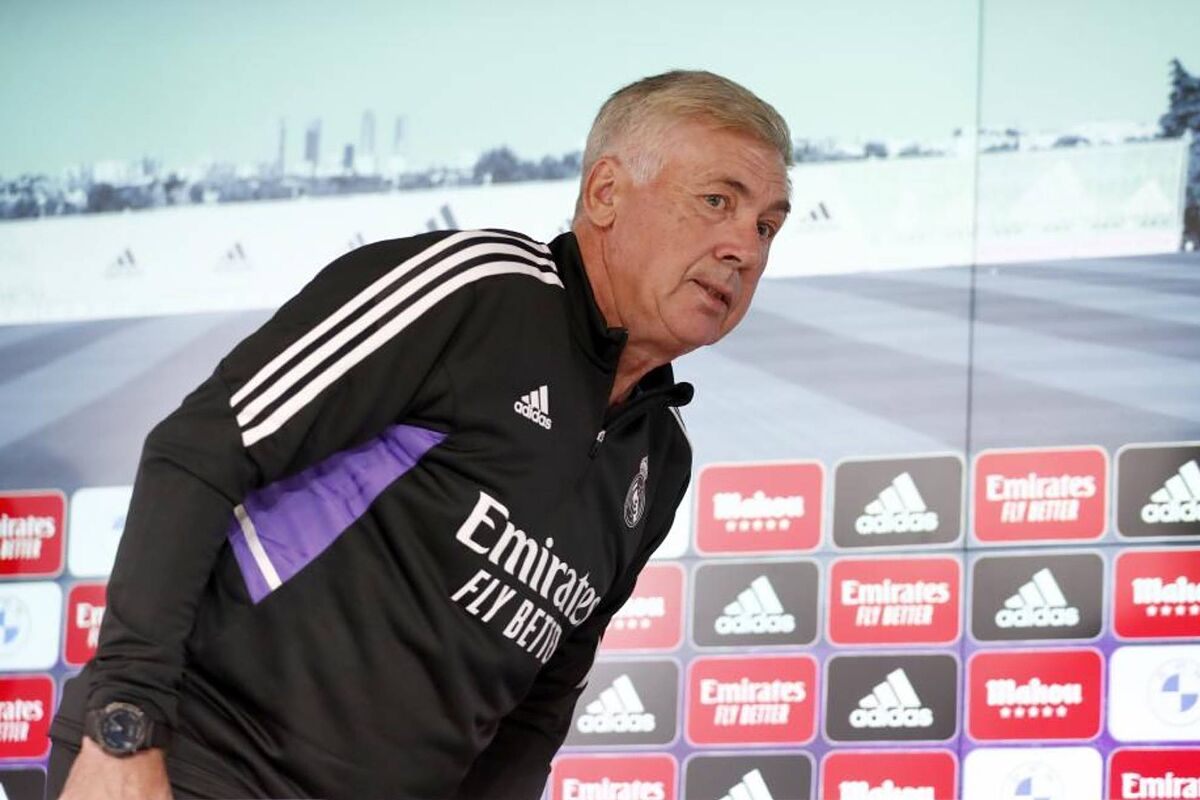 Carlo Ancelotti appeared at the Valdebebas press room in a relaxed mood, with his focus solely on the match against Osasuna and without thinking about the marathon of games coming up in October.

Los Blancos will play nine matches in 27 days. Madrid have nine consecutive victories so far this season and are two away from their best start in 120 years of history.

Ancelotti‘s Madrid are unstoppable, and the FIFA virus hasn’t hurt them too much either. Only Luka Modric has come back from a break in which he has been able to bring Karim Benzema back from injury.

“It’s an important moment, with many matches in a short time. LaLiga, Champions League…,” he said.

“We have to think that rotation will be important, because we play every three days. Everyone will give and put in their quality and commitment.”

“Benzema is doing very well, he’s going to start the game,” he said.

“He has done the whole week [of training] with the team. His physical condition is good because he has been able to recover well and then work well.”

On Modric, less so.

“It’s not very serious, but it will be a race against time for Wednesday [in the Champions League],” he said. “If not, he will arrive by the end of next week.”

Fede Valverde was compared to Steven Gerrard by Luis Suarez, and Ancelotti liked the comparison.

“I agree, it’s good that Federico is being compared to him,” he said.

“Valverde has everything to reach Gerrard’s level and even more.”

Madrid were good without Benzema, but Ancelotti insists that they missed him.

“He hasn’t scored goals because he hasn’t played. Karim is the same as always,” he said.

“We’re going to go back to talking about the usual Karim, who is spectacular.”

Ancelotti was also asked about how he would manage the build up to the World Cup.

“We’re going to see how we manage this. Maybe we won’t play with the World Cup players until mid-January and we’ll only play with the players who stay here in Valdebebas,” he said.

“I think we have to give them a rest and then maybe a pre-season, we’ll see.”