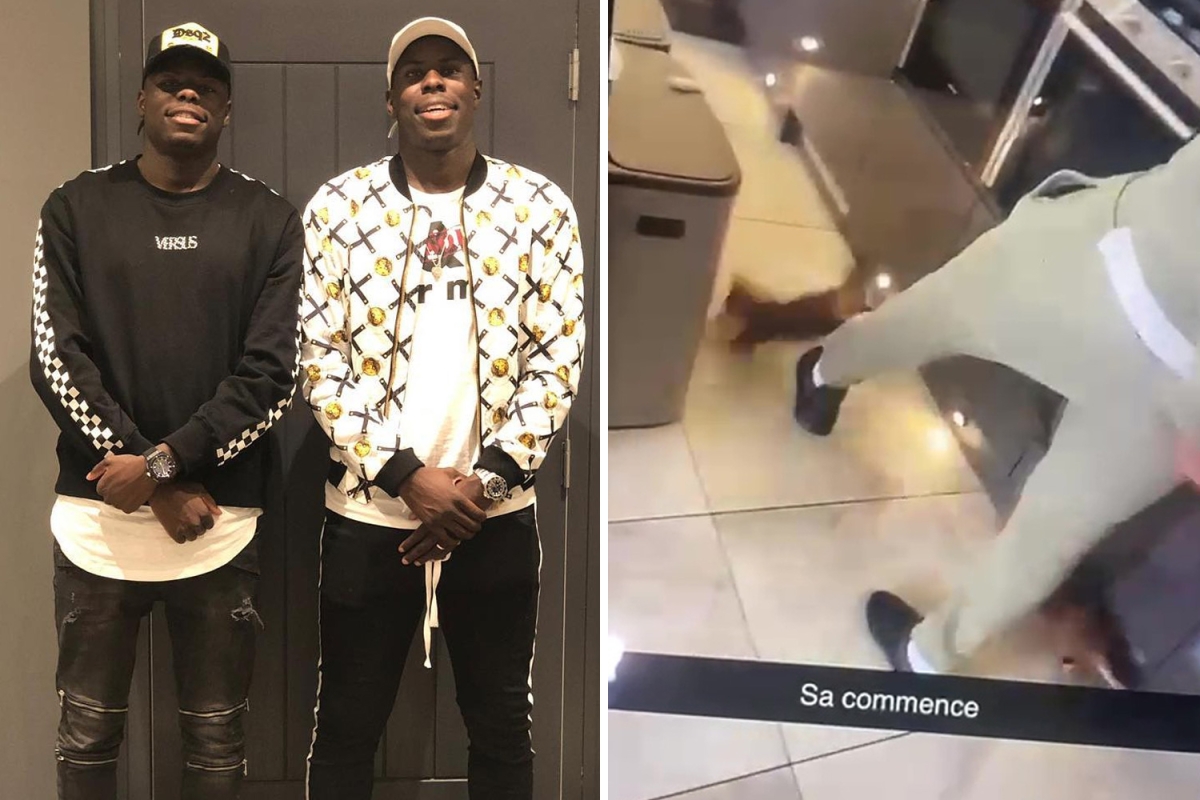 DAGENHAM & REDBRIDGE have suspended Kurt Zouma’s brother Yoan until the RSPCA have completed their investigation into the sick cat kicking video.

West Ham ace Kurt was filmed kicking and slapping his cat in his £2million London mansion.

Yoan, who like Kurt also plays at centre-back, filmed the incident which he says he ‘unreservedly’ apologises for.

And after tens of thousands of complaints, Zouma’s cats were taken away by the RSPCA and they are investigating the video.

Until the RSPCA’s investigation is completed, Dagenham & Redbridge have confirmed Yoan won’t play a competitive game for the club.

An official statement read: “The club would like to give a further update on its player, Yoan Zouma.

“Yoan was this week contacted by the RSPCA to assist in their investigation and is fully cooperating with them.

“However, Dagenham & Redbridge FC would again like to reiterate that it condemns any form of cruelty towards animals and fully understands the reaction of many of its supporters.

“The club has therefore decided that until the RSPCA has completed its investigations, Yoan will not play for Dagenham & Redbridge in any competitive match.

“Any further action deemed necessary to be taken will be made at the conclusion of the RSPCA investigation.”

Brother Kurt was fined £250,000 by West Ham for his role in the disturbing video after playing in Tuesday’s 1-0 win over Watford.

The worst offenders can be caged for five years instead of just six months under the Animal Welfare (Sentencing) Bill.

Dog fight organisers, farmers who neglect horses and thugs who abuse puppies or kittens can all be hit by the long jail term.

The new legislation — championed by PM Boris Johnson and his animal-loving wife Carrie — came after a four-year campaign by Battersea Cats & Dogs Home in London.

It makes CCTV mandatory in every slaughterhouse in England and bans the export of live animals for fattening and slaughter.

Standards in zoos must be improved and household pets even have their feelings protected.

The law says animals with a backbone have a right to happiness as well as avoiding suffering.

The Battersea home launched the crusade after discovering fly-tippers were given harsher sentences than animal abusers.

When the bill came into effect last June, comedian Ricky Gervais, 60 — a dedicated animal rights campaigner — said: “Justice will finally be served to anyone who perpetuates animal cruelty and a proper punishment brought in.

“It’s one I hope will serve as a deterrent to anyone who’d contemplate harming an innocent creature.”