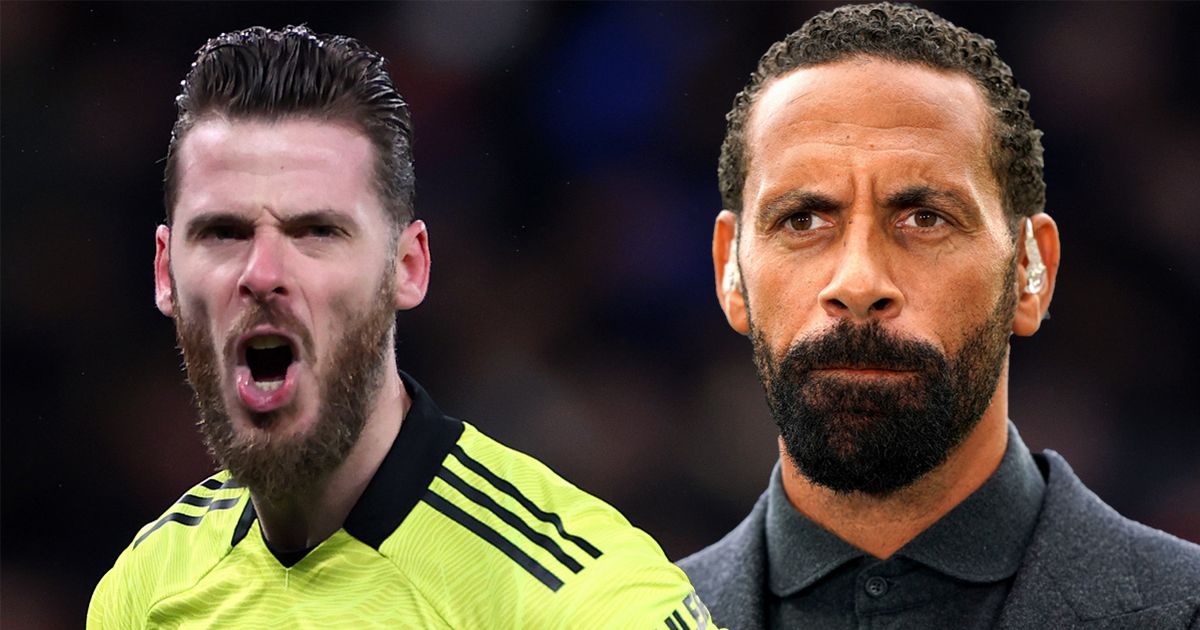 David de Gea and Rio Ferdinand led the protests after Manchester United conceded against Middlesbrough under the most controversial of circumstances.

The Middlesbrough midfielder tapped in from close range after Duncan Watmore dinked the ball over Dean Henderson from the other side of the penalty area.

However, Watmore clearly handled the ball before chipping the goalkeeper, and there were huge protests from United players as Crooks lashed into the back of the net.

Old Trafford held its breath expecting the goal to be chalked off only for VAR to confirm it would be allowed, much to the bewilderment of those in the ITV Sport studio as well as fans tuned in up and down the country.

Did VAR make the right decision? Have your say in the comments…

United legend Ferdinand took to Twitter to write, “What’s the point of VAR,” while No. 1 De Gea – who was rested for the match – responded with a shocked emoji.

The rules on handballs in the build-up to goals were altered by the game’s lawmakers, the International Football Association Board, ahead of the current season, and they appear to explain why the goal was allowed to stand.

Under the changes, a goal will stand if an attacking player who is not the goalscorer commits an accidental handball.

The goal would not have been allowed to stand if Crooks was guilty of a similar accidental handball.

However, there was further controversy surrounding Middlesbrough’s equaliser as many suspected it Watmore’s handball was deliberate rather than accidental.

Ferdinand is among that number and tweeted, “They’re saying ‘accidental’ bro. These people…”

Responding to a fan who claimed a defender would concede a penalty for a similar handball, the former England centre-back wrote: “Facts.”

Match of the Day host Gary Lineker took a more diplomatic view, although he believes the recent changes to the handball law have rendered it “ridiculous”.

“The right decision given the absurdity of the law,” Lineker wrote on Twitter.

“Clearly accidental but If he’d scored himself it would have been disallowed. The handball law used to be fine. They’ve made it ridiculous.”

Adding to United’s woes after the goal was given, Bruno Fernandes missed a gilt-edged opportunity to restore the lead within 10 minutes.

The Portuguese pounced on a loose pass by Joe Lumley but could only strike the woodwork with only the goalkeeper to beat, and the game went to extra time.

Fernandes’ compatriot Cristiano Ronaldo was also guilty of squandering a brilliant chance by firing a penalty wide of the post in the first half.