'Heading a football forced me to retire at 19': Bobby Copping on being told his career was over

Bobby Copping had just broken into the Peterborough first team and was looking forward to a prosperous career when his world came crashing down.

But the abrupt end wasn’t a result of a leg-breaking challenge or an accident off the pitch. It was because of heading. 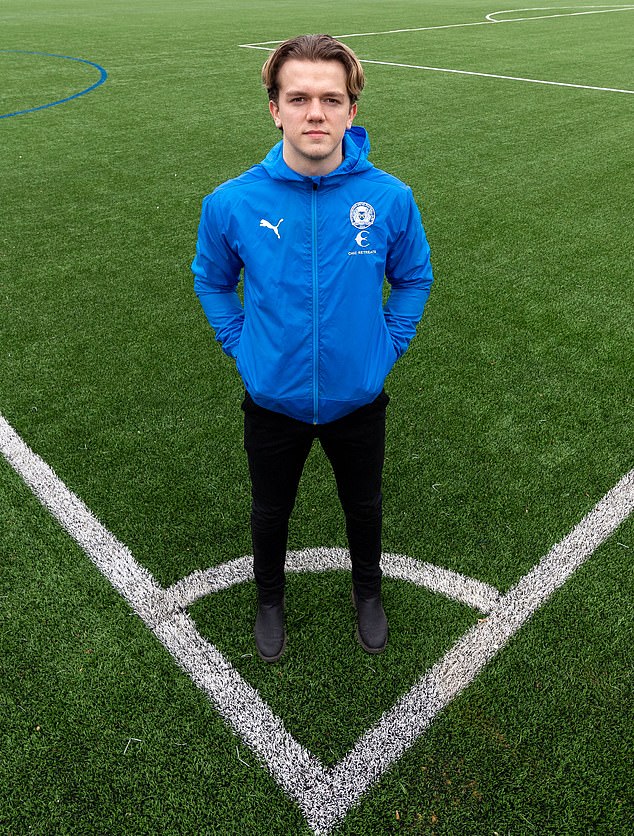 Little did he know that the first incident would leave him with 10 per cent vision for days, and the second would result in him lying in an ambulance unable to recall the year he was born.

‘It was just a normal day of training,’ he tells Sportsmail. ‘It was two weeks into pre-season, just a crossing drill. The ball has come in and I’ve headed it — my whole vision has gone.

‘It was just the vision, so I thought I might be dehydrated and carried on. Then I started to get very bad nausea and the left side of my body went numb.

‘I got rushed to hospital and was in there for four days and had various procedures. They ruled it as a concussion — everyone thought it was a freak accident — but 90 per cent of my vision went which was scary. If I was looking at you, I’d see a dot. That lasted a couple of days.

‘It was a scary time when I was in there having scans, especially at my age.’

A five-month period of training followed before the defender returned to the fold. 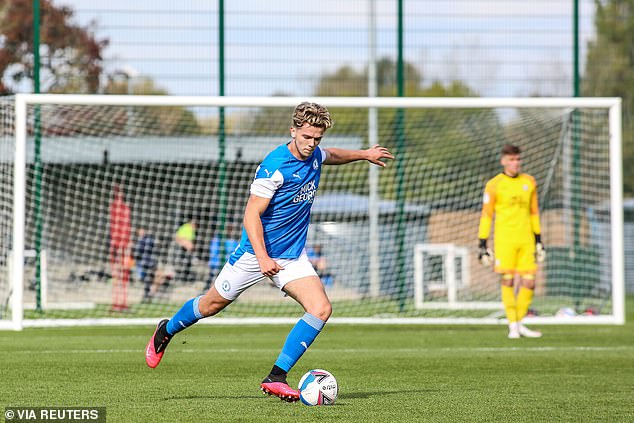 He was in good shape and good form, making the second occurrence all the more devastating.

‘I was playing very well and then it was a warm-up before an Under 23 match against Luton, my first 90 minutes back,’ Copping explains. ‘Just a normal header and everything that happened on the first one happened again.

‘It was probably worse — I had to get carried into an ambulance and taken away. I didn’t know what was happening. I remember the physio telling me that I said my birthday was in 1001 — that made me 1,000 years old! So I don’t think I was in a great place.

‘The hospital thought it was another concussion so kept me in for a few days.’

The impact both incidents have had on Copping remain to this day. ‘I have short-term memory loss,’ he reveals. ‘I can’t be a passenger in a car and have headaches. Short-term memory loss is probably the biggest one to deal with. I’ll ask someone something and then ask them the same thing again five minutes later. Or I can’t remember things from two days ago.’ 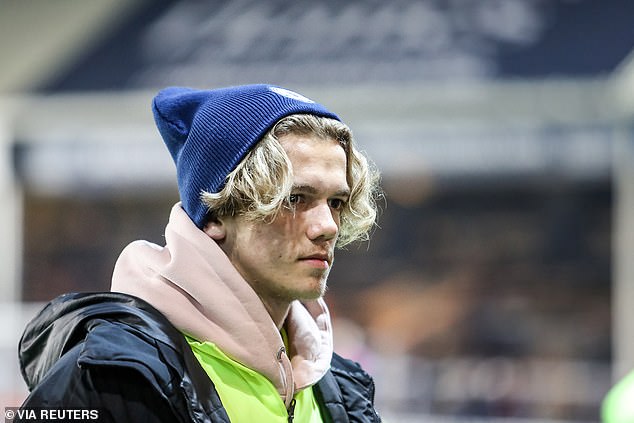 The first heading incident left Copping (pictured) with just 10 per cent vision for several days after, while the second left him in an ambulance unable to recall the year he was born

Despite his experiences, Copping wanted to find a way to carry on playing. But after trialling medication which left him bed-ridden for a week in an attempt to prolong his career, retirement was inevitable. ‘When the brain doctor said it’s unlikely you’ll be able to play again, I broke down,’ he says. ‘It’s tough, no one wants to hear that.

‘I was sitting in my room in the dark for a good couple of weeks, sort of in a dark place not talking to anyone, thinking about it all day because at that point life has come crashing down.’

The worrying spectre of dementia lingers in the teenager’s thoughts, especially having seen his grand-father battle the cruel disease. Although it hasn’t been confirmed that heading directly forced Copping to retire, he backs concussion substitutes and limiting heading in training but stresses the need for more research.

‘Concussion subs can only be a good thing — if you get a concussion and keep playing, it’s only going to damage you. Your brain is an amazing thing, so you can’t afford to damage it,’ he says.

‘I think there needs to be more research and an in-depth look at it because it’s been shown with the cases of older footballers now coming out with problems.’ 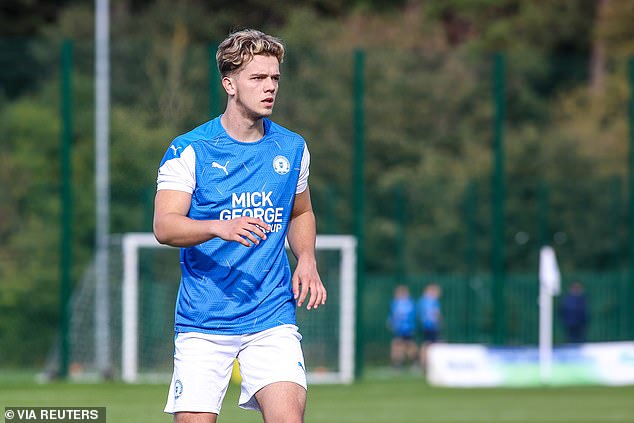 Despite his experiences, Copping wanted to find a way to carry on playing but had to retire 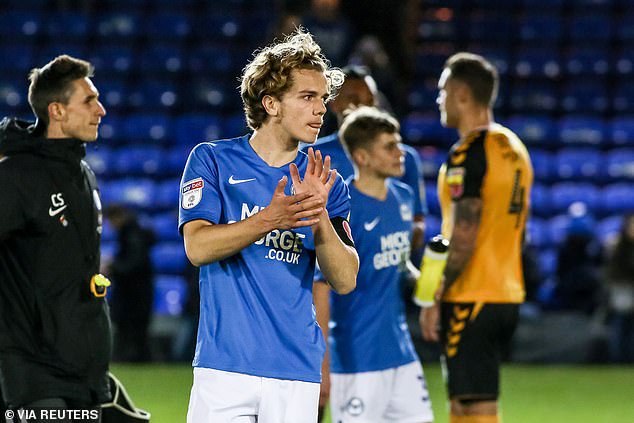 Despite the difficulties, an academy operations job at Peterborough has helped his recovery

Despite the numerous difficulties Copping has overcome, an academy operations job at Peterborough has helped his recovery.

‘It gives you hope, it allows you to know that there is life after football,’ he says.

He is also working to spread mental health awareness from his story. ‘I’m working on something at the moment which will hopefully be coming out soon tailored around mental health and helping other people. I want to use my story to inspire them and help them get through dark times.’

His story has touched many in the game, prompting messages of support from England captain Harry Kane as well as John Terry and Reece James.

He says: ‘It’s been unreal, I’ve had so many top people from the game reach out. I’ve had messages from all around the world — Turkey, Africa, Saudi Arabia. It’s helped me get through this.’