'Goalkeeper went for a sandwich'

Rod and Claire Collins know they will be going to Wembley on May 31 for the League Two play-off final. They just don’t know which team they will be cheering for.

That will become clearer on Tuesday night when they join 900 fans at Rodney Parade for the semi-final clash between Newport County and Forest Green Rovers.

Playing up front for the home side will be their youngest son Lewis, 20, while Forest Green’s attack will be spearheaded by his brother Aaron, 23. 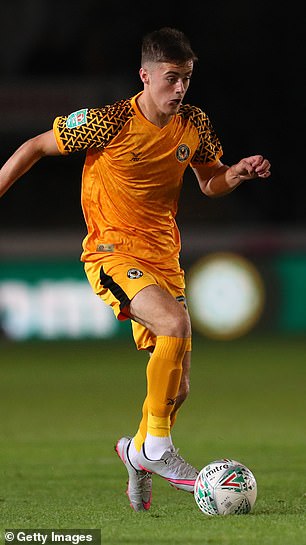 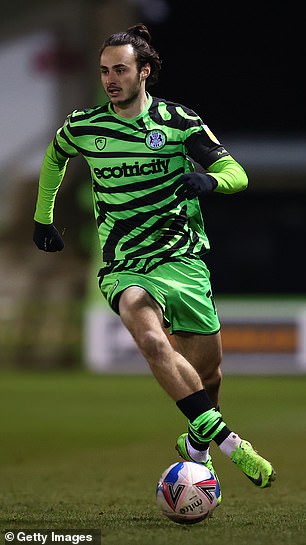 The Collins boys have never played against each other before, although they have both been to Wembley. Aaron was an unused substitute with Tranmere when they lost in the National League play-off final in 2017, while Lewis was the 19th man when Newport lost in extra-time to Tranmere in 2019.

‘We’re just hoping it can be third time lucky for the family at Wembley this year and that one of the boys can get promoted,’ said Claire.

‘We are all from Newport so I guess we will be hoping County can win. There is no favouritism when it comes to the two boys. We are equally proud of them — all we want is promotion for one of them.’

Fans will be welcomed back into grounds for the first time in Wales on Tuesday night when the first-leg fixture is staged.

‘We’ve been lucky to get some tickets from the Forest Green player pool for Tuesday night and we’ll also be going to the second leg,’ added Rod, a former Welsh League Division 1 defender who coached both sons in junior football at Malpas. 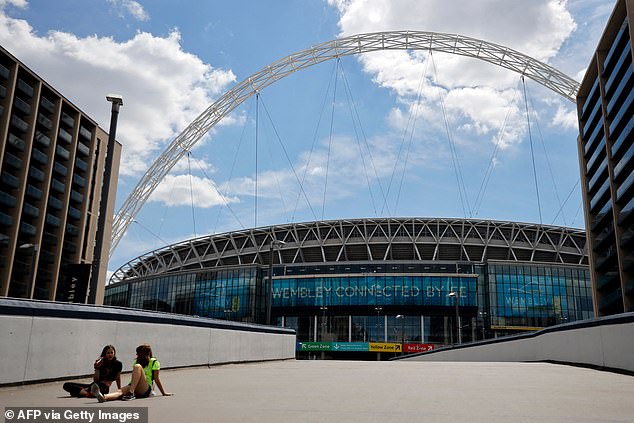 ‘The boys both get on with each other, but if there is a 50-50 ball to go for I don’t think either will pull out. We are in one of those incredible win-win situations for these two games because we’ll have a team to follow to Wembley whatever happens.

‘I just hope it doesn’t go to penalties because they will both be involved.’

It was a penalty from Aaron that launched Forest Green’s 3-0 win over Oldham last weekend to clinch a play-off place. He also scored his team’s third.

Meanwhile, Lewis was running his socks off for Newport in their 1-1 draw at Southend to book their ticket.

‘I was a bag of nerves,’ admitted Claire.