Harry Kane’s penalty ensured England end the current international break with a 100 per-cent record, having won all three games while conceding just once.

England were comfortable as they coasted past Poland – who were without FIFA World Player of the Year Robert Lewandowski – at an empty Wembley Stadium.

The game acted as their last before the upcoming European Championships, and as a result Gareth Southgate named a strong side.

He opted for a four-man defence, a decision he insisted wasn’t impacted by the absence of Lewandowski.

A rare error from John Stones at the back presented Poland with their first chance of the game after an hour, which Jakub Moder took with a comfortable finish into the top corner.

Stones made up for it, however, as his cushioned header set up Harry Maguire inside the box, and the Manchester United star smashed home for a late winner.

Here are five things we learned from Wednesday night’s win.

England captain Kane made history during the win as he slotted home a penalty during the first half.

The striker is now just the third England player – after Wayne Rooney and Frank Lampard – to have scored on every day of the week.

Kane has been England’s Mr Reliable for a number of years now, and is well on his way to beating Rooney’s all-time goalscoring record.

At just 27, he only has 19 to go before he’s level with the Manchester United icon.

Phil Foden had another superb game for the Three Lions, and completely justified his selection.

Before the game it was discussed by ITV’s panel whether Foden will be able to hold off Marcus Rashford for a place in the side, once the United forward returns from injury.

But Foden had a solid game, often drifting in from the right and seemingly having free reign to go as he pleased.

It seems the 20-year-old is well and truly cementing his place as one of the first names on the teamsheet for Southgate.

Declan Rice had a brilliant game playing as one of two central defensive midfielders in a 4-2-3-1 formation, and seemed to relish the new role.

Rice was constantly hoovering up any loose balls in front of England’s box, and refused to let Poland get a whiff of goal.

Whenever he did pick up the ball, he always looked to create space before playing a pass forwards, something England have often been criticised for avoiding in the past.

If Southgate is to play a 4-2-3-1 formation at the Euros, Rice will surely be undroppable.

Speaking of formations, Southgate may finally have found his winning formula in the win over Poland.

While he played a four-man defence for the last two games, San Marino and Belarus were – with every respect – lesser opposition than Poland.

The formation and style of play worked effectively to not just nullify the opposition, but also to give freedom to the team’s attackers.

Southgate has often been criticised for his negative style of play, often opting for a five-man defence, but seems to have now discovered a new way of setting his side up for success.

Stones goes from villain to hero

As it turned out, England’s only threat came from themselves as they got too comfortable playing the ball around at the back.

Stones received the ball from Nick Pope with acres of space, but a sloppy touch allowed Molder to nip in and steal the ball, before playing a one-two and firing home.

That was the only chance Poland had to test the England goal, and should prove to Southgate’s boys that if they cut out the silly mistakes they’ll be a tough side to beat this summer.

But Stones kept his head high and played a key role in England’s late winner, as he nodded down the ball for Maguire to smash home after a corner to the back post. 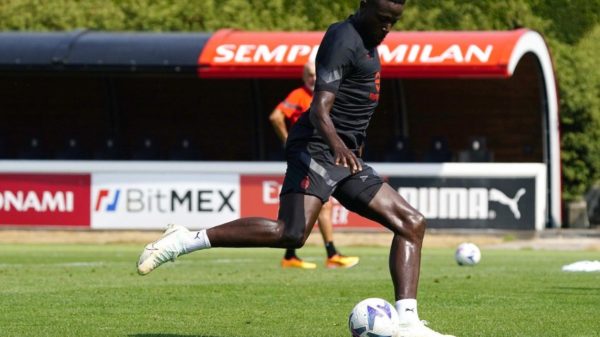