Real Madrid: Vinicius more important than ever for Zidane

‘If he stays, he will be important’ - Xavi uncertain what future holds for Frenkie de Jong at Barcelona

Vinicius Junior is a talisman for Madrid. Despite being perennially questioned by a section of supporters and critics, his loyal fanbase has continued to grow. Zinedine Zidane has been slow to act, but since he has made him a regular fixture in the team, Los Blancos have done quite well with Vini on the pitch. Eden Hazard’s luckless run of injuries has worked in his favour, given that for Zizou the Belgian is still a non-negotiable.

The former Flamengo attacker is direct and offers explosive football that causes many defensive imbalances in opponents. Of the last eleven official matches that Madrid have played, Vinicius has been a starter in eight and a substitute in three. Madrid have recorded victories in each of his eight starts. In the three matches with him starting on the bench they failed to win: two draws and one defeat. 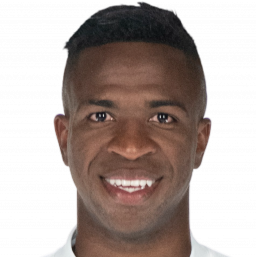 Zidane has taken note of this, becoming more and more aware of Vinicius’ effect on the team, a disruptive effect which Karim Benzema is taking advantage of, connecting more regularly in the final third and winning crucial games in the business end of the season. This form has left Rodrygo and Marco Asensio down the pecking order for wide forwards. Neither player has been decisive when they have had the opportunity to start games.

This successful spell of form has translated into six wins in the league, against Huesca, Getafe, Valencia, Valladolid, Elche and Celta, as well as two Champions League round of 16 victories over Atalanta. A run akin to Diego Maradona in Valdebebas against the Italians ended up rolling wide of the post, for what could have been the goal of the season.

As a substitute against Levante, Madrid lost 2-1, Vini came in for the last 30 minutes of the defeat. He also had just half an hour in draws against Real Sociedad (1-1) at the Estadio Alfredo Di Stéfano and in the Madrid derby with Atlético Madrid (1-1). In summary, it is much better with Vinicius in the starting eleven.