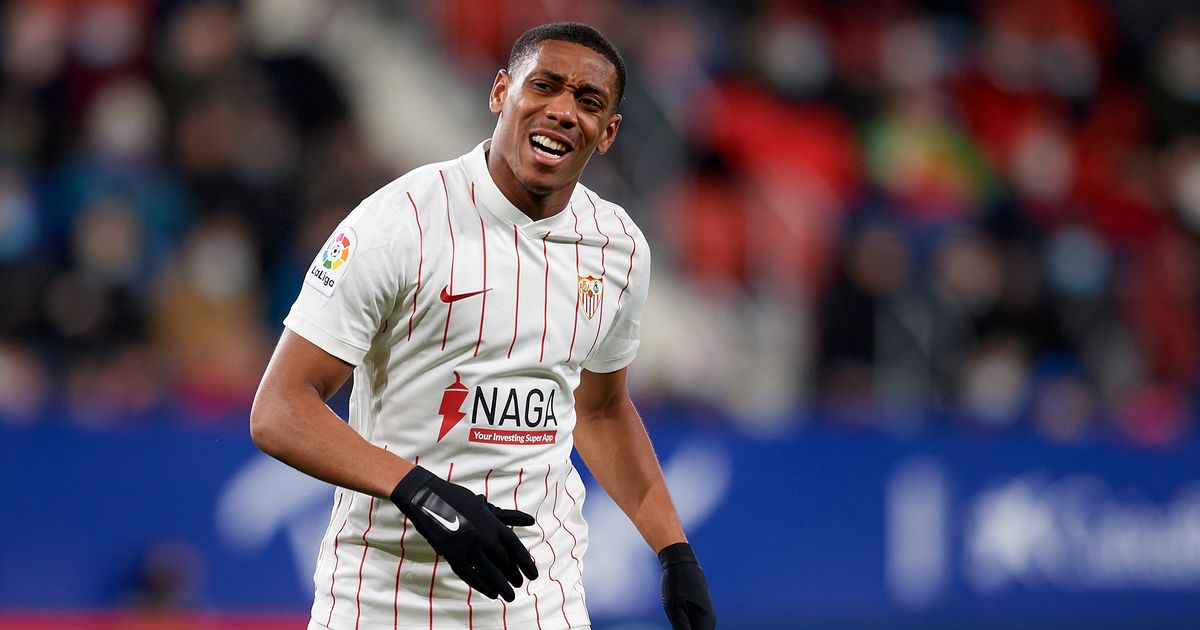 Anthony Martial had a quiet debut as Sevilla were held to a damaging 0-0 draw by Osasuna in La Liga on Saturday evening.

The Manchester United loanee was handed a start by Julian Lopetegui but failed to make any impact whatsoever before being substituted in the 77th minute.

It was a game of few chances, but Sevilla were handed a golden opportunity to win it in the 90th minute when Jules Kounde was fouled in the box.

However, Ivan Rakitic’s penalty was saved by Sergio Herrera as the visitors squandered the chance to cut Real Madrid ’s lead at the top of the table to a single point ahead of their home game against Granada this evening.

Martial, who joined the Spanish side on loan from United on January 25, started on the left of Sevilla’s front three alongside Oliver Torres and Youssef El-Nesyri.

The 26-year-old forward left United in search of regular game time after falling down the pecking order at Old Trafford.

He was immediately granted his wish by Lopetegui, but he looked rusty in what was his first start in 74 days, since playing in United’s 2-0 win over Villarreal on November 23.

Martial completed two of his four attempted dribbles and 33 of his 36 passes, but failed to get a single shot off and was dispossessed four times.

He was substituted for the closing stages and could only watch on as Rakitic saw his penalty saved in a dramatic finale which gives Real Madrid the chance to go six points clear with victory this evening.

It was a disappointing start for Martial, who pushed hard to leave United for Sevilla in the January transfer window.

“It [negotiations] hasn’t been easy, but from the first day, I knew I wanted to come to Sevilla and we all worked for that to happen,” he said after his unveiling.

HAVE YOUR SAY! Does Anthony Martial have a future at Manchester United? Comment below.

Anthony Martial failed to make an impact for Sevilla against Osasuna
(
Advertisement. Scroll to continue reading.

“The coach [Lopetegui] and the sporting director [Monchi] showed a strong interest in me and that’s what convinced me to come here.

“They [Sevilla] wanted me in the past and we kept in touch. They contacted me recently and said I could help them.”

He added: “I want to help the club achieve its aims. We have to be consistent in La Liga and do the best we can knowing that there are other big clubs that want to win the title.”

“I have trained a lot in the past few months. I want to adapt as soon as possible to the team and connect well with my team-mates to help them reach the aims for the season. I’m ready to play.”

Martial is likely to get another chance to impress against Elche on Friday before the first leg of Sevilla’s last-16 Europa League tie against Dinamo Zagreb next week.