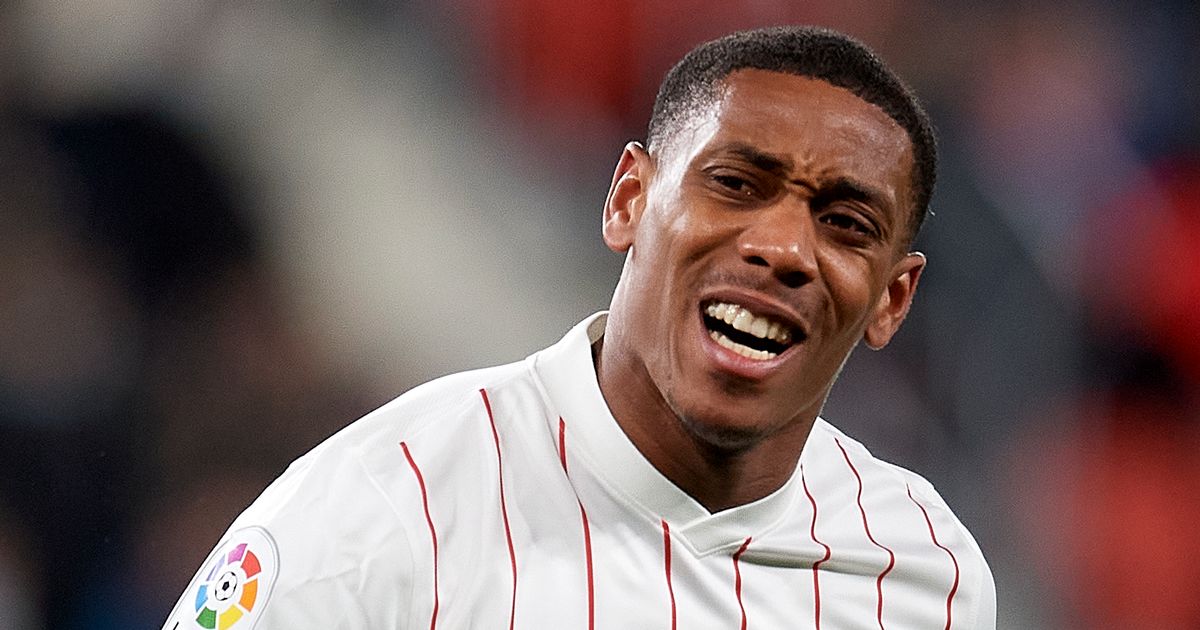 Manchester United loanee Anthony Martial was criticised by his new manager Julen Lopetegui after a poor debut for Sevilla.

The 26-year-old – who joined the Spanish club on loan for the rest of the season in January – made his La Liga debut against Osasuna on Saturday.

Martial failed to score or provide an assist at the El Sadar Stadium before being hauled off by Lopetegui in the 77th minute. The game finished goalless.

“Anthony has to give us much more,” Lopetegui told reporters at full-time.

“It was his first game and adaptation is not easy, he has played little this year and he has to get into dynamics and gain minutes and confidence.”

Can Anthony Martial kick-start his career in Spain? Let us know in the comments below!

Anthony Martial failed to make an impact against Osasuna
(

Martial made just two Premier League starts for United this season before joining Sevilla on loan, scoring once.

The Frenchman has struggled for minutes and goals in club football over the last 18 months, finding the back of the net just eight times in all competitions.

Martial is capable of producing the goods, however, scored 17 Premier League goals for United during the 2019-20 campaign.

Saturday’s result was a huge blow for Sevilla, who are three points behind La Liga leaders Real Madrid having played a game more.

Lopetegui will need Martial to perform, as his team are also looking to regain their Europa League title in the coming months.

Sevilla are the most successful team in the competition’s history with six titles – winning their most recent in 2020 – and face Dinamo Zagreb in the last 32 later this month.

They have an extra incentive to win the Europa League this season, as the final will be held at the Ramon Sanchez Pizjuan Stadium – their home ground.

“What convinced me to come is the contact with the sporting director and the coach, they showed me that they wanted me,” Martial told the club’s website on joining.

“I wanted to come so I could play and show what I can do in the team.”

He added: “In the last few months I have been training a lot. I hope to be able to train soon with my teammates and work well with them to fight for the competitions we’re still in.

“I’m ready to play. I trained hard to be ready and if the coach wants me to play, I’ll do it now.”

Martial continued: “I’m joining a big club here in Spain and what’s important is helping them towards the aims that we all have at the end of the season.

“I’ve already known Monchi [Sevilla’s director of football] for a while because he’s wanted me before.

“When he called, we understood that we wanted to work together, and so I could help him towards the aim which the team has.

“We’re well-placed in second place and there are other big clubs that are aiming for the same of us. We have to be consistent and fight as much as we can to achieve it.”