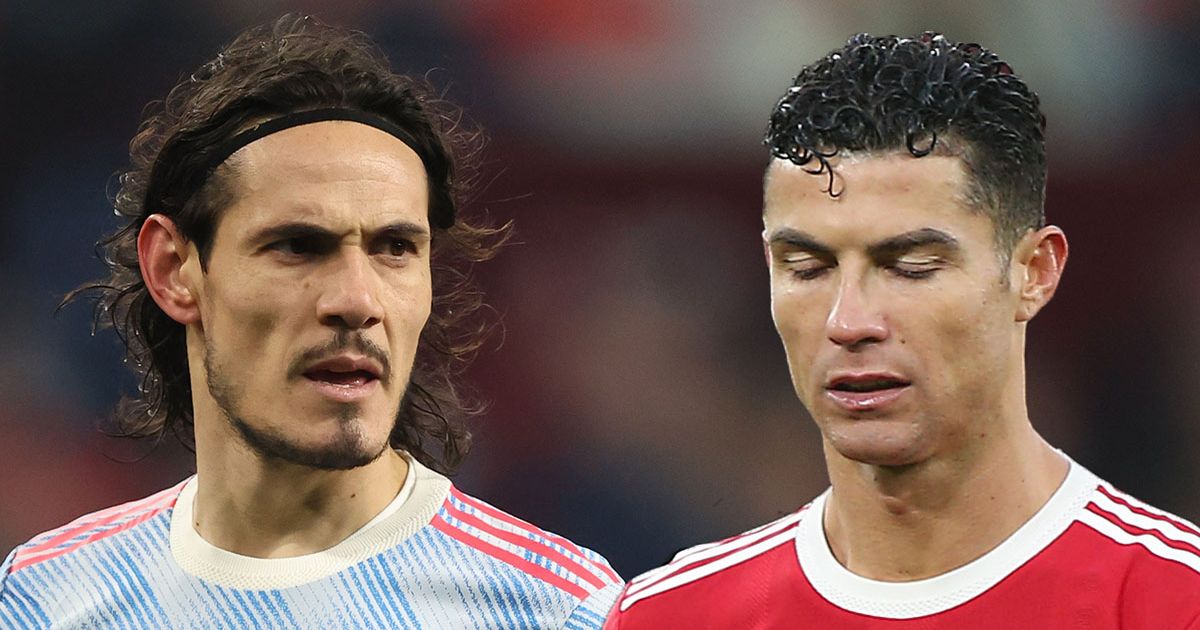 Edinson Cavani’s first season at Manchester United suggested he would become the club’s next icon, yet injuries and the return of Cristiano Ronaldo has scuppered that dream

This time last year, Manchester United fans were keen to see Edinson Cavani commit his future to the club.

The Uruguayan, who celebrates his 35th birthday on Monday, was just starting to hit his stride at Old Trafford – going on to score 17 goals in all competitions last season.

His crowning moment was an outrageous 40-yard lob against Fulham on the final day of the Premier League campaign, scoring one of the greatest goals in United’s recent history.

Cavani’s impressive form suggested he would become the Manchester club’s newest icon, wearing the famous No7 shirt and ending their five-year wait for silverware.

As such, he agreed to sign a one-year extension and “sacrifice” his long-term desire to return to South America for his new found love, the Red Devils.

How do you rate Edinson Cavani’s time at Manchester United? Let us know in the comments below!

“As the days, weeks and months pass by, you do get to develop a huge affection for the club,” revealed Cavani after signing a new deal last May.

On his personal life, he added: “After so many years of playing in Europe, being away from your close-knit family… I had kind of promised myself that I would return and spend some time to catch up on all of those years I had missed through playing football abroad.

“But, talking about family again, my immediate family, with my partner and our children here, we sat down and had a good chat.

It was a big sacrifice for Cavani to make, yet it’s questionable whether it’s paid off. He’s scored just two goals this season, playing a supporting role to Cristiano Ronaldo.

The Portuguese icon has become United’s talisman again since his return to England last August – scoring 14 goals in all competitions – even regaining Cavani’s No7 shirt.

Although the Uruguayan was happy to take the No21 – his international jersey – it was a clear indication he was no longer going to be the main man at Old Trafford.

Since then, Cavani’s goals have been replaced by annoying speculation, as many suspected he would leave United in January.

A move never materialised, with interim manager Ralf Rangnick asking him to stay and honour the remainder of his contract.

“We have had quite a few conversations over the last couple of weeks,” Rangnick told reporters last month.

“I told him from the very first day he is a highly important player, he is probably the only one who can play as a striker [with his] back to goal and face to goal.

“And as I said, his professionalism and his work ethic is just amazing. I told him I desperately want him to stay until the end of the season, and he knows that.

Cristiano Ronaldo is United’s No7 again
(

Cavani’s struggles are not just down to Ronaldo’s re-emergence, however, as injuries have restricted him from putting a run of games together.

Former United manager Ole Gunnar Solskjaer suspected this may happen when the player renewed his contract last May.

“We knew he wouldn’t be able to play every game because he had been out before for so long,” said the Norwegian, referring to Cavani’s lack of minutes during his final year at Paris Saint-Germain.

He’s since struggled with injuries throughout this season, including tendon irritation, muscular problems and a stint in quarantine.

Cavani’s most recent complaint is a groin injury, sustained in training ahead of the 1-1 Premier League draw against Southampton on Saturday.

Cavani’s time at United is coming towards an end
(
Advertisement. Scroll to continue reading.

“I spoke to him today before we had breakfast and he said to me that the pain is too big and he cannot play,” said Rangnick 24 hours before the game.

Cavani’s career at United isn’t over just yet. The team still have Champions League glory and a top-four finish to fight for before his contract ends in June.

One last triumph would be the perfect end to his European career. Cavani has scored 360 club goals since joining Italian side Palermo in January 2007.

During that time, he’s won six Ligue 1 titles, 12 domestic cups and picked up runners-up medals in both the Champions League and Europa League. A glorious finish would be fitting.

Right now, though, it certainly feels as if a quiet conclusion is imminent. With Ronaldo and injuries taking centre stage, it’s hard to see a way back for the 35-year-old.

This season was supposed to be a triumphant end to Cavani’s trophy-laden European odyssey, yet he’s at serious risk of leaving Old Trafford through the back door.