Barcelona: Fati: I want to play for Barcelona for the rest of my life 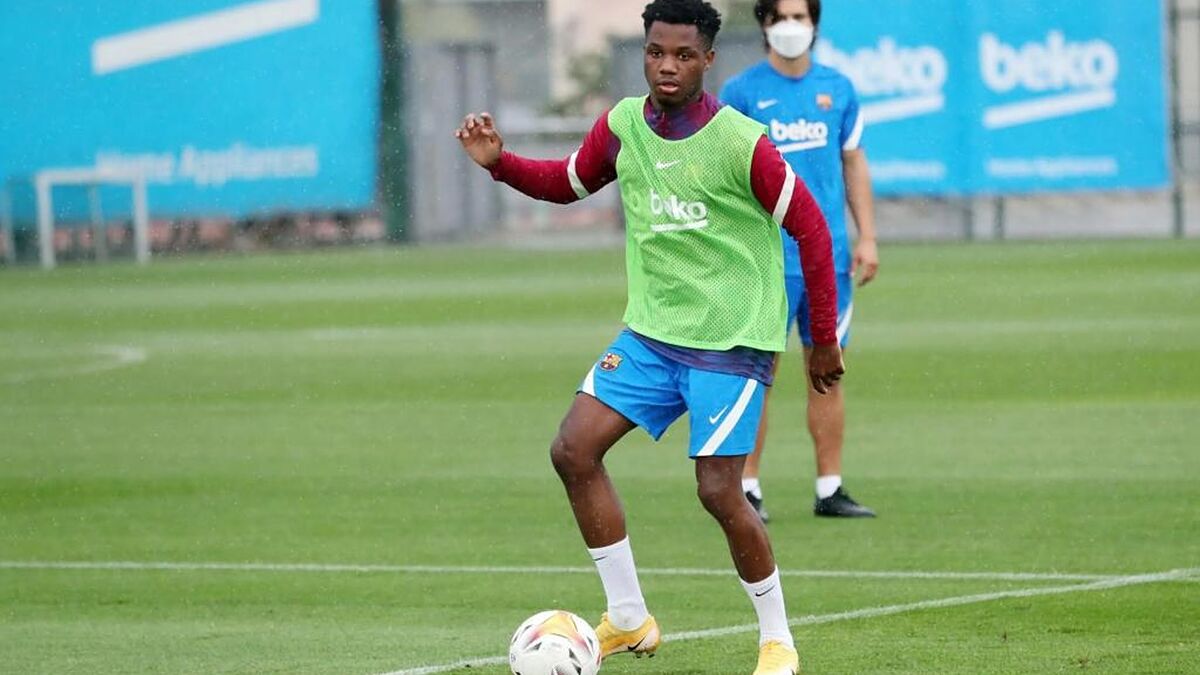 Ansu Fati is clear that his present and his future is with his current club Barcelona. The Spaniard has closed the season by making it very clear that he wants to succeed at Camp Nou.

Despite rumours that he could have been a target for other teams, such as PSG, the Spanish international has been clear and categorical.

Speaking during an interview with Canal+, Fati responded to claims that the Ligue 1 champions are keen to sign him this summer.

“Are PSG interested in signing me? I really don’t know. These are things that my agent and my parents deal with,” Fati said.

“From the beginning I told my agent and my father what my objective was, which was to stay at the club. In my head I have it clear, yes, I hope I can have my whole career here.”

Fati will be training with the Spanish national team on Monday after enduring a difficult two years with serious injuries.

Although it is now a long time ago, Fati does not forget the moment when he was offered to inherit Lionel Messi‘s number 10 shirt.

“The club called me and told me the proposal they had, that they wanted to give me that number. The club told me that the captains accepted it and for me it’s an honour,” he said.

“If you are at Barca you have to be ready for everything. Leo [Messi] has given a lot to Barca and to see him at another club, nobody likes that. I hope everything goes well for him.”

Injuries have been an ordeal for the player and Fati does not hide it, although he also puts it in perspective.

“It has been difficult because they are the worst thing for a player. But there are much worse situations: having a sick parent or poor health,” Fati said.

“This can be cured and I was unlucky to have experienced it when I was 13 years old. I broke my tibia and fibula, I was little and I thought I would never play again.

“You think it’s over, it’s all gone. I had another tibia injury and in the end you learn from everything. Patience is the most important thing,” he said.