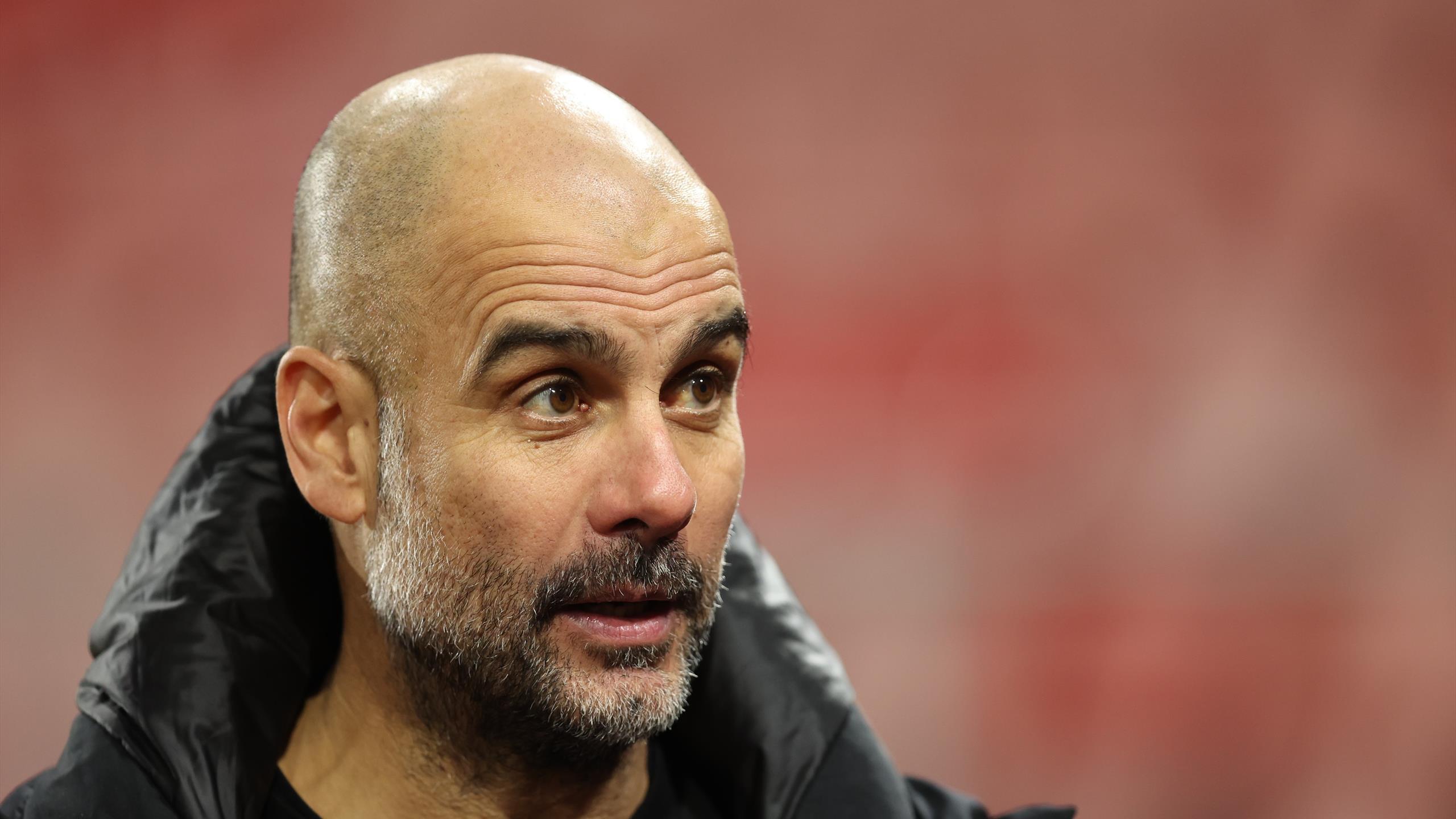 Pep Guardiola has played down suggestions he is angry with Jack Grealish, Riyad Mahrez and Kyle Walker for their night out in Manchester on Sunday.

Videos on social media appeared to show Grealish looking worse for wear while out with his Manchester City team-mates.

However, Guardiola’s words in his press conference prior to welcoming Brentford to the Etihad Stadium on Tuesday night suggested he had signed off the gathering.

“I’m so upset because they didn’t invite me,” Guardiola said.

“They will be fined because they didn’t invite me. I don’t like it. Next time they can invite me hopefully.

“The video didn’t show exactly what happened. Dinner together, sober with some mates and some backroom staff.

“They took a risk going out with social media, but they were all perfect.

“In this case they were unfairly treated.”

It seems therefore that Grealish has escaped his manager’s wrath this time, but the England international is treading a fine line after being dropped to the bench – together with Phil Foden – in December for an unsanctioned evening out.

Guardiola was also asked about his managerial future during his time with the media, with his current deal only having 18 months left to run.

He said: “I’m here six years because we won a lot. I came because many people convinced me. It [staying longer] depends on the results. No more than that.

“I have one-and-a-half years left on my contract, which is a long time when you look around at world football.”

City’s game with the Bees may see Christian Eriksen return to football for the first time since suffering a cardiac arrest during EURO 2020 last summer.

Eriksen signed for Brentford in January and has been training with the club.

“It’s great news that he came back to play the game that he loves and the game he does exceptionally well,” said Guardiola.

“I’m pretty sure they took all the right measures so that he won’t suffer this scare again. Fortunately he can come back and it will be nice to see him tomorrow.”

Goals, shocks and incidents galore – why you cant take your eyes off AFCON