MELBOURNE — The king is dead. Long live the king.

Some 4,398 days after the entity that was then known as Melbourne Heart was awarded a licence to compete in the A-League, and 2,712 days since the club was purchased by the City Football Group, Melbourne City are the champions of Australia after they downed Sydney FC 3-1 at AAMI Park on Sunday evening.

– Stream a replay of the A-League Grand Final on ESPN+ (U.S. only)
– Video specials: ‘Perfect’ Socceroos | Matildas malaise | Road to ’22

A year on from suffering a heartbreaking extra-time defeat to the Sky Blues in the 2019-20 finale, Kosta Bararouses opening goal was cancelled out by strikes from Joe Marston medalist Nathaniel Atkinson, City captain Scott Jamieson and Scott Galloway as the club who entered the season without a single A-League trophy to their name secured a historic Premiership and Championship double.

In doing so, they also dashed Harboursider dreams of recording a record-setting sixth A-League championship and becoming the first side since the dominant Hakoah Sydney City teams of the early 1980s NSL to record back-to-back-to-back national league titles.

In a way, it’s fitting that City usurped the A-League’s previously untouchable, dynastic overlords to lift their maiden A-League title, as Sunday’s contest signalled the symbolic end of the A-League’s beginning. Sixteen years after the competition was launched, it marks the end of the Australian Professional Leagues having full control over the A-League, W-League and the Y-League. It was the last game for inaugural broadcaster Fox Sports before the two officially ended their partnership and the leagues moved to Ten and Paramount+. And, touch wood, it was also the last fixture that league officials will have been forced to somehow find a way to organise a league in an environment of quarantine leaks, lockdowns and an unvaccinated population.

It was highly appropriate, then, that a City side that is perfectly poised to dominate the new era of the A-League became the first expansion side in its history to lift the championship as its opening epoch ended.

With an average age of just 26.7 years, City’s starting XI was the youngest to compete in a Grand Final since 2011, while 22-year-old Joe Marston medalist Atkinson is the youngest to win the award since Mat Ryan did so as a teenager in 2011. At just 40, Patrick Kisnorbo became the youngest coach to win a national title since Nick Theodorakopoulos with Wollongong Wolves in 2000. The one-time City captain also became the first coach to win both W-League and A-League titles.

The triumph also means that the City Football Group, whose Franchise model is increasingly being emulated around the world, now has the champions of England (Manchester City), India (Mumbai City) and Australia in its stable and that, in a just reward for a city that lost so much during the extended Covid-19 lockdowns of 2020, all of Australia’s major domestic competition’s bar Super Rugby have champions from Melbourne.

And riding a wave of emotion and support from the highly vocal and highly partisan contingent of Melburnians that packed into the stadium — Sydney’s lockdown meaning that the vast majority of the sellout in attendance were City supporters — City absorbed the body blow of Barbarouses’ 21st-minute long-range opener to rally for the win.

That they were able to do so is a notable indication of how far Kisnorbo’s side has come, not just since the days when the name Heart quite literally became slang for hopeless and feeble futility — but even since last season.

A year and a half ago, buoyed by a strong start to life under new coach Erick Mombaerts, City travelled to South Australia to face Adelaide United in the final of the 2019 FFA Cup full of pep and verve — only to meekly capitulate and suffer a 4-0 loss.

Since then, however, the club have taken the philosophical and tactical approach espoused by the dapper Frenchman and added to it a layer of iron to both their lungs and their mindset. No longer are City a side who fold in the face of pressure.

Admittedly, the task was made easier by Luke Brattan’s brain fade that resulted in a first-half dismissal — the first red card in the 31-year-old’s career — and referee Chris Beath’s contentious decision to award the penalty that resulted in their second goal.

But such qualifiers will mean little to the man that dispatched that penalty, as Jamieson finally won a final after previously losing two A-League, one AFC Champions League and one FFA Cup. One more loss would have seen him equal Travis Dodd for the unwanted record of five losses on the grand stage.

But now, the 31-year-old defender, who missed last year’s Grand Final after returning home to be with his partner for the birth of the couple’s first child, has broken through for a title.

In this article:Champions League, Manchester City 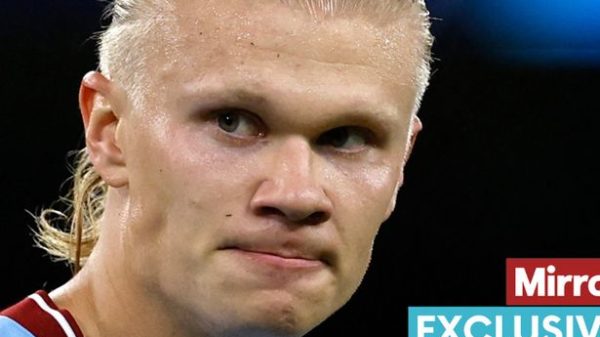 Manchester City goal scorer Erling Haaland, aged 22, has put an impressive 11 goals at the back of the net – including two hat-tricks... 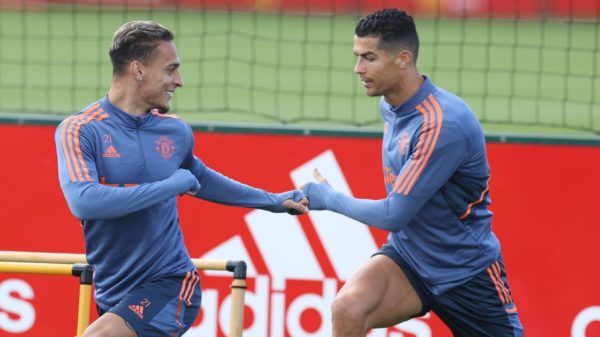 Manchester United winger Antony has said he is learning a lot from Cristiano Ronaldo since moving to Old Trafford in the summer. The Brazil...