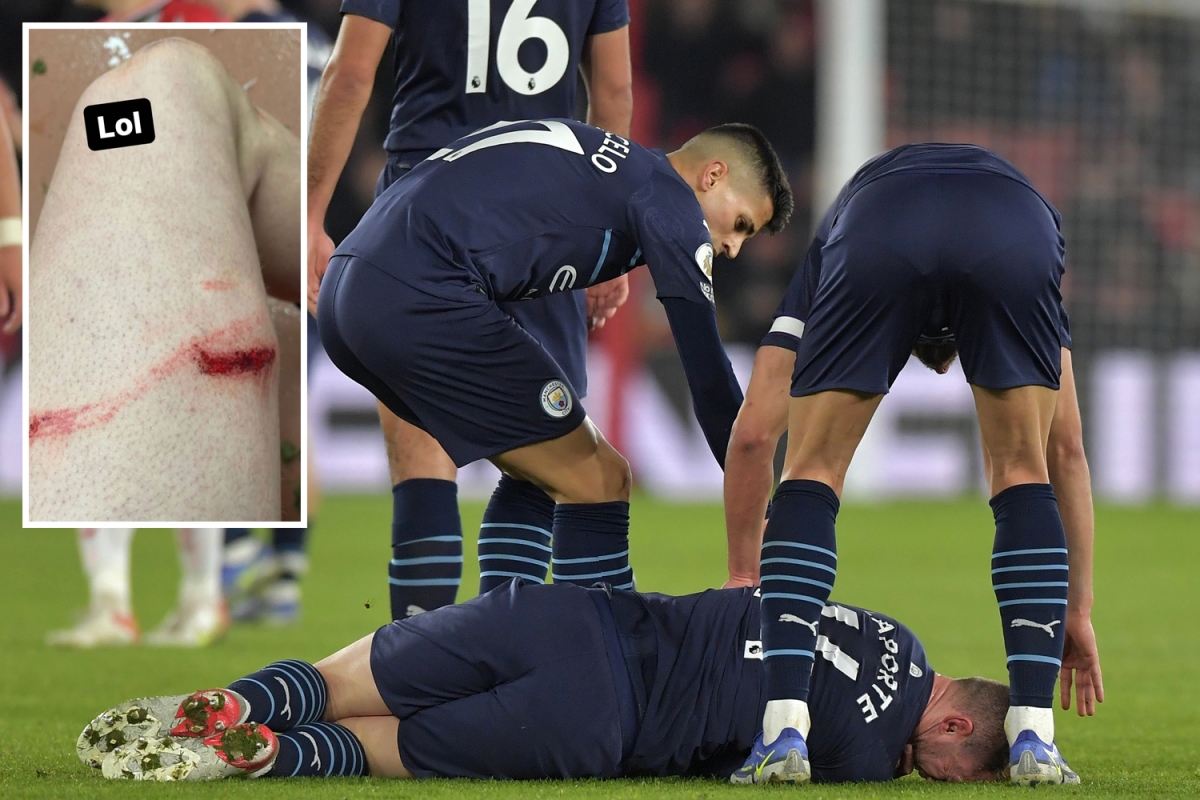 Referee Simon Hooper stuck with his yellow card verdict after a VAR check as a 1-1 draw at Southampton ended the leaders’ 12-game winning run.

Sky Sports pundit Graeme Souness – known for his own fair share of reckless challenges – was among those labelling Armstrong ‘lucky’ not to be sent off.

The Scotland midfielder stayed on as his challenge was deemed a ‘glancing blow’ and ‘lacking intensity’ by VAR, according to Sky Sports’ Dave Jones.

Try telling that to Laporte though, as the defender later displayed a nasty cut – wide and swollen – on his leg on Twitter.

The Spain star, 27, added: “Well thanks for the souvenir lol”.

But any frustration he felt was directed more at how disappointed City were after their Premier League lead was cut to 12 points.

Before Laporte himself headed City’s point-saver on 65 minutes from Kevin de Bruyne’s free-kick.

Afterwards he told BBC’s Match of the Day: “It’s difficult. I think we deserve a little bit more.

“We dropped two points, but sometimes that happens.”

Meanwhile, fans on social media seemed divided on whether Armstrong should have.

Some called his challenge a ‘clear’ sending-off and one said: “Will never understand how he didn’t get a red.”

But others felt it was just a misjudged tackled – with the injury worse than the intent.