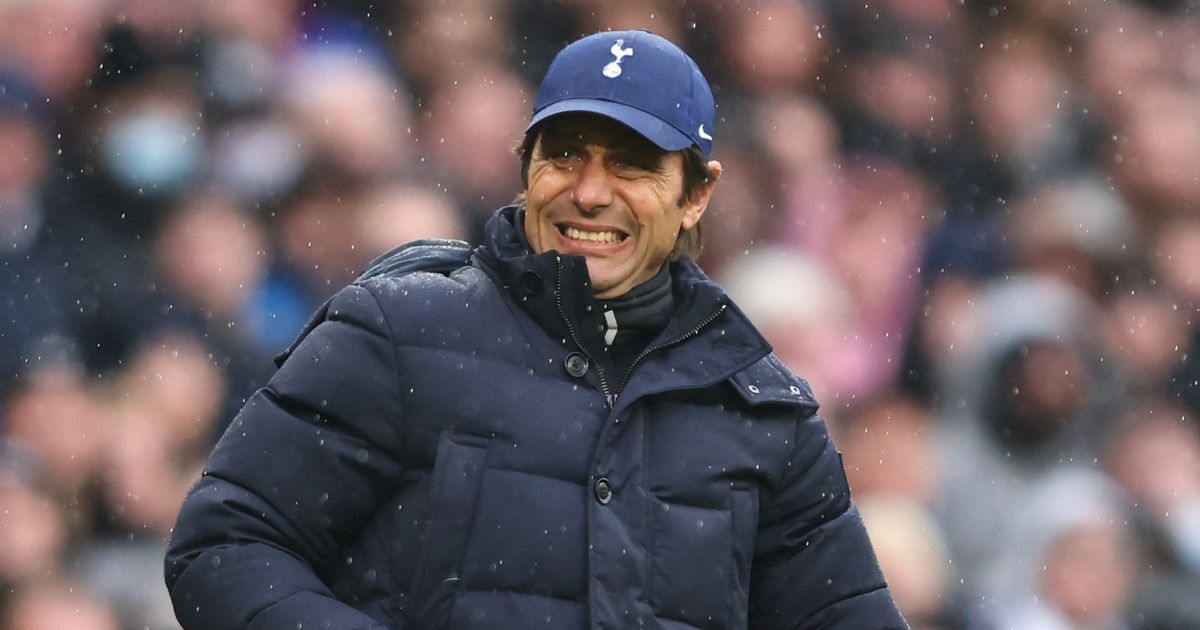 Jamie O’Hara has slammed Antonio Conte’s Tottenham over their “criminal” inability to press and close down their opponents following their second successive home defeat in a matter of days.

Spurs were humbled 2-0 by Wolves at the Tottenham Hotspur Stadium on Sunday, days after falling to a 3-2 defeat to Southampton.

Raul Jimenez opened the scoring for the visitors with a fine volley after Tottenham keeper Hugo Lloris clumsily palmed the ball straight to the Mexican striker.

Leander Dendoncker then added a scrambled second with only 18 minutes on the clock as a misplaced Lloris pass saw Ben Davies subsequently punished for failing to clear his lines.

It proved to be a calamitous performance from Conte’s side, which contained countless errors and sparked a chorus of boos from the home supporters.

While there were few in white who covered themselves in glory, Welsh defender Davies bore the brunt of the criticism from ex-Tottenham midfielder O’Hara, who also slammed Spurs for their alarming inability to press.

“Ben Davies has been good since he’s come in, I think he’s done okay with Conte and he’s not a left-sided centre-half, we should have bought one but we didn’t,” O’Hara told talkSPORT.

“He had a really bad game. He was shambolic yesterday. He gave the ball away, trying to turn it inside to try and find a Tottenham player.

“Sometimes you have just got to get rid of your lines. Turn the ball down the line, get rid of it, get up the pitch, squeeze and no nonsense. Like what Wolves do.

“The one thing that annoyed me and it annoys me with every football that does it, especially centre-halves, and Ben Davies done it four or five times yesterday and it was criminal – he turns his back when he is going out to press the ball.

Will Tottenham finish in the Premier League’s top four this season? Let us know your thoughts in the comments section below.

“Spurs don’t press the ball anywhere near enough anyway, we give away too many crosses and too many shots on target, but if you are going to go and press, and you’re going to go out and turn your back on the ball, that is unacceptable.

“I can’t believe he wasn’t getting pulled up on it.”

The result saw Tottenham leapfrogged by Bruno Lage’s team in the Premier League table and leaves them languishing down in eighth place, despite having games in hand.

Ben Davies was singled out for criticism by O’Hara

While Spurs were active late in the January transfer window, mainly reshaping their midfield, they failed to recruit any defensive reinforcements.

Tottenham signed Christian Romero from Serie A side Atalanta last summer in a loan deal, though there is an obligation for them to pay a £42.5million fee to make the move permanent this summer, but with Conte preferring a system containing three central defenders and two wing-backs, the North Londoners still appear short in that department.

A lack of centre-back options has forced usual left-back Davies to slot into the left side of a back three and his inexperience in that position was evident on Sunday.

Conte will be hoping to avoid a third successive Premier League defeat next weekend, but his Spurs side face the daunting prospect of table-toppers Manchester City at the Etihad on Saturday.

In this article:Featured, Manchester City, Premier League, Serie A