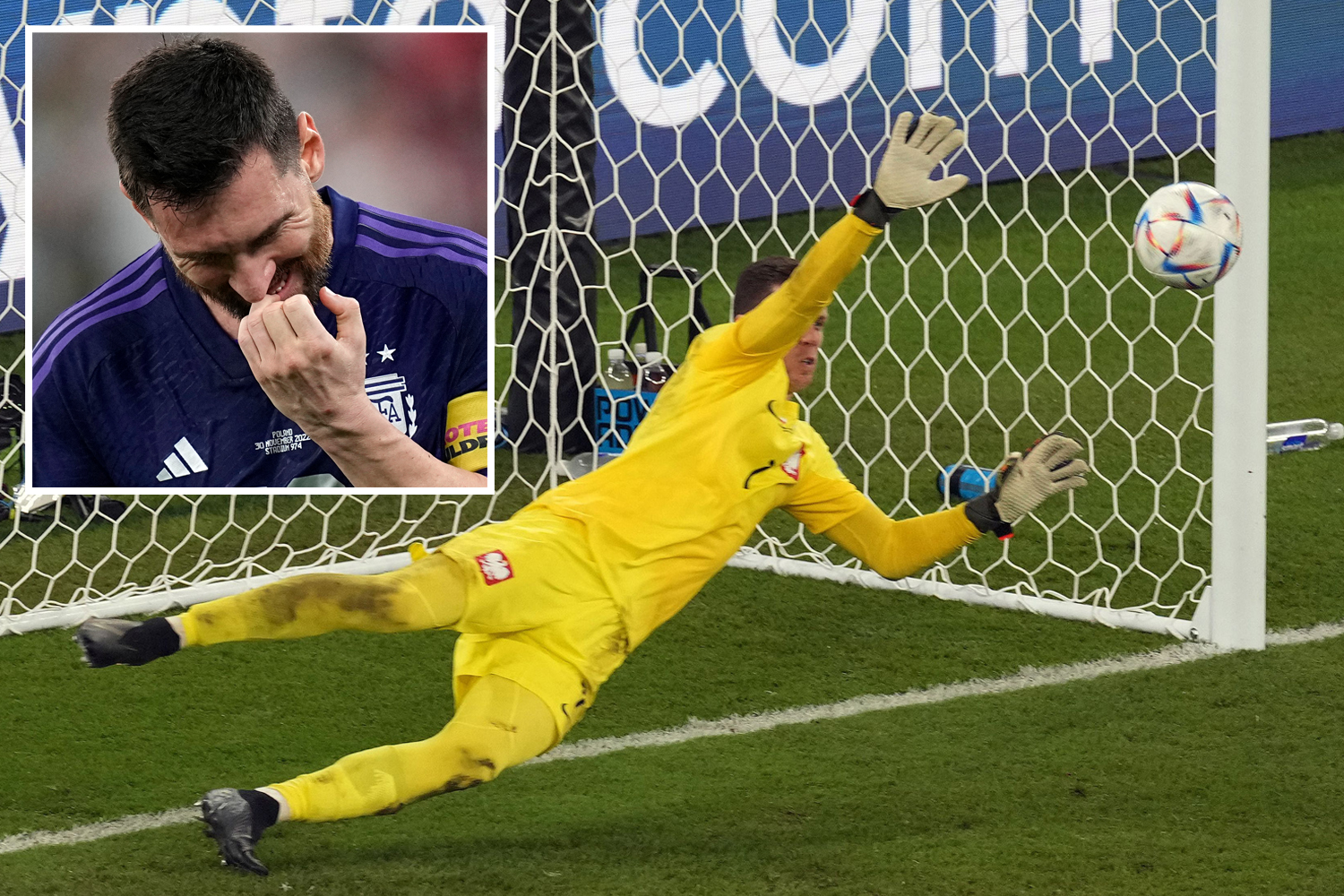 POLAND goalkeeper Wojciech Szczesny has revealed he lost a €100 bet to Lionel Messi over last night’s controversial penalty – and won’t be paying up.

Argentina were awarded the spot kick in the first-half of the World Cup clash which the PSG superstar failed to convert.

But the South American side managed to dig in and get two second-half goals to seal qualification at Stadium 974.

Poland also squeezed through by the skin of their teeth and can look forward to knockout football next week.

But they only qualified thanks to goal difference, with Messi’s miss potentially decisive.

Szczesny said he bet Messi €100 – around £86 – that Argentina would not be given a penalty as VAR intervened.

This was after the goalie appeared to catch the 35-year-old in the face with an outstretched hand in the penalty area after Messi headed a cross wide.

He lost the bet after Dutch referee Danny Makkelie consulted the pitch side monitor and pointed to the spot, leaving some fans stunned.

But Szczesny’s penalty-saving skills proved better than his ability to predict the future as he denied the PSG ace with a brilliant dive.

The keeper revealed the bet after the game but said he would not be paying Messi anytime soon.

Szczesny told TV2: “We spoke before the penalty and I told would bet him €100 that he [referee] wasn’t going to give it. So I’ve lost a bet against Messi.

“I don’t know if that’s allowed at the World Cup – I’m probably going to get banned for it! But I don’t care right now.

The former keeper’s heroics from the spot were ultimately not enough for Poland who capitulated under Argentina pressure.

It was the Premier League stars who had their say as Brighton’s Alexis Mac Allister scored early in the second-half before Manchester City’s Julian Alvarez made it 2-0.

Poland were left clinging on to their qualification spot on goal difference and then their disciplinary record.

Incredibly the European side having fewer yellow cards than Mexico was at one point sending them through to the last 16.

But on a night of high-drama and tension, Saudi Arabia’s Salem Al Dawsari – the same man who shocked Argentina last week – scored a late strike against Mexico to damage their goal difference and help Poland edge through.

Poland are now set to take on World Cup holders France in the last-16 while Argentina will play Australia.