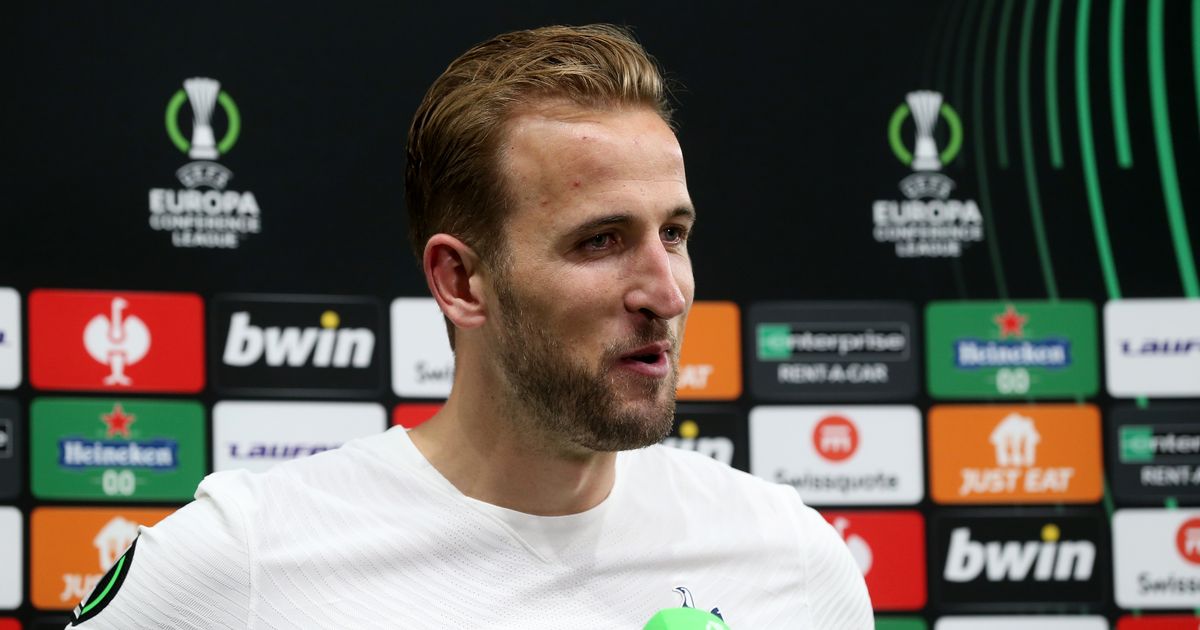 Harry Kane is reportedly open to reuniting with Mauricio Pochettino amid reports that the Paris Saint-Germain manager would target him if he becomes Manchester United boss.

The 28-year-old worked under Pochettino at Tottenham Hotspur for more than five years and the pair developed a strong player-manager bond.

It saw Spurs reach the Champions League final in 2019 while consistently finishing inside the top four Premier League places, feats that United have found themselves striving for during the post- Sir Alex Ferguson era.

The Argentine coach, who has a contract with PSG until June 2023, is currently the frontrunner to replace Red Devils interim manager Ralf Rangnick at the end of the season and is said to be keen on bringing Kane to Old Trafford should he be appointed.

Join the debate! Would Kane be a good signing for Man Utd under Pochettino? Give us your verdict here.

The Telegraph say that Kane is seen as a potential leader and the goalscoring machine that United have been missing ever since Robin van Persie hit 26 in Ferguson’s final season.

And sources close to the England captain claim he would be keen to work with Pochettino again, though a move away from Tottenham would be – to no one’s surprise – extremely complicated.

Rangnick has even made it clear that the Red Devils ‘obviously’ need to sign a striker in this coming summer transfer window, with Edinson Cavani and Cristiano Ronaldo 35 and 37, respectively.

“Edison’s contract is running out in the summer, and the club needs the best possible centre forward,” Rangnick admitted ahead of Saturday’s 1-1 draw with Southampton. “This is an obvious one. I think everyone is aware of that.”

Kane, meanwhile, committed his future to Tottenham back in August and current boss Antonio Conte says he is central to Spurs’ long-term future, having previously been linked with United before Ronaldo’s arrival.

“I knew the situation in the summer and, when Harry decided to stay in Tottenham, I found a player totally involved in this project … if we want to think to build something to win, Harry must be a starting point,” Conte stated in January.

Ronaldo and Cavani could both leave this summer
(

“I understand Harry’s situation. When you finish your career, you can see your appearances and the teams you made them for but, at the same time, it’s right to see what you have won. This is important, especially for the top, top players.

“I think that when Tottenham brought me here they wanted to send a signal outside, and maybe also to our players … We have to try to build a situation where we are all involved and to try to create a situation that we can be competitive to try to win.”