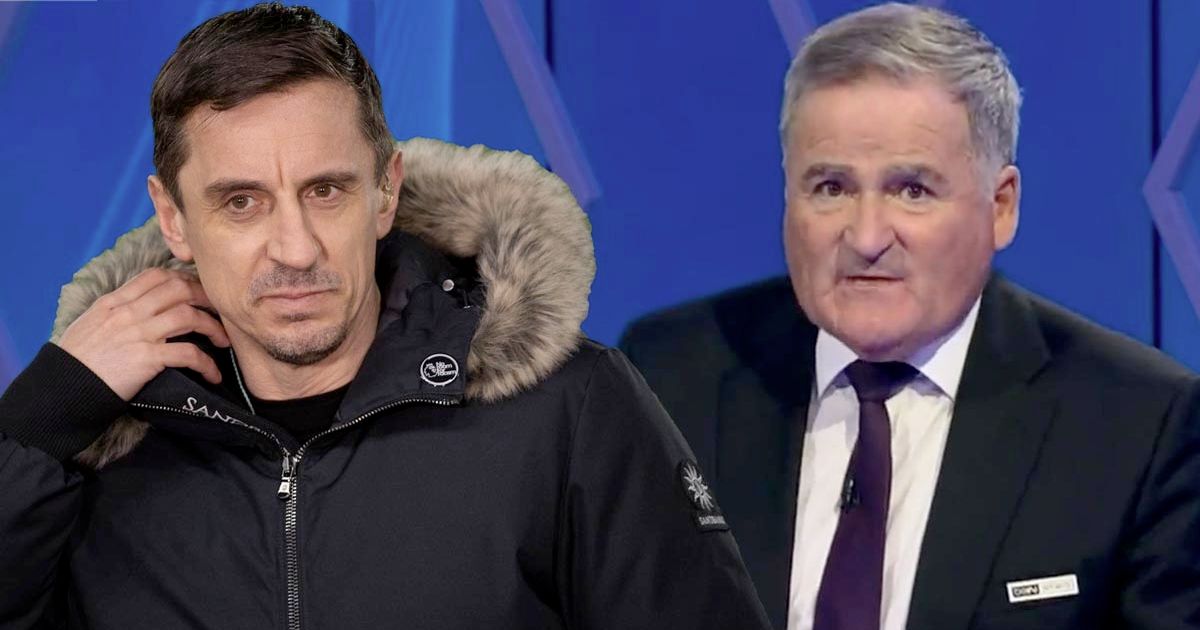 Keys has hit out at Neville over his new book (

Neville announced earlier this week that he would be releasing ‘The People’s Game: A View from a Front Seat in Football’ in September. While the Sky Sports pundit will hope it’s a bestseller, Keys won’t be picking up a copy.

Due to Neville co-owning cash-rich Salford City along with his ‘Class of ’92’ teammates, who supercharged the club to the Football League much thanks to their superior financial resources, the BeIN Sports presenter reckons there’s an element of hypocrisy in the title. “Nonsense,” Keys wrote on Twitter in a direct response to Neville’s announcement. “If it really was The People’s Game the author wouldn’t be a multi-millionaire nor own a football club lower down the pyramid that totally distorts wage structures.”

Offering an early look into what the book will focus on, the former England international wrote on his LinkedIn page : “Incredibly excited to announce my new book ‘The People’s Game: A View From The Front Seat in Football’. Last year when the European Super League was announced, it felt like football was being taken away from the fans.

“I believed football as we knew it has been changing, and as I became more passionate about the wider game in the last few years, I wanted to take a deep dive into how we view football, the roles that the game and clubs involved play in our society and the issues we’re all seeing in the sport today .

“It feels like the right time to be sharing this book, bringing together my views as well as those shared by the contributors and fans who have all been kind enough to give their opinions on each of the topics we’ve covered within the book. I hope you all enjoy it.”

Neville has been criticised by Keys for his new book
(

Join the debate! Do you agree with Keys? Give us your verdict in the comments section.

It’s not the first time that Keys and Neville have been at odds, too, with last month’s Champions League final seeing them on opposite sides. Neville had been critical of BT Sport ‘s lack of pre-match coverage of the chaos outside the Stade de France in Paris, as Liverpool supporters were aggressively treated by police, forcing kick-off to be delayed on three separate occasions.

Keys leapt to the defence of BT’s team, noting how Neville was part of Sky’s punditry lineup who covered the ugly scenes prior to United’s clash with Liverpool in April 2021 which was postponed after protesters managed to get onto the at Old Trafford pitch. “F**k me Gary, is there nothing you’re not an expert on?” Keys tweeted.

“I’ve worked with guys BT Sport & they’re top pros as Jake Humphrey has said. I’m quite certain Saturday was a challenging night for everyone. Just like covering the OT riot you instigated & covered badly at Sky.”