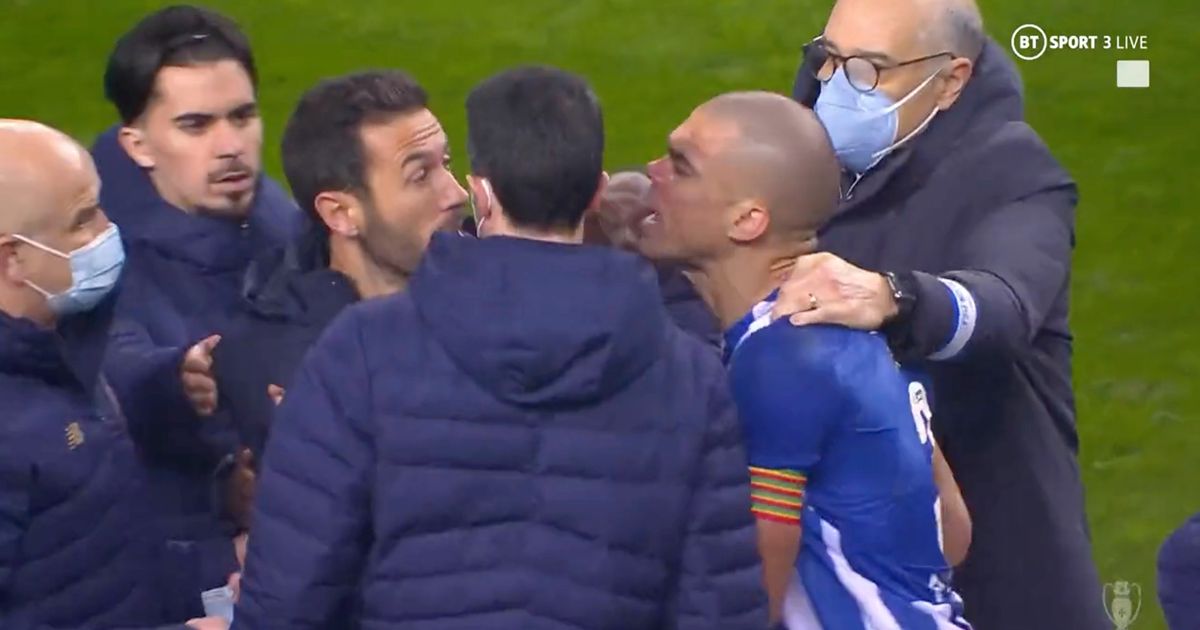 Diaz trains with Liverpool ahead of Champions League clash at Inter

Porto defender Pepe faces a ban of two years from football amid accusations that he hid a bullet during Friday night’s crunch Portuguese league clash against Sporting Lisbon.

The tetchy match ended in a remarkable 40-man brawl as players, staff, stewards and even ball boys got involved as tensions boiled over.

Referee Joao Pinheiro responded to the chaos by showing red cards to two players from each side, while former Liverpool defender Sebastian Coates had already been dismissed for two yellow cards.

Pepe and Agustin Marchesin saw red for Porto while Sporting pair Tabata and Joao Palhinha were also shown red for their parts in the brawl.

Former Real Madrid defender Pepe was the highest profile individual involved in the incident and the talismanic player has built up a reputation of winding up his opponents and being disciplined.

Have Your Say! Where does Pepe rank among Portugal’s greatest players this century? Tell us what you think here.

Friday night was the 13 th red card of the player’s career but it was his first since returning to Porto in 2019 and his first in a league match for any club since 2011 – over a decade.

Yet his good behaviour disappeared after the final whistle blew, as players and club staff were involved in a mass brawl with referee Pinheiro attempting to keep things under control.

Pepe is now facing a ban from football which could be as long as two years after A Bola reported accusations that he kicked a director from Sporting, which equates to committing an act of violent conduct.

Should Pepe be punished for the incident, his ban from playing could range from two months to two years – as outlined by the Disciplinary Regulation of the League of Clubs which, in article 145 states that Pepe’s actions were a ‘very serious disciplinary offence’.

The director in question is not mentioned, but Pepe saw the red card from the referee when he was involved in an argument with Hugo Viana.

Pepe will celebrate his 39 th birthday this month and a lengthy ban could effectively finish his playing career at this level.

The same potential punishment could be handed to Sporting midfielder Tabata, who was caught by video footage to push Porto director Luis Goncalves during the brawl.

However, Pepe may be in even further trouble as A Bola separately highlight claims that he hid a bullet earlier in the match, after one appeared to be thrown from the stands onto the pitch.

The Portuguese outlet claims that Pepe tried to hide the bullet from the authorities and from opposition players, but it dropped to the pitch.

After it fell to the pitch, Sporting players demanded him to show it to the referee, with Ricardo Esgaio receiving a yellow for doing so.

Television footage shows the furious reaction of players from Sporting in highlighting the situation to the official.

Porto defender Pepe was at the centre of the incident

The league delegate’s report is said by A Bola to mention that a bullet was caught by Pepe on the pitch and that the official kept the item after being alerted to the situation by players.

It was finally handed over by the referee to the delegate of the league, the report adds, who should report it to the relevant authorities.

As yet, there is no definitive video evidence that the item was a bullet.

After the encounter, Sporting boss Ruben Amorim told Sport TV: “Let there be the same investigation that was carried out with Nuno Santos and punish whoever has to be punished.

“It’s a bad example but it’s everyone’s fault, not only of the players.”

Sporting president Frederico Varandas said: “This game reflects, for me, what the last 40 years of Portuguese football has been about.

“Of an era where they (Porto) have a president called Pinto da Costa.”

Sporting won the Primeira Liga last season and will take on Manchester City in the last 16 of the Champions League.

They remain six points behind league leaders Porto after throwing away a two-goal lead at the Dragao. 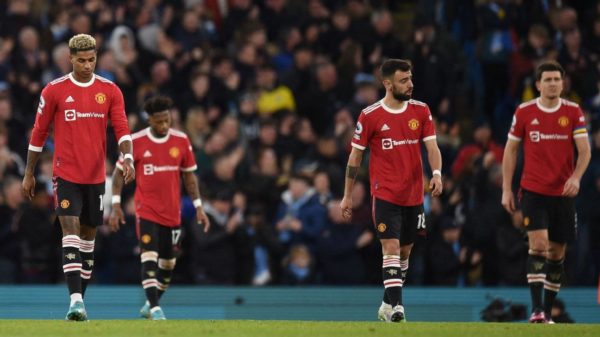