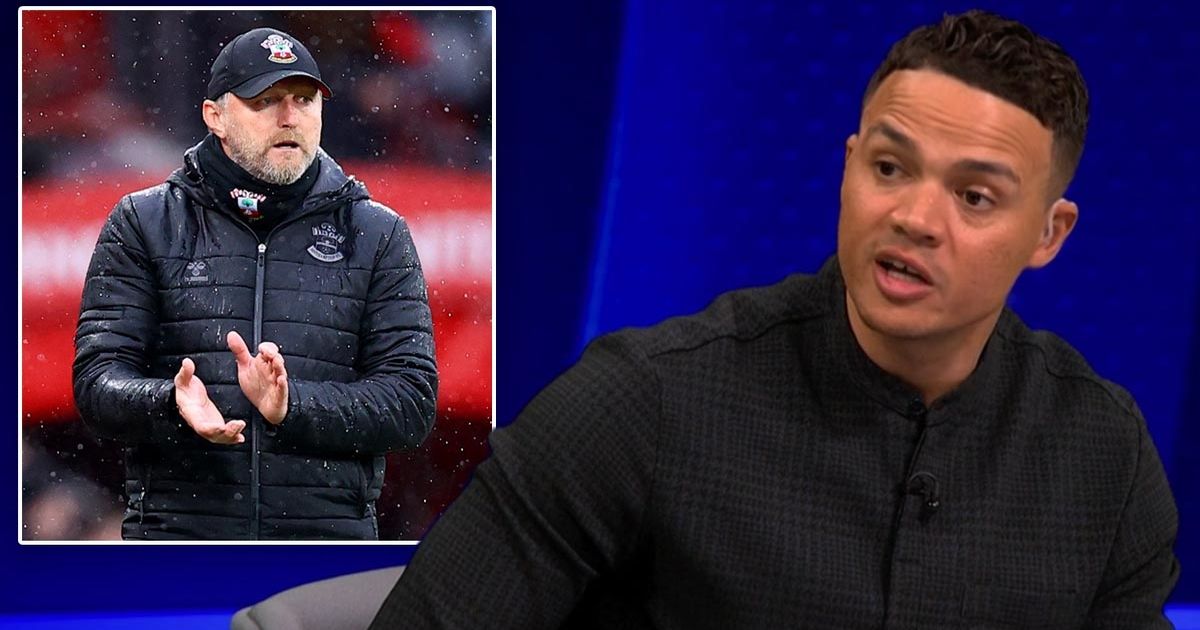 Hasenhuttl guided the Saints to a deserved point at Old Trafford and post-match, the Austrian picked apart where the Red Devils struggle.

“It is not a big secret that when they lose the ball that the reverse gears are not the best from everybody,” Hasenhuttl told reporters in reference to United’s frequently below-par work ethic.

But Jenas, who praised Southampton for their performance during Saturday’s draw, was less complimentary about their manager’s display in the aftermath.

Join the debate! Was Hasenhuttl out of order? Give us your verdict here.

“I don’t like it, if I’m totally honest with you. I’m not a fan of it,” the former Tottenham Hotspur star said on BBC’s Match of the Day. “He’s had such a great week so he should focus on that and what his team are doing.

“I get that he’s got that relationship with Ralf Rangnick but it didn’t sit right with me, talking about another team, especially when they’re going through a tough period.”

Fellow pundit and ex- Liverpool midfielder Danny Murphy defended Hasenhuttl, however, adding: “He was asked the question, and he only spoke the truth.”

But Jenas doubled down and responded: “You can ignore the question and say you want to focus on your team and the positives, which is what he should have done.”

Red Devils legend Gary Neville saw Hasenhuttl’s comments from another angle, tweeting: “Imagine being a Manchester United player and having a respected opposition manager say that about you.”

Nothing could bring the 54-year-old’s spirits down, though, with the Saints coming out of a tricky three matches in the Premier League with one win and two draws.

“We have had Manchester City, Tottenham and Manchester United in the last three Premier League games and not lost one,” Hasenhuttl noted to BT Sport, with his team having one less day to recover than United before the clash.

Jenas was not impressed with Hasenhuttl’s comments
(

“Especially [proud] because of the fact that we had one day left to recover after our game on Wednesday. I think you could feel it in the first half, we had problems to find in the game.

“We haven’t been fresh enough, it was a little bit of heavy legs I think in this part of the game, and then it takes a little bit until you get in your rhythm and then you have to start running and start playing football.

“And when we started doing this, especially in the second half, we have been a different team and a much better one. I think in the end they had a better first half and we had a better second half. The draw, we take it.”