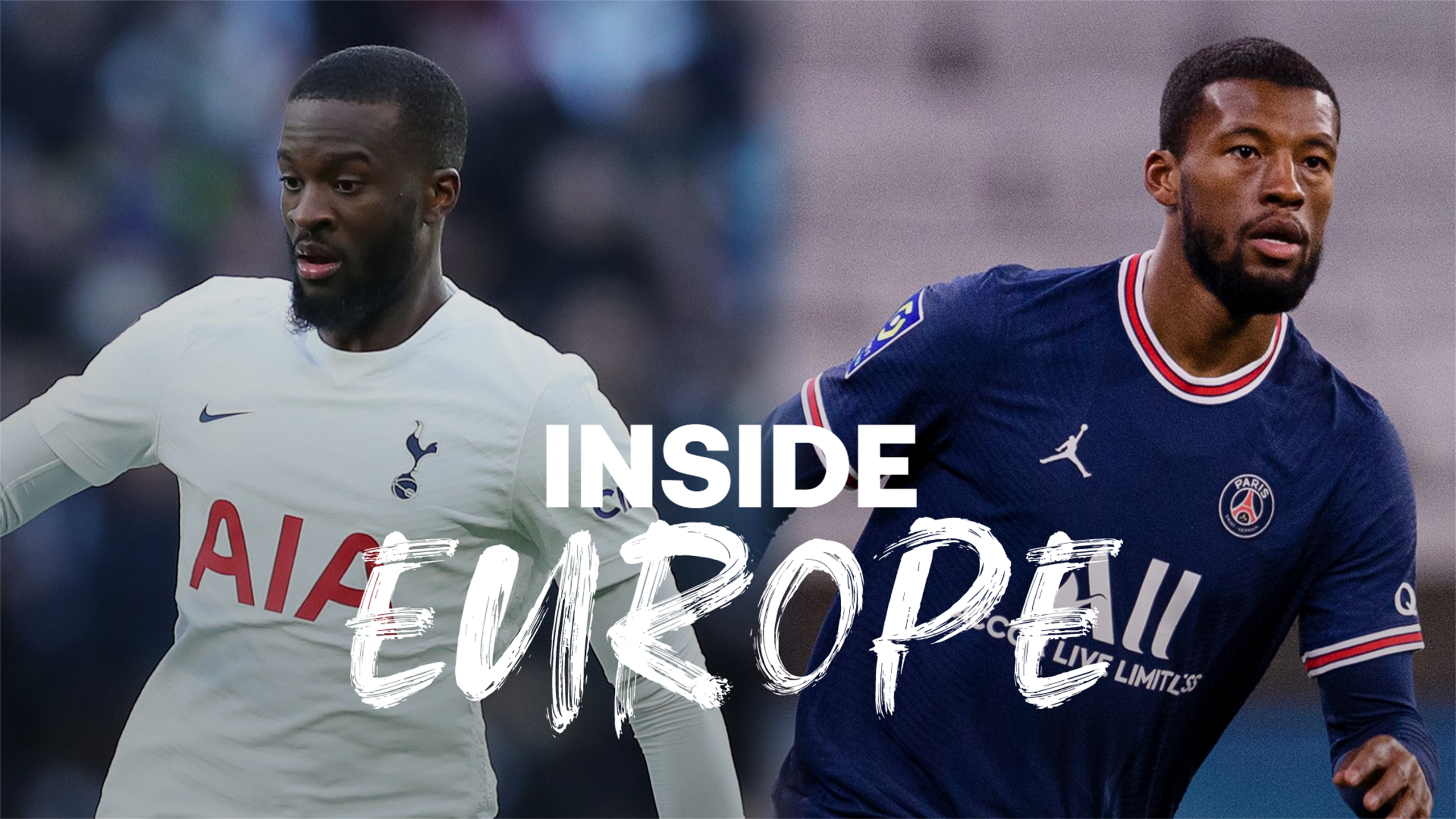 Tanguy Ndombele’s Tottenham future hangs in the balance with reports that new manager Antonio Conte has seen enough to know the Frenchman isn’t part of his plans.

The £55 million midfielder arrived at the Tottenham Hotspur Stadium in 2019 with much fanfare after impressing in Ligue 1 with Lyon.

However, fitness issues among other things have seen the move turn sour and his time in north London looks to be coming to an end.

The 25-year-old could be thrown a potential lifeline, however, by the man who brought him to Spurs in the first place as Mauricio Pochettino is said to been keen to take Ndombele to Paris Saint-Germain.

Rumours have intensified over a possible deal that may include former Liverpool midfielder Georginio Wijnaldum returning to England, despite the Dutchman only arriving in the French capital this summer.

Eurosport France’s Yohann Le Coz breaks down how any move involving these players impacts all parties involved.

Ndombele was obviously highly rated before moving to Tottenham, why do you think his move hasn’t been a success?

His behaviour both on the pitch and off the pitch, has frequently been highlighted. The coaches he’s had haven’t always found him to be 100% involved.

If PSG want him, they realise he is still a useful player – can he recapture his form if he moves back to Ligue 1?

If his behaviour and involvement really are the main issues, then maybe PSG is not the best place for him to recapture his form.

Why do PSG need a player of Ndombele’s profile?

PSG was supposed to find in Wijnaldum the kind of player Ndombele can be. Good defensive skills and able to support attacking players – basically a very complete midfielder.

But Wijnaldum isn’t performing as he should be.

If the move goes ahead and he is a success, what chance of him getting back into the France squad?

There is a lot of competition in the French squad among the midfielders. Paul Pogba and N’Golo Kante are essentially first choice in the team, Corentin Tolisso and Aurelien Tchouameni are doing great with their clubs, Lemar Lemar and Adrien Rabiot are just behind, JordanVeretout has been called up recently. Ndombele’s chances are slim we could say. Especially when you think that Didier Deschamps gives a lot of importance to players’ attitudes and the way they can fit in the group.

Why would PSG want to get rid of Wijnaldum so soon?

PSG don’t really want to get rid of him, they are just looking for the best midfielder possible, and currently he’s not the guy.

Actually, it’s more the case of Wijnaldum suggesting he doesn’t feel happy in Paris, than PSG wanting him to leave.

How has his PSG career been so far?

Not great. He was expected to have a bigger influence on the way PSG play and be the kind of midfielder who can defend and score some goals, or at least make the last pass.

But apart from a big game when he scored twice against Leipzig in the Champions League, you can feel he is a bit shy when he plays. He doesn’t take a lot of risks and is not easily found on the pitch by his team-mates. In the important Champions League games against Leipzig and Manchester City, he was not in the starting squad.

Are there issues with Pochettino’s tactics or others players in the team?

Not really. At Liverpool he had a great ability to defend and attack a lot, so he should been the ideal fit for Pochettino’s style of play.

PSG in talks with Spurs over Ndombele loan deal – reports