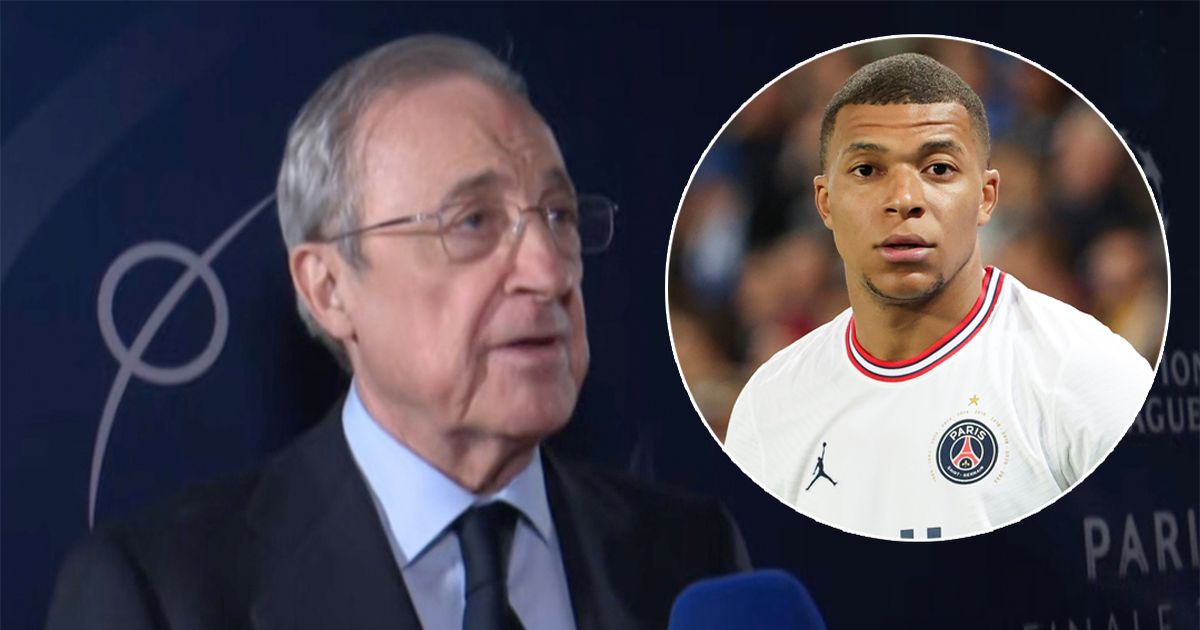 Real Madrid president Florentino Perez insisted that Kylian Mbappe has already been “forgotten” by the club after they defeated Liverpool in the Champions League final.

Vinicius Junior scored the only goal of the game, two minutes before the hour mark, to seal the Spanish giant’s 14 thChampions League title and ensure that an incredible season for the Reds ended with disappointment. It came less than a week after Jurgen Klopp’s side narrowly missed out on the Premier League title to Manchester City.

Yet for Real Madrid, it capped a wonderful season after they secured their 35 th La Liga a month and they have now clinched both domestic and European glory. In-between those success, the club did taste defeat on one front: their pursuit of Paris Saint-Germain striker Kylian Mbappe.

Mbappe has opted to sign a three-year contract extension with the Ligue 1 champions, keeping him in the French capital until 2025. It means he will not be joining Real Madrid on a free transfer this summer, as many had expected – with suggestions that he had given his word to the Spanish giants that he would be joining them this year.

It comes less than a year after the French club rejected a world record transfer offer from Los Blancos for the striker, whose contract at the Parc des Princes expires on 30 June. Last week the striker said that the decision on his future will be announced “in a matter of days” and it subsequently brought an end to a long-running saga.

Mbappe was said to have a verbal agreement in place to join Madrid earlier this season and the striker had recently hinted at a move to the Spanish capital while a recent interview suggested that he had been open to leaving France. However, that move did not materialise and he has now penned a lucrative deal in Paris.

Have Your Say! Did Mbappe make a mistake by rejecting Real Madrid? Tell us what you think here.

Real Madrid president Perez was asked about the striker during the post-match celebrations at the Stade de France, as the Spanish giants lifted the European title in Mbappe’s home city.

Perez explained to Spanish TV station Movistar after the match: “Real Madrid will always keep working on having the best players. But Mbappe is forgotten now. It’s fine. Madrid had a perfect season. It’s a subject that’s forgotten.”