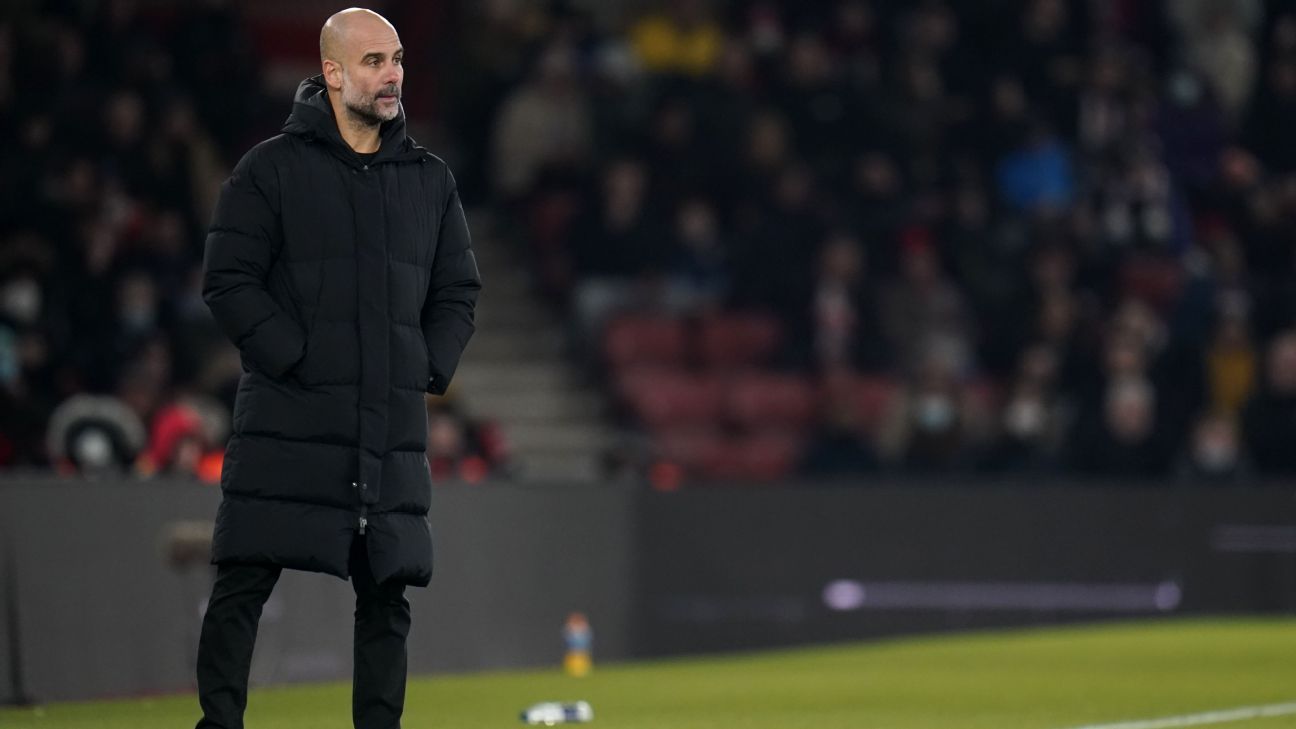 Pep Guardiola says he will seek talks with Oleksandr Zinchenko about the tensions between his homeland Ukraine and neighbouring Russia.

There are fears in Ukraine, where Zinchenko is a prominent figure, that Russia are planning to invade.

– Notebook: The inside stories from world football
– Stream ESPN FC Daily on ESPN+ (U.S. only)

Guardiola says it is normal for the full-back to be “concerned” and the Manchester City manager is planning talks about the situation.

“We will have it [a meeting] for sure, but we haven’t had it because we have only had three or four days together and with the injury we are focused on that,” Guardiola told a news conference on Friday.

“I’m pretty sure we will. Every human being when something happens in their country we are concerned. Around the world these kinds of things happening in the 21st century is so depressing.

“When a decision is made for political interest, it is difficult and you have to accept it. Unfortunately what has happened has happened. I will speak with Oleks and he will know the situation better than myself.”

Meanwhile, Guardiola has revealed his “struggles” with Joao Cancelo when the Portugal full-back first arrived at the Etihad Stadium from Juventus in 2019.

Cancelo has signed a new contract at City that will keep him at the club until 2027. It was reward for the 27-year-old’s fine form but Guardiola has admitted the pair have had to work through some initial teething problems.

“Everyone knows how important Joao is with us and what we have done in the last two seasons, especially this season,” said Guardiola.

“We struggled together in the first part when he arrived. We did not agree on many things but in part for my mistakes. But now he’s incredible and I’m so delighted he’s fully happy here and can play in this club for the next years.

“He is a versatile player who can play in many positions.

“He is a guy who can play every day. His physicality is impressive and the skills he has. He is beloved in the locker room because he is so funny. So I’m very pleased for him.”

In this article:Featured, Juventus, Manchester City