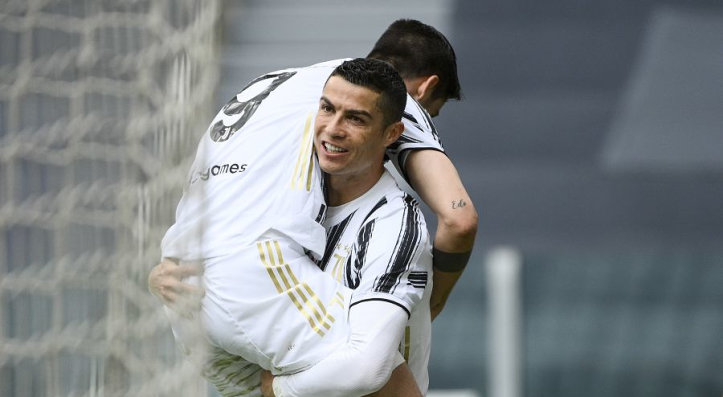 Juventus made it two wins from two in a crucial week for their hopes of qualifying for next season’s Champions League.

Dejan Kulusevski, Alvaro Morata and substitute Weston McKennie grabbed the goals as Juventus defeated Genoa 3-1 in Turin. Gianluca Scamacca grabbed a consolation for the away side.

Having also beaten Napoli in midweek, Juventus find themselves in third position in Serie A with eight games remaining.

But which players stood out most?

Big things were expected of the Sweden wonderkid when he joined Juventus from Atalanta last year for a fee which could rise to as high as €44 million.

However, the winger has struggled for much of the campaign having often been deployed out of position at wing-back or as a striker.

He was heavily criticised after a dismal performance in last week’s derby but displayed some of his potential on Sunday versus Genoa.

Playing in his best position on the right wing, he broke the deadlock with a trademark curler into the far corner. Kulusevski linked up well with the likes of Ronaldo and Juan Cuadrado, and will now be hoping to finish the season well.

The Spaniard started the season brilliantly for Juventus but his form has completely plummeted since December.

Against Genoa, he was much more like the Morata we saw in September and October.

He drifted out to the left, used his pace and movement intelligently, and also finished well after Ronaldo had hit the post.

Morata needs more of these performances if Juventus are going to keep him on next season.

The Brazilian has been one of Juventus’ better players this season and has been a favourite of coach Andrea Pirlo.

Pirlo has deployed him in a variety of different roles, including at centre-back and at central midfield.

On Sunday, he started the match at left-back before being switched to right-back at half-time.

He excelled on both sides, with his passing accurate as it often it is. Indeed, the former Real Madrid and Manchester City man delivered the assist for Weston McKennie to kill off Genoa’s comeback hopes.