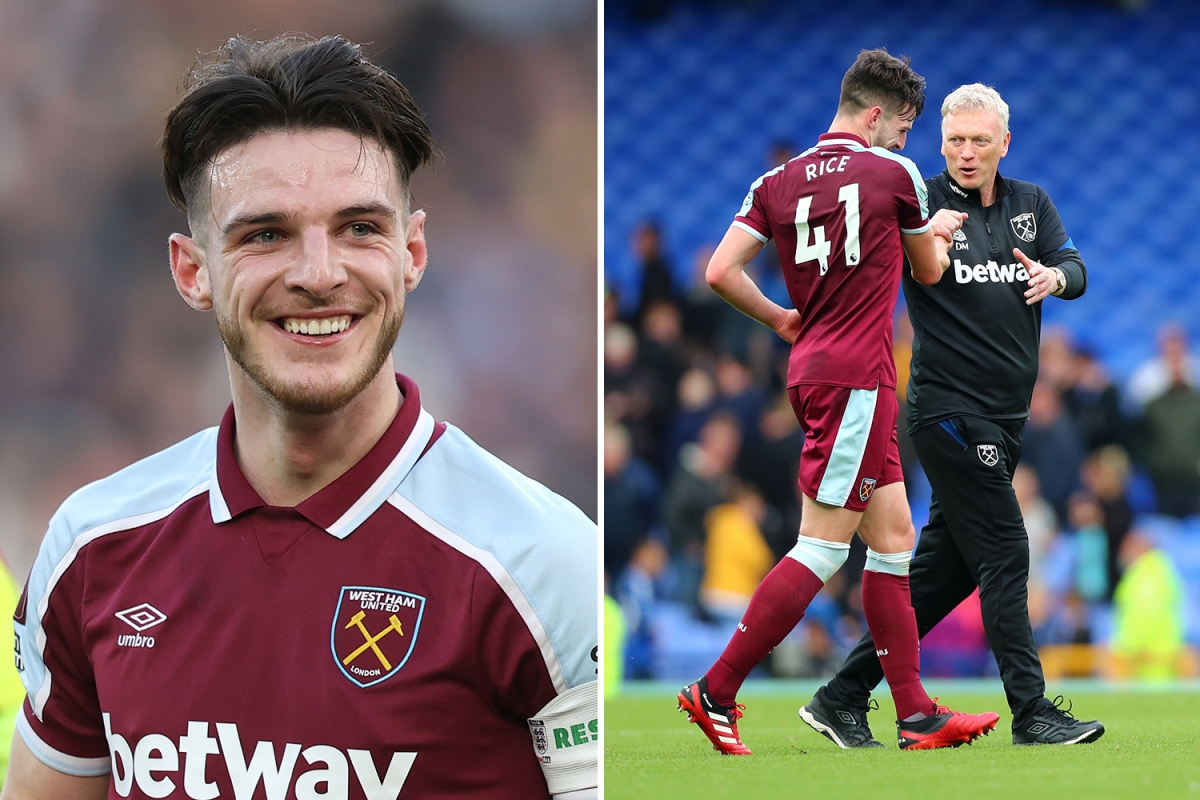 DAVID MOYES says the Premier League big boys missed the chance to sign Declan Rice on the ‘cheap’ — for £100million.

And the West Ham boss has warned them it will take a ‘humongous’ offer to prize him away this summer.

Rice, 23, is on the radar of the likes of Manchester United, Manchester City and Chelsea after cementing himself as an elite talent for club and country.

The midfielder’s contract expires in 2024.

Moyes previously said it would take £100m to get Rice but now he believes that price tag will be even greater.

Ahead of today’s FA Cup trip to non-league Kidderminster, Moyes said: “You will need humongous money to get close.

Rice wants stay near his family in south west London. Yet there are concerns the lack of investment by the club in January could convince him his future is elsewhere.

Moyes was frustrated after several deadline day moves broke down.

He added: “Would we have liked to have added to the squad? Yes. We’ve tried to be ambitious with what we’re doing. I want to take the club forward.

“I didn’t feel as if it was that sort of transfer window for me, as it wasn’t for lots of other teams.

“I wanted people who were actually going to take other people’s jerseys and challenge them.”