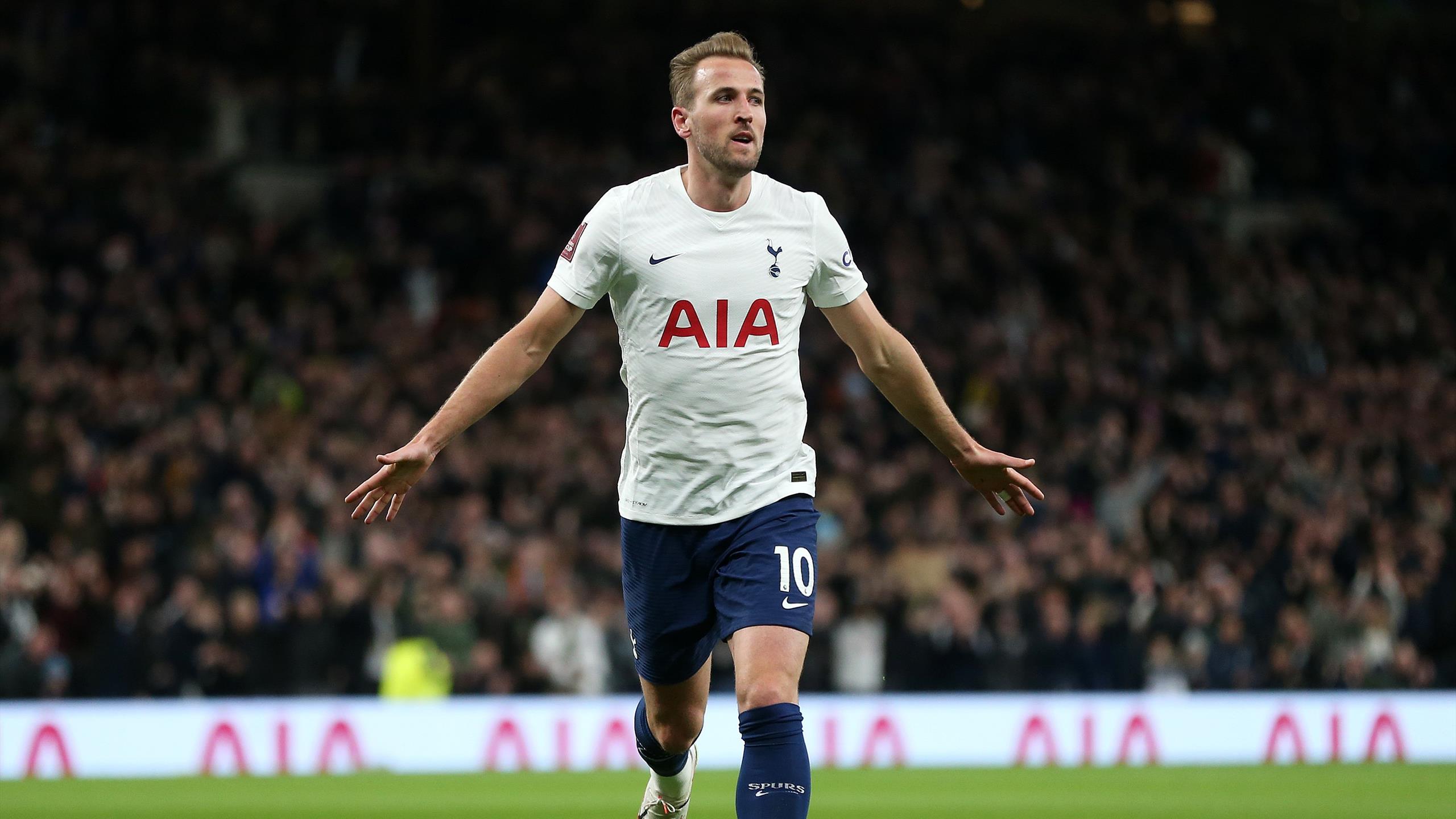 Tottenham eased into the fifth round of the FA Cup with a 3-1 win over Brighton.

Spurs boss Antonio Conte fielded a strong side and he was rewarded with a dominant display.

Harry Kane, who was deeply impressive on a rare FA Cup start, set the ball rolling before an own goal from Solly March took the wind from Brighton’s sails.

The visitors got back in the game through Yves Bissouma, but a second from Kane eased Spurs’ passage to round five.

Brighton are normally tough to break down, but they were the architects of their own downfall on Saturday.

Seagulls goalkeeper Robert Sanchez was lucky to get away with a gaffe on 11 minutes when gifting possession to Kane, who seemed surprised the ball came to him and scuffed his shot.

A couple of minutes later, Brighton made the same mistake – and it proved costly. Adam Webster made a hash of his clearance, Spurs shifted the ball to Kane on the edge of the box and he curled a glorious effort into the far corner with his right foot.

Harry Kane of Tottenham scores their 3rd goal during the Emirates FA Cup Fourth Round match between Tottenham Hotspur and Brighton & Hove Albion at Tottenham Hotspur Stadium on February 5, 2022 in London, England. (Photo by Charlotte Wilson/Offside/Offsid

The lead was doubled on 24 minutes, as Emerson Royal galloped onto a ball down the right and kept driving. He attempted to stand a cross up into the box, but it took a deflection off March and looped over Sanchez and into the net.

Brighton improved after the break and the impressive Bissouma got them back in the game on 63 minutes when his shot from the edge of the box took a huge deflection off Pierre-Emile Hojbjerg and past Hugo Lloris.

The comeback was short lived, as three minutes later Heung-min Son turned on the afterburners to drive into the Brighton box from the halfway line and the ball fell for Kane to bundle home.

Spurs did look in danger of regressing following the departure of Mauricio Pochettino. After the failed experiment with Jose Mourinho, Nuno Espirito Santo failed to inspire the players to follow him in his methods. Daniel Levy acted, and went for the proven track record of Conte. He has delivered league titles at Bari, Juventus, Inter Milan and significantly, in the Premier League with Chelsea. The players looked hungrier and more focused after a matter of weeks working with the Italian.

He might not have got everything he wanted in the January window, but provided the club back him in the summer, Spurs could finally be on the right track. This was only a win over Brighton, but it was the manner in which it was secured and the statement Conte made by deploying his star man in attack.

The England captain is not a regular starter in FA Cup games. His latest start before Saturday was the semi-final loss to Manchester United in 2018. It was a statement of intent from Conte, and he was rewarded with a dazzling display. The opening goal was the highlight, but his all-round play was excellent. And it he was all round the park. His passing was a delight, while at times you had to double-take as he was on occasions playing calm clearances from inside his own box. If Kane stays fit, Spurs have a shot at FA Cup glory.

13′ – GOAL SPURS! – Kane justifies his selection with a brilliant goal. Webster makes a mess of his clearance, Spurs shuffle the ball to Kane 20 yards out and he curls the ball superbly into the corner.

24′ – GOAL SPURS! – Well, how to describe that? Royal gallops onto the ball down and right and keeps going, and going and going. Kane asks for it on the edge of the box. Royal says no, and clips a cross towards no-one in particular, but it takes a deflection and loops over Sanchez and in.

63′ – GOAL BRIGHTON! – The pressure has been building and the impressive Bissouma gets it. He drives across the box from left to right and his shot takes a massive deflection off Hoejbjerg and leaves Lloris with no chance.

66′ – GOAL SPURS! – Tottenham ease the nerves. Son does brilliantly to collect the ball on the halfway line and drives past defenders. Webster attempts to tackle and only directs it into the path of Kane who forces the ball home.

Ndombele: I had five managers at Spurs – I needed something else

Wijnaldum is not ‘the guy’ for PSG… but could Ndombele be? – Inside Europe