Porto boss Sergio Conceicao has accused Chelsea head coach Thomas Tuchel of telling him to ‘f*** off’ in the aftermath of their Champions League quarter-final clash – but the Blues say the claim is ‘complete nonsense’.

The Portuguese boss appeared to take issue with the German after the pair had fist-bumped at full-time, with Chelsea having secured their passage into the semi-finals.

Conceicao could be seen speaking to the fourth official, as well as his own players, who then took issue with Tuchel. 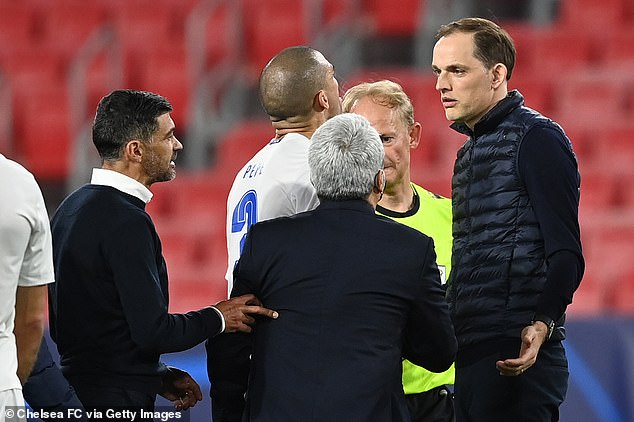 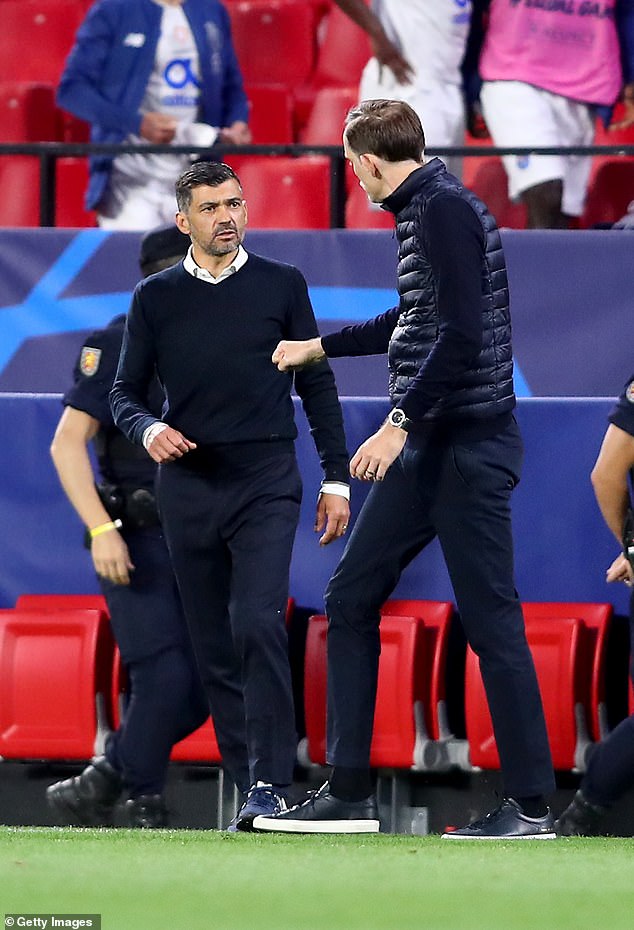 According to reports in Portugal, the German told his counterpart to ‘f*** off’ at full-time

Defender Pepe could be seen confronting the Blues trainer, and the pair had to be seperated by one of the officials.

Speaking after the game, Conceicao confirmed that he had been insulted, but refused to divulge what he had heard at the time.

‘I was insulted by this man who is next door,’ he said. ‘I told the referee that the fourth referee heard the insults. 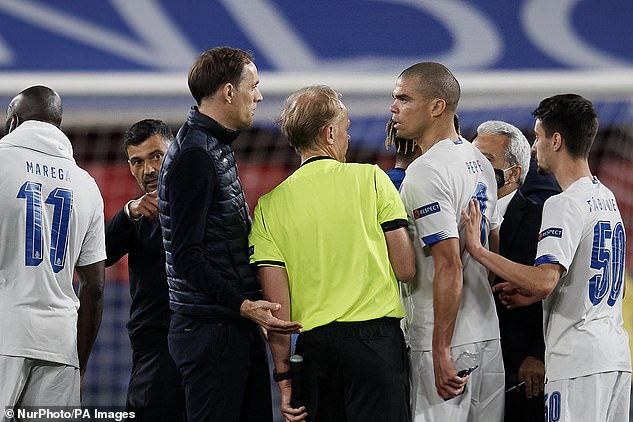 ‘My English is not perfect, there is no point in talking about it. There was no exchange of words because I was focused on the game, I don’t know why he reacted.

‘But I didn’t understand it very well. I heard some insults, but it’s gone … it’s not pretty and my irritation in the end had to do with it. I didn’t even speak to him.’

Tuchel attempted to downplay the situation when he was asked about it after the game. 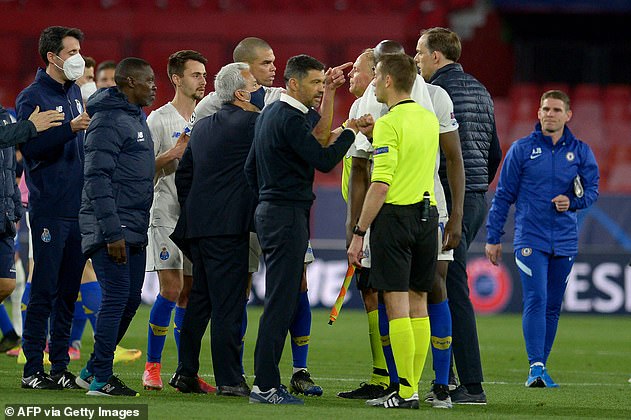 ‘It was just a little argument with me and their coach, and everybody was following me suddenly,’ he said. ‘No harm done.’

According to the Portuguese publication Record, Tuchel telling Conceicao to ‘f*** off’ was the catalyst for the ugly scenes at full-time.

A Chelsea spokesperson today said: ‘This allegation is complete nonsense.’

The pair had clashed on the touchline during the game, exchanging words when Porto were denied a penalty.

On the pitch, Chelsea progressed despite losing 1-0 – Mehdi Tameri’s sensational overhead kick in stoppage time proving nothing more than academic.

Chelsea will meet either Liverpool or Real Madrid in the semi-finals.