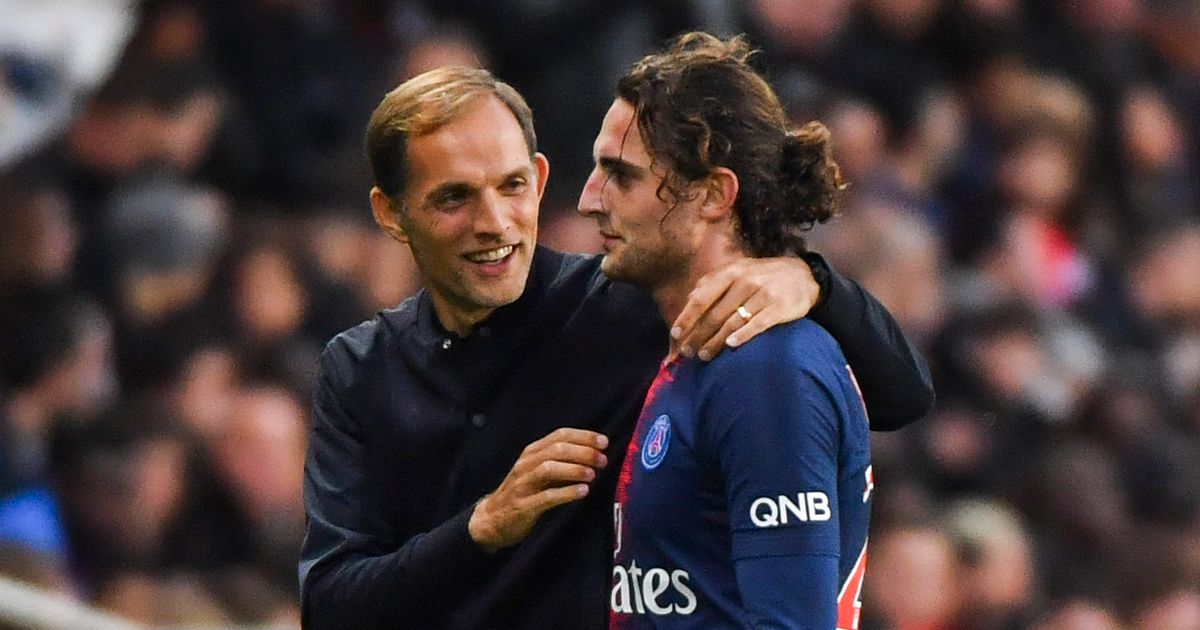 Thomas Tuchel is eying up a possible move for Juventus and France star Adrien Rabiot this summer.

According to Gazzetta dello Sport, Chelsea is a potential destination for the 27-year-old, who has just a year left on his current contract at the Serie A side. Juventus also need to free up space in the midfield if they are to re-sign Paul Pogba from Manchester United on a free transfer.

Rabiot made 45 appearances across all competitions last season and was a key member of the side, starting in all but one of Juventus’ final 15 league games. But it would seem Massimiliano Allegri is willing to let him leave the club as they begin to reshape their squad ahead of the new season.

The report claims Rabiot is worth around €20-30million and it is a price tag which ‘would not scare’ the Blues. They also explain that the former PSG man could suit Premier League football due to his robust and physical style.

And Chelsea are supposedly keen to sign him with N’Golo Kante and Jorginho both struggling for form of late. Mateo Kovacic has arguably been the Blues’ outstanding performer in recent months and could do with a physical presence alongside him.

It would mean a reunion for Tuchel and Rabiot, despite the pair reportedly falling out during their time at Paris Saint-Germain. As per Gianluca Di Marzio, Tuchel banned Rabiot from using the club’s dressing room after the latter failed to sign a new contract at the French champions in December 2018.

Should Adrien Rabiot join Chelsea this summer? Let us know in the comments below!

Rabiot was forced to train with PSG’s reserves and also managed to get suspended after going to a nightclub and liking a post from Patrice Evra following their 3-1 Champions League loss to Manchester United later that season. It was a succession of actions which led to Rabiot leaving the club to join Juventus on a free transfer in July 2019.

“It’s a decision of the club that Adrien is not with the team. I understand and respect this decision; now we’re going to wait,” Tuchel said of Rabiot’s suspension in 2018.

“I’ve said a lot of times I love the player, but the situation has been going on for a long time. That’s how it is … The club made this decision, and I have to respect it.”

However, Rabiot could now be set for a move to west London if Tuchel approves of the deal. There is no doubt that, on his day, the Frenchman is a neat and tidy footballer who operates mainly in the central areas but can also come out to the left hand side, where he sometimes plays for France.