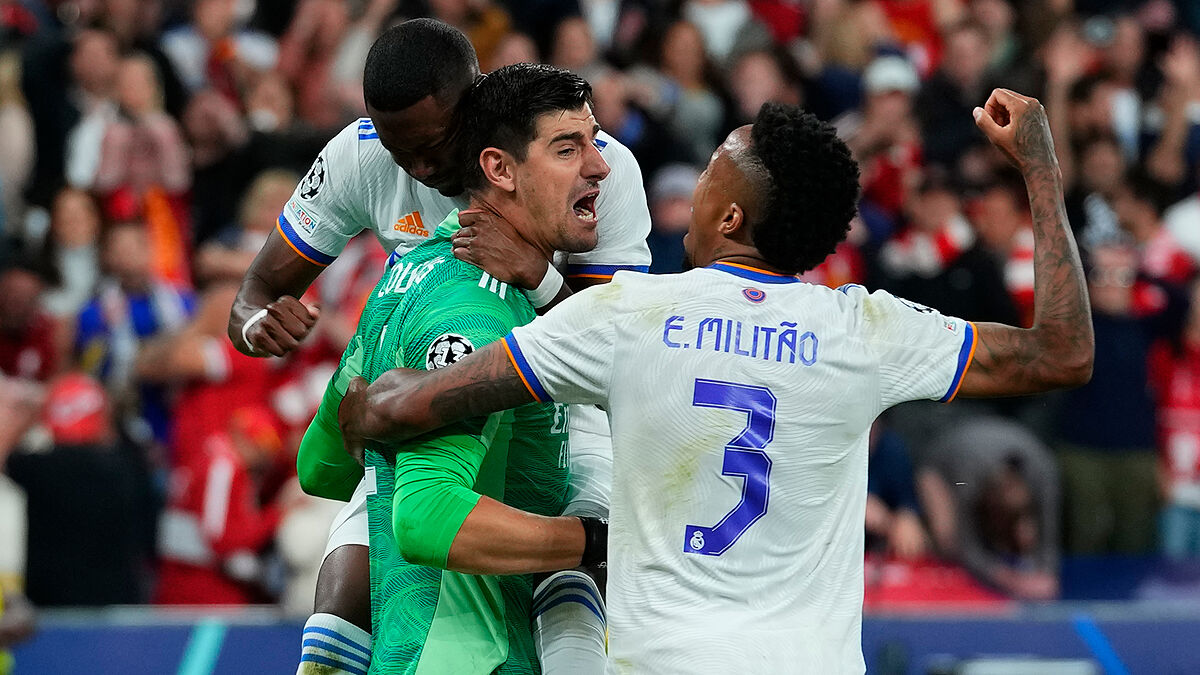 Real Madrid goalkeeper Thibaut Courtois had a chip on his shoulder when he stepped on the field of Stade de France on Saturday for the UEFA Champions League final against Liverpool FC. He wanted to prove his doubters wrong, especially those from England.

Courtois did just that, becoming the third GK in Champions League history to win the Man of the Match award. He recorded nine saves — most in UCL final history — against the likes of Mohamed Salah and Sadio Mane, leading his club to a 14th European title.

After the match, Courtois spoke to those critics who have doubted him throughout the years, especially from England. Courtois was previously a Chelsea FC player, so its obvious with whom he has a bone to pick.

“I needed to win a final for my career for all my hard work and to put respect on my name because I don’t think I have enough respect, especially in England,” Courtois said. “I saw a lot of criticism after a great season that I was not good enough.

“I’m just really proud of the performance from the team and when I needed to be there, I was there for the team.”

The Belgian keeper was not only the key to winning the final, he was an essential part of Madrid’s entire championship run. Courtois recorded 61 saves this UCL season in 14 games. For contrast, Liverpool GK Alisson had 15.

Los Blancos did not play a great match against the Reds, but Courtois, who stands at 6-foot-7-inches tall, was an impenetrable barrier. Even legendary Real Madrid goalkeeper Iker Casillas tweeted about Courtois’ performance.

“I can’t remember another goalkeeper being so decisive in a Champions League final in a long time,” Casillas tweeted.