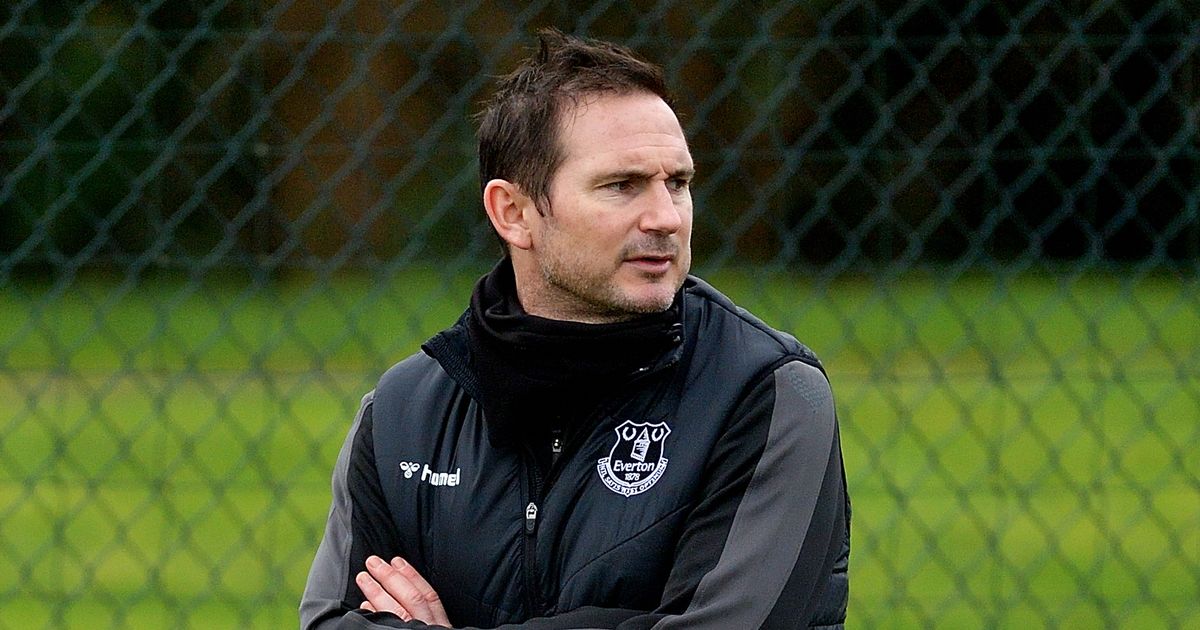 Frank Lampard has a tough task in dragging Everton up the table, but the new manager has some intriguing options for his best XI after a bold transfer window

Let’s get this straight about Everton’s transfer window strategy. It was a gamble. A huge one.

They sold perhaps their most consistent performer over the past 18 months in Lucas Digne, and replaced him with a young, untested Ukraine left-back with no big-league experience; likewise at right-back with the promising Nathan Patterson.

And the biggest gamble of all? To put the club’s Premier League survival fight into the hands of not one, but TWO players who have star status, but have been overlooked by a succession of managers at their respective clubs for 18 months or more now.

Dele Alli wasn’t trusted by a Spurs manager since Mauricio Pochettino left in 2019, and Donny van de Beek didn’t convince the manager who signed him… nor the one who inherited him.

Yet they say necessity is the mother of invention, and Everton are most certainly in need; of more goals for a start, with the relegation zone waiting with its siren call and clammy embrace.

Have Your Say! Will Everton avoid the drop this season? Tell us your prediction here.

And for, well, err, yes, invention. Exactly that. Their midfield has been so pedestrian this season, it could almost double as the crossing outside Abbey Road Studios.

There is no threat, no excitement, no energy, and very little on the front foot. Which is exactly the sort of stuff to get you relegated.

The problem was, no top player is going to swap a European campaign in the next four months, for a dog fight at the foot of the table, so they had to get – and I’ll just labour the point here – inventive in search of invention.

They did it, probably with the two best signings possible under the circumstances. Add in two promising youngsters and a wild card in the inconsistent but talented winger Anwar El Ghazi, and you have to say the window was a success for Everton.

In theory. And only the next four months will tell whether the gamble has paid off in practice, with Premier League survival.

Has been outstanding this season, one of the few success stories of a dismal campaign so far, and an automatic pick.

Won’t play all games, naturally, with the experience of Seamus Coleman around, but exciting debut for U23s, and can bring energy.

Injured for most of season, and missed massively. Lampard praying he will be fit to underpin defence for rest of campaign.

Confidence badly battered this season, but new manager aims to restore it, and ability on ball key to way Lampard wants to play.

Digne’s loss is a big blow and new signing Vitalii Mykolenko is one for future. With Everton in relegation battle, his fight is vital to stay up.

Will be out for at least a fortnight more, but should come straight back in after injury given his box to box energy.

Been disappointing, but Lampard arrival could just revitalise a player, who made huge difference when brought on in Big Dunc’s caretaker bow against Villa.

Has what Everton have been lacking, an ability to take control of midfield, and orchestrate games. Will help having two protectors around him.

Injury problems too this season, but back now and his ability to cut inside and score goals is what’s required to stay up.

Key to survival. Unless he returns to last season’s goalscoring form, Everton in trouble. But Lampard perfect to get him back to best.

Can play in number of positions in midfield and forward line, but Lampard will want goals, so expect him further up.