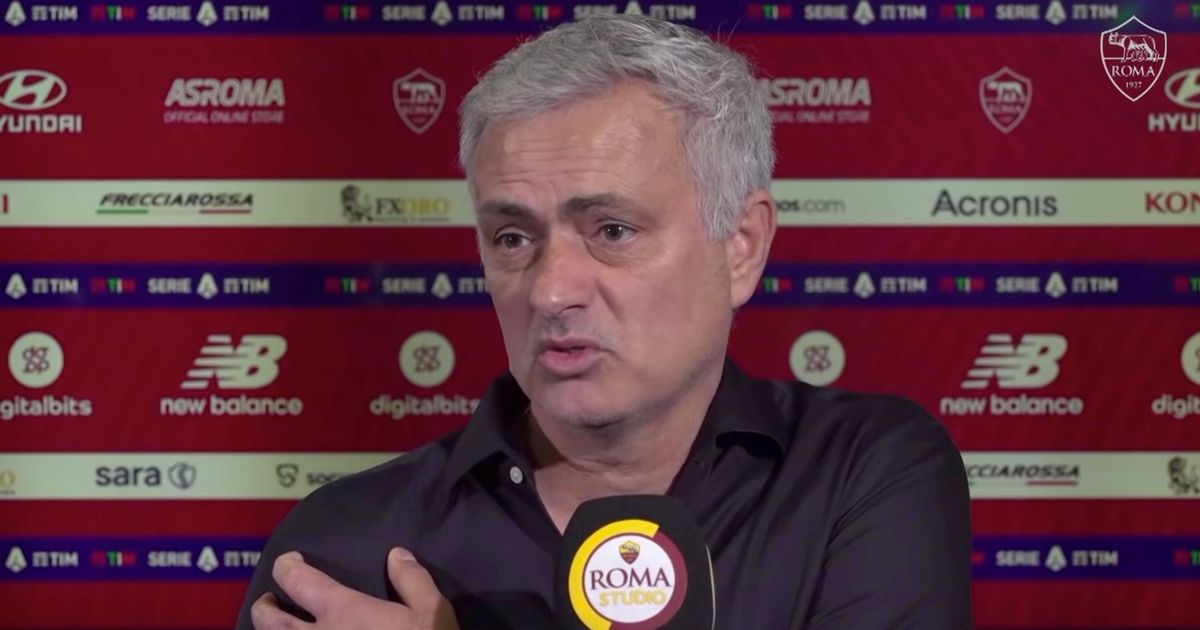 Jose Mourinho sent off during Roma’s draw with Napoli

Jose Mourinho was furious with the referee after Roma were controversially denied a late winner by VAR against Genoa at the Stadio Olimpico on Saturday afternoon.

Nicolo Zaniolo scored a stunning last-minute goal for Mourinho’s side, only for it to be disallowed for a foul by England striker Tammy Abraham in the build-up.

Zaniolo was sent off for protesting the decision with referee Rosario Abisso and Mourinho was left to criticise VAR, as Geona celebrated an unlikely point.

“I don’t want to comment on it,” said the former Manchester United, Chelsea and Tottenham manager at full-time.

Is Jose Mourinho still an elite manager? Let us know in the comments below!

Despite insisting he can’t comment, Mourinho added: “If the referee made the right decision, then our sport that many years ago became the sport that people love, then this has changed.

“If the referee made a mistake and disallowed the goal, he will be the first to be upset at getting it wrong, while for Roma it is deja vu, as this has already happened many times to us this season.

“There is also a third option, which is that Roma are considered ‘small’ in the eyes of those who are powerful.

“I leave it there, as the Mourinho who arrived here seven months ago has a different profile to before.

“Zaniolo was sent off for telling the referee what the f**k are you whistling a foul for?

“Now you tell me, would Chiellini at Juve’s stadium or Zlatan at the San Siro have been sent off for saying this?”

Geona survived 23 shots on goal and were reduced to 10 men in the second half after Leo Skiri Ostigard was dismissed for denying a scoring opportunity.

The result leaves Roma sixth in Serie A – four points behind Atalanta in fourth having played two games more – while Geona remain in the bottom three.

“Genoa are desperately playing for points to secure safety, so they play ugly and were able to bring home what they wanted,” added Mourinho.

Mourinho didn’t hold back in his post-match interview
(

“That is not criticism, because if I was in their position, I probably would’ve done the same. It’s difficult to play against a team like this.

“We tried to spread the play down the flanks, but every time the ball got to [Ainsley] Maitland-Niles and [Rick] Karsdorp, there was no depth, the players were isolated.

“We tried to change some positions, creating triangles down the right and the left, got into situations where the right cross would’ve created a goal or the finish was wrong.

“Even with XI against XI, I saw very little difference to XI against 10.

“The team that does more to win is usually the one that deserves to win, but Genoa deserve credit because they played for the draw and got what they wanted.”

In this article:Chelsea, Featured, Manchester United, Serie A