Chelsea 2-1 Plymouth: 5 talking points as Blues scrape past League One side in extra-time 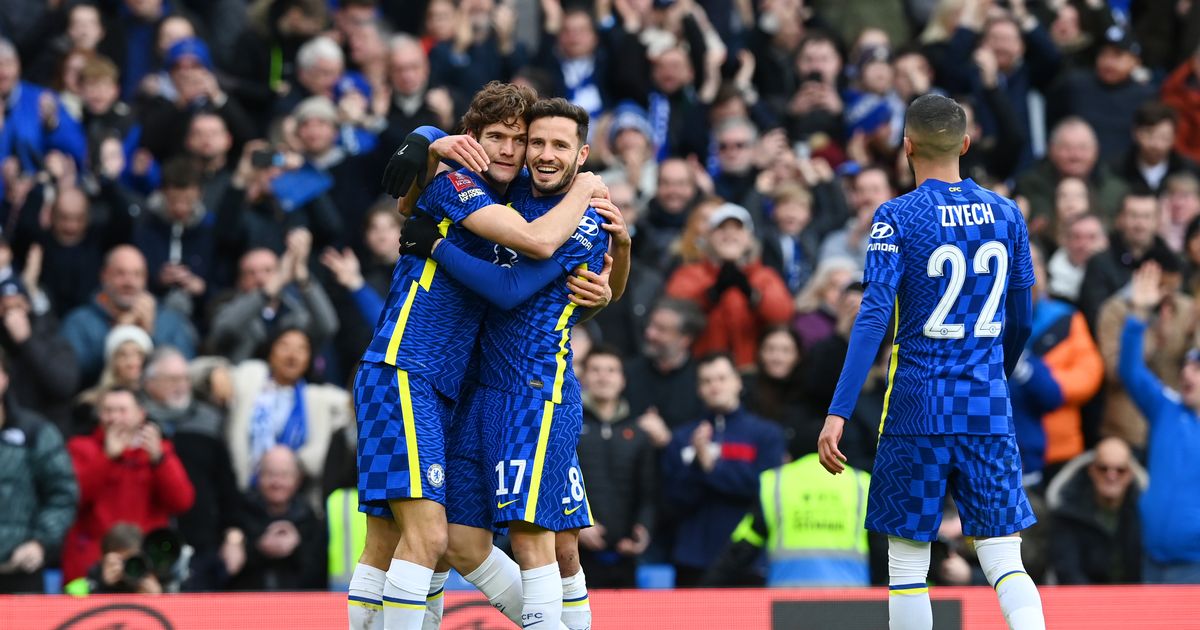 The European champions avoided a huge banana skin against a side 48 places below them in the pyramid, with a late penalty save ensuring their spot in round five of the FA Cup

Chelsea avoided a big FA Cup shock as they saw off plucky Plymouth Argyle after extra time in the fourth round.

The Blues, who have lost the last two FA Cup finals, came from behind and even had to rely on goalkeeper Kepa to make a late penalty save.

There are 48 places between these two sides in the football pyramid but that was hard to see at times.

League One Argyle sent their travelling 6,000 fans into raptures after just eight minutes when they took a shock lead. Macaulay Gillesphey’s glancing header nestled into the home net to stun the European champions.

But Chelsea equalised through Cesar Azpilicueta before sub Marcos Alonso scored in the first half of extra time.

Ryan Hardie was given a chance in the 118th minute to take the game the distance, but Kepa kept out his spot-kick to finally see off Steven Schumacher’s side.

Here, Mirror Sport looks at five talking points to emerge from the game.

This was Chelsea’s first game for 13 days and despite selecting a strong side, they showed clear signs of ring rust from the start.

They hadn’t played since a 2-0 Premier League win over Tottenham on January 23 and in the early throes of this cup clash they were found wanting.

Despite picking an almost full-strength XI, including the likes of Mason Mount, Antonio Rudiger and Jorginho, Chelsea couldn’t get going and Plymouth took their chance when it came.

The hosts rallied and levelled before the break but they were far too sluggish against opponents two divisions below them.

The fact that they were taken to extra time will not have done them any favours, especially with the squad set for a long flight to Abu Dhabi immediately after this game for the Club World Cup.

Romelu Lukaku went into this game in a poor run of goalscoring form, certainly for someone who cost just shy of £100million.

The Belgian had hit the back of the net just once in his last six outings – and that was in the previous round of this competition against non-league Chesterfield.

The first half saw Lukaku waste a clutch of chances and it was another frustrating performance from him.

The second half was hardly better with Lukaku looking a yard off the pace and far from his sharpest. In the whole 120 minutes he registered just a solitary shot. A huge improvement is needed.

A statement from the club said: “The Chelsea head coach will now follow necessary self-isolation protocols and hopes to join up with the team in Abu Dhabi later next week. The team fly out for the Club World Cup following this afternoon’s FA Cup clash with Plymouth Argyle.”

Tuchel could still travel to Abu Dhabi later in the week should he test negative.

Chelsea’s Club World Cup semi-final is set to take place on Wednesday against either Asian champions Al-Hilal of Saudi Arabia or the UAE’s Al-Jazira.

Blues’ defence continue to chip in

And it continued a remarkable record when it comes to goals from Blues’ defenders this term.

His strike was the 21st scored by a defender for Tuchel’s side this season, with fellow full-backs Reece James and Ben Chilwell both in fine form earlier in the campaign.

Azpilicueta even notched in the second half with another tidy flicked finish, but it was disallowed for offside. With Lukaku out of form, Chelsea need all the goalscoring help they can get.

Plymouth fans were in fine voice at Stamford Bridge

All game, they were not afraid to take the game to the European champions.

And when they inevitably did concede chances, they stood up firmly with goalkeeper Michael Cooper making some outstanding saves as his defenders threw their bodies on the line.

Even after missing a gut-wrenching penalty late on in extra-time, Plymouth’s supporters, some of whom set off at 3am for the trip to London, made themselves heard.

They can take more than enough encouragement into their league campaign as they look to get promotion into the Championship.