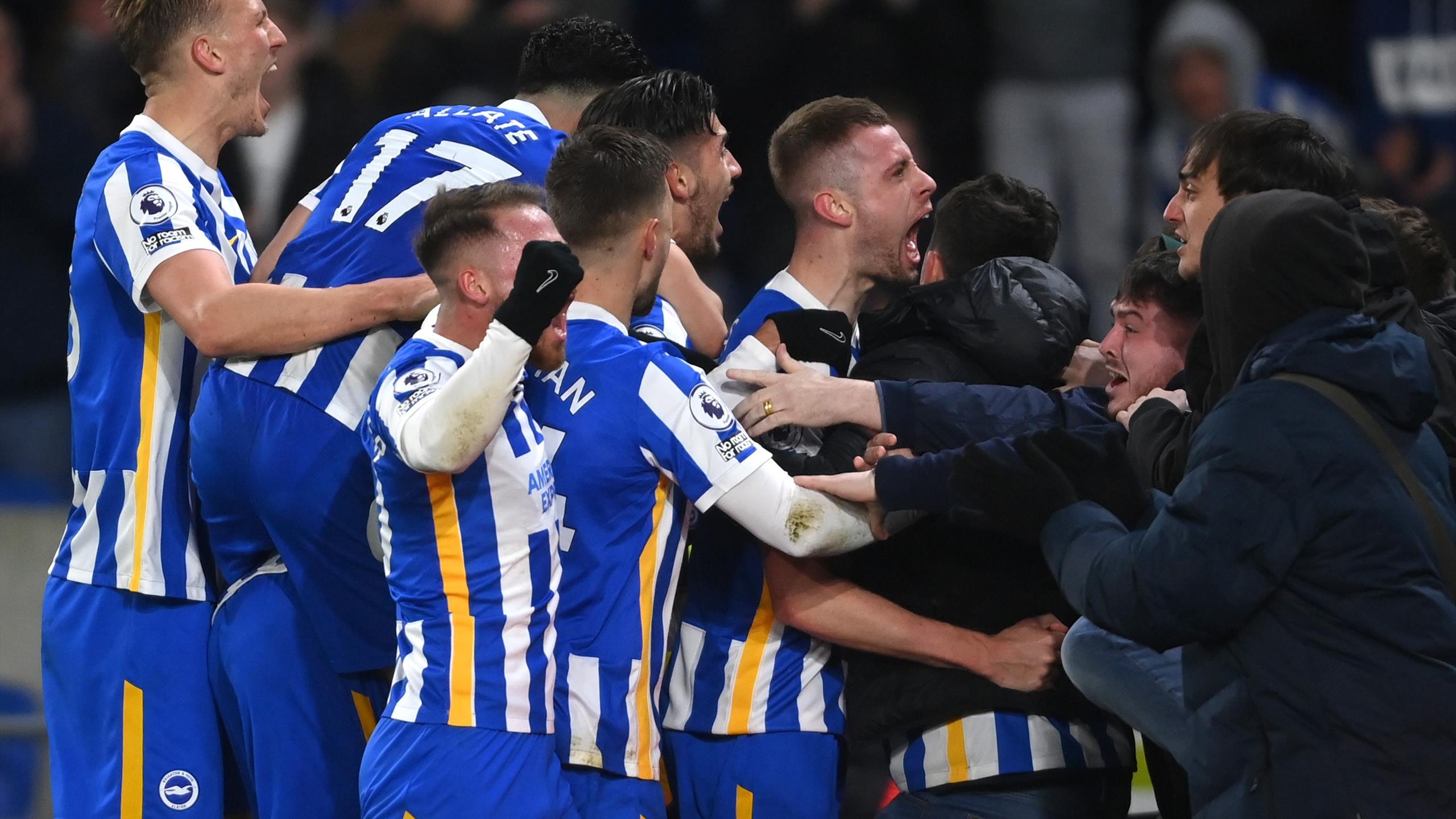 Chelsea extended their winless run in the Premier League to four games after being held to a disappointing 1-1 draw at Brighton.

Thomas Tuchel, who recalled Mason Mount, Callum Hudson-Odoi and Jorginho, saw his side make a sluggish start with a clear lack of chemistry between Romelu Lukaku and Hakim Ziyech.

But the Moroccan made amends by giving the Blues the lead with an ambitious low shot from distance which beat Robert Sanchez at his near post.

Graham Potter’s men had some bright moments but failed to register a shot on target in the first period. And the Seagulls should have equalised at the start of the second half when Danny Welbeck, who netted the equaliser against the Blues last month, was sent through on goal but he fired his shot wide.

The home side eventually got their rewards when a cleverly worked corner resulted in a bullet header from Adam Webster.

And the home side immediately brought on attackers Leandro Trossard and Neal Maupay and ended the game the stronger side, similar to the corresponding fixture, but were forced to settle for a point.

The reigning European champions, who have picked up two points out of 12, remain third in the table while draw specialists Brighton stay ninth.

The partnership did not work in the defeat to Manchester City at the weekend with the Belgian largely isolated. And it was a similar story today with the Moroccan’s through balls not matching the striker’s runs, leading to a stern exchange of words between them as they walked off the pitch at half-time.

It is clear that Lukaku prefers playing alongside another striker as he did at Inter Milan.

Mount was also anonymous after being recalled, giving Tuchel an issue in terms of creativity so it was surprising that he took until the 80th minute to make substitutions.

The centre-back has formed a solid partnership with Dan Burn and the pair did well to stifle the threat of Lukaku. And he capped off his performance with a brilliant bullet header and nearly scored a second with a solo run.

28′ – GOAL FOR CHELSEA! A speculative low shot from outside the box from Ziyech which sneaks into the bottom corner which the keeper cannot keep out.

45′ – BIG CHANCE! Lukaku tees up Hudson-Odoi who lashes it over from inside the area. Poor effort.

46′- CHANCE! Mac Allister threads it through to Welbeck in the box and from a tightish angle his effort is off target.

60′ – GOAL FOR BRIGHTON! Mac Allister’s deflected effort is pushed behind by Kepa. From the corner, a bullet header from the unmarked Webster into tbe roof of the net, that was unstoppable.

Chelsea have never lost in 14 league meetings with Brighton (W11 D3), the most the Blues have faced an opponent without ever losing in their league history.