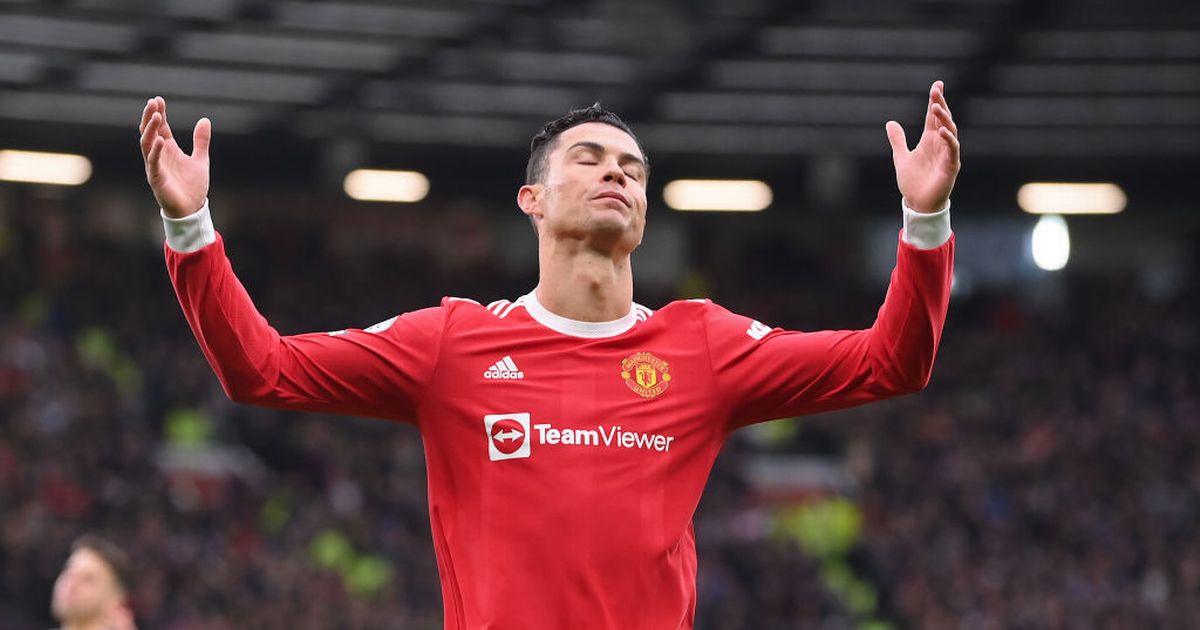 Man Utd 1-1 Southampton: The Red Devils took the lead in the first half through Jadon Sancho, only for Che Adams to level the scores moments after the half-time break

Manchester United threw away a lead for the third straight game as they were held 1-1 by Southampton at Old Trafford.

Jadon Sancho put the hosts in front during a dominant first half showing, only to allow the Saints back into the game, with Che Adams scoring an equaliser.

Cristiano Ronaldo had the first chance of the game when he thought he had opened the scoring after seven minutes only to see his goal-bound effort cleared off the line by Romain Perraud.

In an end-to-end start, both sides spurned glorious further opportunities, firstly from Che Adams for the Saints and then Sancho for United.

Sancho made up for his miss shortly after the 20-minute mark when he finished a sweeping counter-attack to put the Red Devils in front.

Southampton continued to create chances and just two minutes after the break, Adams finished brilliantly to level the scores.

The home side failed to rally from that equaliser and the Saints looked the more likely winner. But both sides were forced to settle for a point as United’s top four challenge took another hit.

Here are the talking points from the game at Old Trafford:

HAVE YOUR SAY! Do Man Utd need to appoint a new manager before the end of the season? Let us know here

It’s taken a while, but £73million-man Jadon Sancho is finally starting to look the part in a Manchester United shirt.

Against Burnley, his work-rate and endeavour wasn’t rewarded with a goal, but it certainly appeared to boost the confidence of a player that had looked so bereft of it previously.

Even before his goal, the England international looked a step quicker and a second sharper than he has previously shown.

His goal came after a lung-bursting run forward and although his finish took a slight deflection, it was celebrated as what could be a true turning point in his season.

United’s inability to kill off teams is becoming a crutch for Rangnick’s United and one which is threatening to derail his tenure.

They could have been home and hosed in the first half, but once again allowed their opponents to stay in the game.

And just minutes into the second half, Southampton followed Boro and the Clarets by equalising.

Had the Red Devils managed to hold onto their two leads this week, they would be four clear of the teams competing with them for the final Champions League berth…instead the door reminds wide open.

With Edinson Cavani seemingly unable to play two games in a week, Ronaldo was back in the starting line-up having been relegated to the bench against Burnley.

And he showed his sharpness in the early exchanges, almost ending his goal drought after just seven minutes. But on the whole, it was another frustrating afternoon for a player in the midst of his worst goal-scoring drought since 2010.

He both ‘created’ and ‘scored’ goals that were disallowed for offside, but once again, failed to truly put his stamp on a Premier League game United really needed him to.

An eye on Maguire

Rangnick stuck with Maguire despite criticism after his performance at Burnley

Rangnick resisted the urge to remove Harry Maguire from the spotlight after intense criticism of his display at Burnley.

Rio Ferdinand pointed the blame at Maguire for the Clarets’ equaliser, with certain sections of social media demanding he be dropped.

That was always unlikely after Rangnick backed the central defender in the build-up to the visit of the Saints.

“I’m pretty sure he can perform at the same kind of level against Southampton.”

And the first half looked like it would be an easy afternoon at the office for Maguire, but in the second, the visitors roared back and he continued his recent struggles.

Broja bullied Maguire time and time again in the second half and on another day, the Chelsea loanee may have netted a deserved winner.

Broja is the real deal

Speaking of Broja, If there was ever any doubt that he had a future with his parent club Chelsea, his performance at Old Trafford should dispel it.

Still just 20, the Albanian belies his age with his pace, skill and physicality already making him looking an established Premier League star.

Thomas Tuchel will have full focus on today’s Club World Cup final in Abu Dhabi, but it would be remiss of the German to have not tuned into proceedings at Old Trafford and spotted exactly what they have.