Real Madrid haven’t spent a single cent on a transfer in 532 days. The last time they did part ways with money to bring in a player was on January 20, 2020, when Reinier Jesus landed at the club.

Since, two transfer windows have come and gone and a third has just opened. But Real Madrid haven’t spent to reinforce the squad, and they’re only likely to do so this summer if they have the chance to bring either Kylian Mbappe or Erling Haaland to the capital. Otherwise, that wait for a signing will continue.

The plan for this summer is to try to repeat last summer by cashing in on some of the players at the club. Then, Sergio Reguilon, Achraf Hakimi and Oscar Rodriguez were sold, as was James Rodriguez. Others – Gareth Bale, Dani Ceballos, Take Kubo, Brahim Diaz, Jesus Vallejo, Borja Mayoral and Reinier – went out on loan.

In total, Real Madrid earned around 100 million euros last summer, and the ‘arrivals’ were Martin Odegaard, Andriy Lunin and Alvaro Odriozola, who all came back from loans elsewhere.

The only business Real Madrid did in the winter window was to let Luka Jovic and Odegaard leave on loan. Looking ahead to 2021/22, the only ‘signings’ being made available to Carlo Ancelotti are those returning from loan. Some of those will be up for sale immediately, but if they’re not sold then they’ll be counted on.

Real Madrid have, of course, signed this summer. David Alaba, though, has landed on a free transfer as his Bayern Munich contract had expired. Therefore, his arrival doesn’t change their recent transfer market movements.

The club are focused on savings so that they can fund Mbappe or Haaland’s signings when they become possible.

Florentino Perez is clear. He knows that times are tough and that’s exactly why he has put the brakes on spending money freely.

“Real Madrid have managed themselves excellently in the pandemic,” Javier Tebas recently commented. “Of all Europe’s great clubs, they’ve done the best.”

Florentino knows that this is the time to profit from the young players that have been developed at the club. He knows that the club’s future is in the hands of Vinicius, Rodrygo, Odegaard and Valverde. It’s time for them to deliver.

The president has complete trust in Ancelotti to allow them to shine. 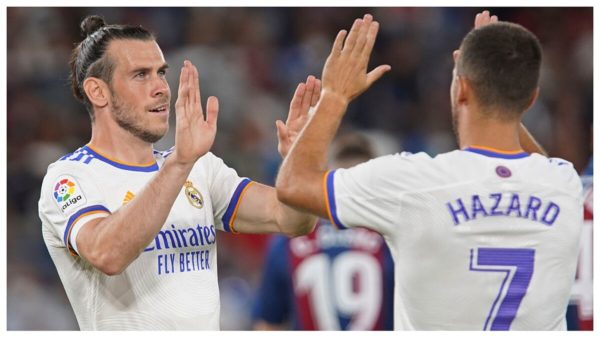 Nobody wants to leave Real Madrid

Real Madrid are in a fantastic position at this point of the 2021/22 season and the club is very much a positive place to...