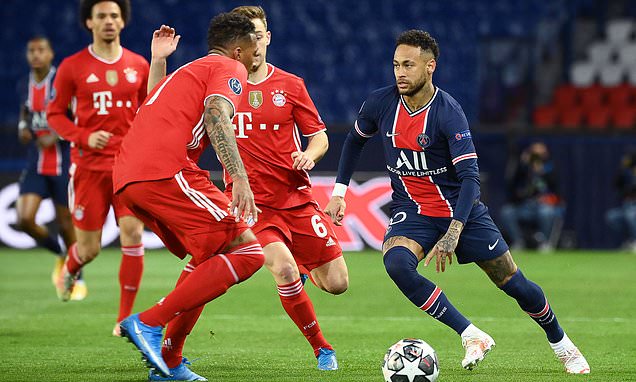 It’s now or never for Bayern Munich if they are to keep hold of their European crown, but any comeback tonight must be staged without talisman Robert Lewandowski.

The Parisians lead 3-2 thanks to a masterful performance in Bavarian which saw Marquinhos find the back of the net in between a Kylian Mbappe brace.

Eric Choupo-Moting and Thomas Muller pulled the reigning champions back in with a shout however, and will feel they can repeat the process again and capitalise upon PSG’s years of faltering in European football’s top competition.

Follow Sportsmail’s DANNY GALLAGHER for all the live Champions League action from the Parc Des Princes, as Paris Saint-Germain and Bayern Munich bid to progress to the semi-finals where they will meet either Manchester City or Borussia Dortmund.